The Evolution of Our (Unconventional) Relationship

Much like travel, life is a journey with exciting adventures, memorable experiences and many lessons learned. We’ve spent the past 8 years abroad and couldn’t be happier with our decision. We’ve seen the world and the diversity of our experience has opened our eyes and taught us so much. But as the years pass, any couple faces challenges and even the best relationships often arrive at a point of inflection. END_OF_DOCUMENT_TOKEN_TO_BE_REPLACED

7 Reasons to Book a Gay Cruise with a Travel Agent

Ready for your next gaycation? We thought so! Gay cruises are popular vacation choices because of the “no muss, no fuss” style of travel it offers. It’s an all-in-one type of holiday that includes meals, accommodations, parties, exotic locations, and the ease of meeting new people. It’s the perfect choice for those who want a guaranteed great time with minimal effort into planning all the tiny details. That’s why we’ve done it multiple times! END_OF_DOCUMENT_TOKEN_TO_BE_REPLACED

It’s the time of year when winter is setting in and you’re already thinking about the next beach vacation or tropical paradise. However, we thought we’d do something a little different this year. Instead of trying to escape Mother Nature’s fury, we suggest digging into the season on a snowy schlep in a northern destination.  END_OF_DOCUMENT_TOKEN_TO_BE_REPLACED

It’s time to plan your next escape but maybe you’re not sure where to go next. Sure, there are thousands of holiday hotspots around the world where you can relax by the beach, sample the local cuisine, enjoy the nightlife and welcoming atmosphere. But if you’re looking for a destination that combines all that plus a gay-friendly or in many cases a huge LGBT population or group of visitors, there are only a handful of places internationally that make the cut.

We’ve come up with a list of 15 of the most well-known and exciting places to visit on your next gaycation! END_OF_DOCUMENT_TOKEN_TO_BE_REPLACED

Welcome to Nepal, the birthplace of Buddha and home to the world’s highest peak, Mt. Everest.

While we haven’t personally conquered the Mother of the Universe ourselves, the soaring mountain continues to climb higher and higher on our bucket list. But with all the logistical aspects of this challenging endeavour, it’s become clear an organized tour is easily the best option. Enter Out Adventures, the only gay tour operator currently hosting treks to Everest Base Camp. Their all-gay expedition begins in the country’s capital Kathmandu before taking flight over the haunting Himalayas and landing in Lukla to adjust to the altitude. After everyone has acclimatized, laced up, and said adieu to flushing toilets, the tour sets off. END_OF_DOCUMENT_TOKEN_TO_BE_REPLACED

Why the Azores are Dubbed Portugal’s ‘Best Kept Secret’

Looking for some insider travel info? There’s more to Europe to be discovered and The Azores are Portugal’s best kept secret.

But don’t take our word for it, Condé Nast Traveller recently touted the archipelago as “the secret gardens of the Atlantic – lush and green, thick with temperate forests which feel almost like rainforest, alive with birds and a rich wildlife.” Meanwhile Lonely Planet recently wrote an article titled “This other Eden: The Azores, Europe’s secret islands of adventure”. END_OF_DOCUMENT_TOKEN_TO_BE_REPLACED

Just 90 minutes away from Boston is a tiny seaside town on the tip of Cape Cod that has as much history as it does gay culture. While many remember from history class that Plymouth Rock was where the Pilgrims settled in 1620, it was in fact Provincetown where the Pilgrims first landed before passing onto Plymouth and settling what would soon become the US. But American history aside, P-Town, like many popular, small gay getaways, has been completely taken over by the LGBT community. With a population of about 3,000, the small New England getaway boasts 40+ gay guesthouses, 10+ gay bars and clubs, 2 gay beaches while also hosting a dozen or more LGBT events throughout the year. END_OF_DOCUMENT_TOKEN_TO_BE_REPLACED

10 Reasons Malta Should Be on Your Gay Travel Bucket List

Malta is an archipelago of islands located in the center of the Mediterranean, just south of Sicily and above northern Africa. At just over 400,000 in population and 316 square km, it’s the smallest country in the European Union, but is also considered one of the most densely populated countries in the world. The archipelago consists of three islands: Malta, Gozo and Comino which offer amazing sunny weather, attractive beaches, a thriving nightlife and 7,000 years of intriguing history. But besides all the great things to do and see in Malta, the country is incredibly gay friendly. If you haven’t yet thought about visiting Malta, we’re happy to share 10 reasons why Malta should be on your travel bucket list! END_OF_DOCUMENT_TOKEN_TO_BE_REPLACED

Gay Travel is for All Ages: Venture Out and See the World

LGBT travelers are a highly sought-after subgroup within the tourism industry. They are commonly known to have high disposable income, and tourism businesses have been increasingly catering to this group both for financial reasons and for their unique travel needs. However, in targeting this subset of the larger community it often seems that young gay travelers have been favored in most marketing efforts. Gay cruises flaunt photos of younger, unattainably attractive gay men in their 20s, 30s, and 40s, and gay-group tour companies often use similar strategies to attract travelers to beach destinations and circuit parties in big North American and European cities. Quite frankly, it’s no surprise because we all know sex sells. However, that approach really only shows one small segment of a much more diverse community of LGBT travelers. What about gay travelers over 40 and 50 or those that don’t fit the stereotypes we see in all the ads? END_OF_DOCUMENT_TOKEN_TO_BE_REPLACED

Fancy a gay getaway complete with charming chalets, rugged lumberjacks and all sorts of water sports? Who doesn’t? Canada’s outdoors is the perfect place for gay travelers to spend the summer for a mix of active holiday and relaxing retreat. The country’s outstanding hospitality makes anyone and everyone feel welcome. Canada has long been ahead of the pack with regards to LGBT equality. In fact, it was the first country outside Europe to legalize same-sex marriages back in 2005. Our friends at Out Adventures want to be sure gay travelers have the opportunity to check out the country’s amazing Ontario region with a stop in a modern metropolis and an escape to the “Hamptons of the North” during a week-long summer trip over Canada Day and Independence day. END_OF_DOCUMENT_TOKEN_TO_BE_REPLACED 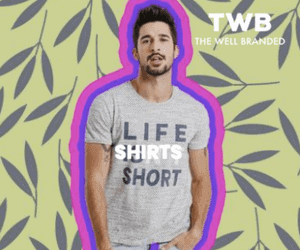