Bathhouses date back to the Roman Empire and since same-sex activity wasn’t that taboo during Pagan times, you can’t help but think that things happened. It wasn’t until the late 19th-century that bathhouses came to the US as just a place to bathe, but that soon changed by the mid-20th century when they were frequented by closeted gay men with the American gay bathhouse scene reaching its peak in the early 1970s. Today, gay bathhouses or gay saunas can be found in cities around the world. Although smartphones with hook-up apps are a convenient way to cruise, nothing can replace these gay institutions where you can live out your erotic fantasies with guaranteed action and without judgment (or endless swiping).

When you step inside a typical gay bathhouse, you’ll get a towel and locker and then find your way around amenities like a pool, jacuzzi, bar, open showers, steam rooms, saunas and private rooms/cabins. Some even have dark mazes, fetish dungeons and orgy spaces. Most offer some sort of membership, but you can often purchase a one-time pass. Some gay bathhouses even cater to a specific clientele like bears, leather, twinks or jocks. Before visiting, check their website/social media as many are open 24/7, yet draw a crowd for themed nights like fully naked, underwear only and leather/kink. No matter what you’re into, check out our list of the top 15 gay saunas and gay bathhouses around the world.

Alexander Sauna – this is Athens' most popular gay sauna located in the heart of Gazi. You can’t miss the Alexander – it’s one of the tallest buildings in the area with a huge rainbow flag on the side. It’s a clean facility with 4 floors of different spaces. Entrance is 15€ or 7€ if you’re under 30 years old. This is the gay meeting place for both visitors and locals and you can even rent a hotel room in the same building.

Der Boiler – one of the most popular saunas in Berlin located in Kreuzberg. You’ll find a combination of traditional spa amenities plus plenty of darkroom adventures. There’s a nice bar on site with drinks and snacks. Very clean facilities, nice looking guys with a wide range of ages. It’s worth the 20€ entrance price and is open every day of the year.

Sauna Paraiso – without a doubt, the nicest and most popular sauna in Madrid. Entrance is 18€ but it’s clean and worth the price. You’ll find all the expected amenities in this large sauna including lockers, pool, jacuzzi, steam room, dry sauna, private cabins, showers plus vending machines and an onsite bar. 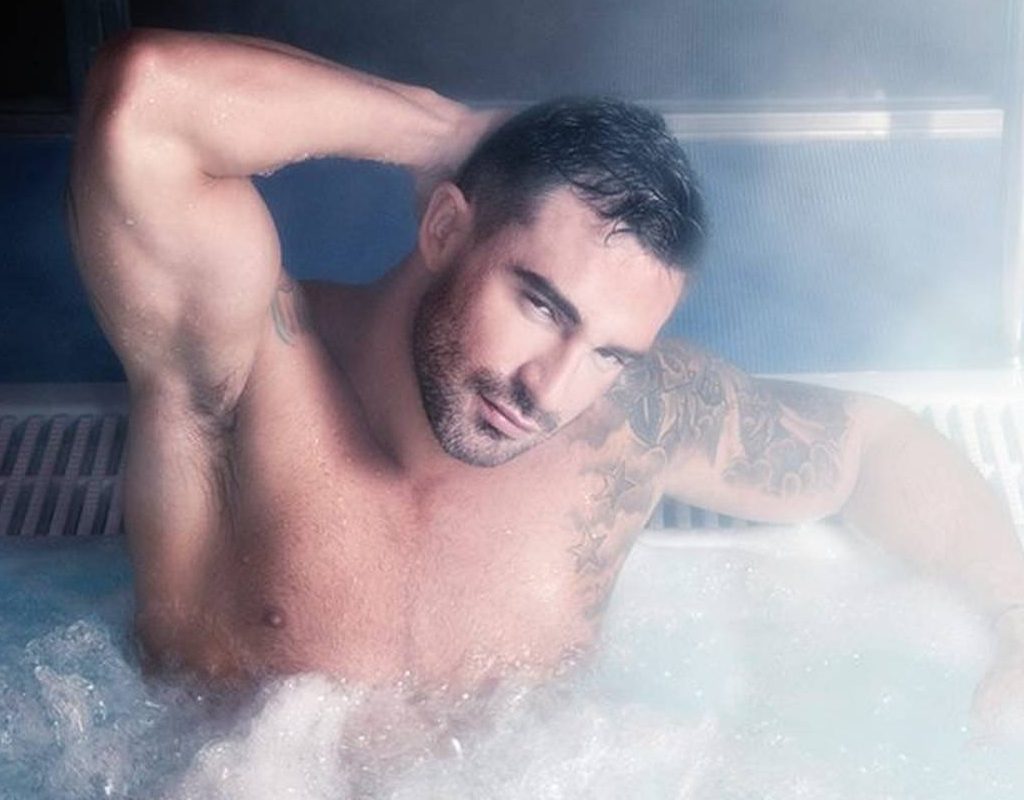 Spartacus – Puerto Vallarta’s only gay men’s sauna and bathhouse. This is a very clean, European-style sauna with lockers, private cabins, mazes, darkrooms, outdoor rooftop pool, jacuzzi and more. Open from early afternoon until 7am on weekends and holidays. The facility is located right in the heart of the Romantic Zone and and near all the popular gay bars and clubs.

Sun City – Very popular and huge gay sauna. Facilities include a gym, cinema, bar plus all expected amenities in a high quality, European sauna including steam rooms, jacuzzi, swimming pool, dark rooms, private cabins and more. The sauna is open 7 days a week from noon until 2am. Hours are extended until 6am on weekends.

The only gay sauna in Amsterdam is called Nieuwezijds. The large facility offers a Turkish bath, steam room, Finnish sauna, jacuzzi, dark room and private cabins. The sauna also offers massage services for purchase. Admission is 22€ and includes a free drink with entrance. The Sauna is open from 12pm-2am 7 days a week.

Trombeta Bath – this is by far the most popular sauna in Lisbon. It’s located in Bairro Alto near many of the other gay bars. Clean place, newly expanded and comes highly recommended by locals. Entrance costs 14€ and 9€ for students. Definitely a popular place on weekends after the bars and clubs close.

Steamworks is a private men's gym, sauna, bathhouse for men 18 years and older… you know, men looking for other men! Cabins are only available for rent but there are plenty of public spaces to play as well. No alcohol is served in this facility but you can purchase a variety of snacks and non alcoholic drinks. Steamworks is located in The Village, Toronto’s popular gay neighborhood and includes are the standard amenities.

Europa Multiclub – A large gay sauna  with steam room, Finnish sauna, 3 hydro-massage pools, cruising area with labyrinth and dark room, private cabins, video room, gym, locker room with safe deposit boxes, massage room and bar. Open 7 days a week, every day of the year. This is amust visit place for gay men who travel to Rome and it’s one of the top gay bathhouses in Europe. The perfect place to relax, unwind and meet like-minded guys.

Sauna Casanova – one of the most popular saunas in Eixample, which is Barcelona’s gay neighborhood. This sauna is located on multiple levels and offers both small private cabins as well as large cabins available to rent. Facilities include lockers, pool, jacuzzi, steam room, dry sauna, showers plus vending machines and an onsite bar. The facility is open 24 hours and they charge a 15€ entrance fee.

Cómplices Spa – popular gay sauna in Bogota with video bar that caters to a younger crowd. It features clean and modern facilities with a steam room, jacuzzi, Roman pool, private rooms and lockers. Enjoy strip shows and themed parties throughout the week, but it’s most popular on Fridays.

The Hothouse – a stylish, upmarket European-style sauna featuring private cabins, bar, lounge, steam, sauna, jacuzzi, maze and showers. It’s located in the heart of the gay village. Luxurious double volume lounges, fireplace, bar and a sundeck/night time bar – The Social Bar – with the most spectacular views also onsite. Hothouse has been rated as the top Sauna in South Africa and one of the top gay saunas in the world.

Royal Hammam – offers an upscale and relaxed sauna experience with a swimming pool, terrace, Turkish bath, dry sauna, jacuzzi, dark room and bar. It’s important to point out that you’ll probably need a membership card to enter the sauna. This is common practice throughout much of Italy so don’t be surprised if you’re asked. Luckily, it’s easy for foreigners to buy the membership as most places will sell it to you at the door.