5 Things We Love About Gay-Friendly Manchester

5 Things We Love About Gay-Friendly Manchester 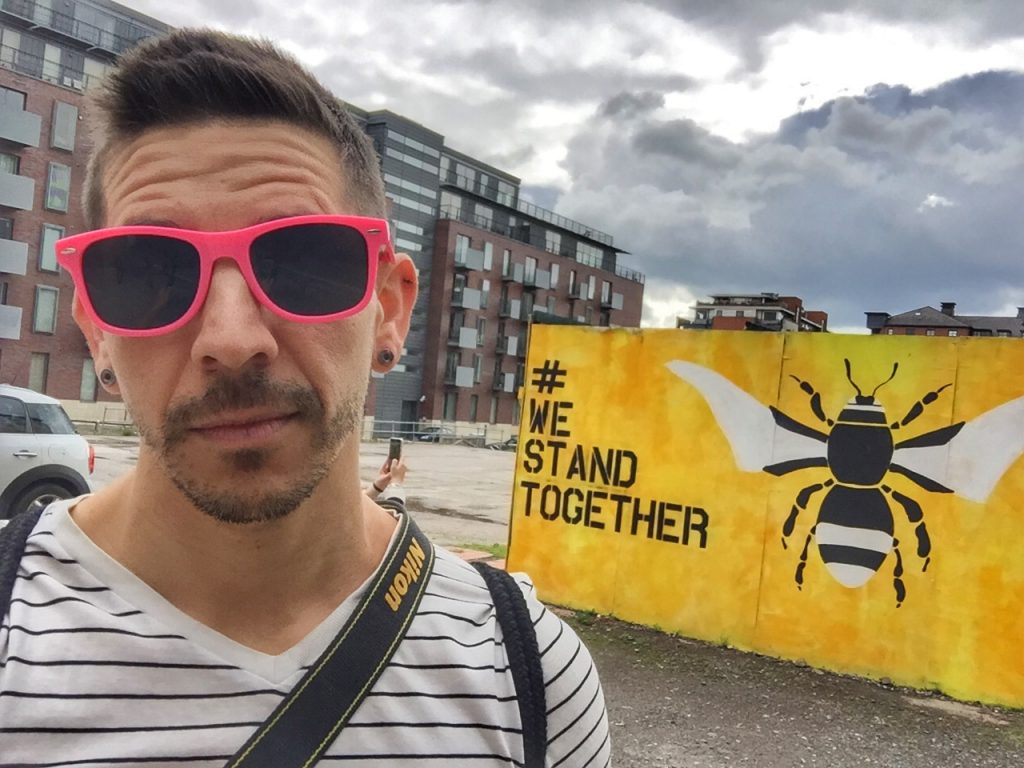 Manchester has a huge LGBT population and the city has a reputation for being one of the most gay -friendly in the UK. It’s common to see same sex couples showing affection in the city center and Manchester’s gay scene itself is almost unrivaled in country. Unlike other English cities, Manchester has a very developed gayborhood most often referred to as the ‘Gay Village.’ Most of the activity takes place on or around Canal Street, which has been closed off to form a pedestrian area of roughly 300m in length lined with different venues including bars, clubs, shops, restaurants, hotels and more. The prominence of Canal Street was brought to an even wider audience in the late 1990’s through the British TV program “Queer as Folk,” which was later remade into an American series by the same name. 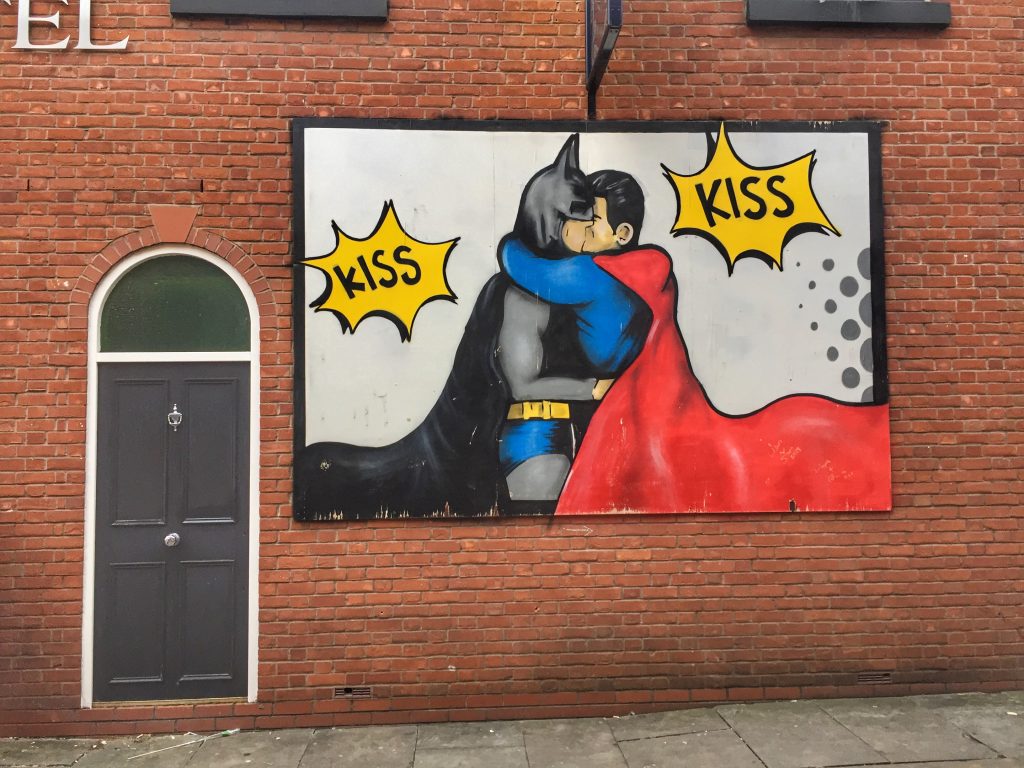 As a working-class city, Manchester became a powerhouse for the UK during the industrial revolution. While London was all about the government and monarchy, Manchester was always about the people. The struggle of the common citizen in both Manchester and the UK is told in a series of exhibitions at the People's History Museum. With stories from the early 19th century to present time, this is one of the few museums that recounts history through the commoner’s eye rather than those in power. During our visit, the museum was hosting a special LGBT exhibition that shows the progress (and setbacks) of the UK fight for equality. The museum is worth a visit and makes a great addition to any visit to Manchester, plus entrance is free!

Manchester has a strong Asian community and has a distinct neighborhood located right in the heart of the city. The community has been strong for more than half a century and the cultural significance to the city continues with Manchester's large Chinese student population attending local universities. You can tour all of Chinatown in about an hour or two and there are plenty of great shops and restaurants to sample the local fare, from Cantonese dim sum at Yang Sing Restaurant to a quick and casual boba tea at Chatime. In addition to Chinese venues, there are a handful of other Thai, Japanese, Vietnamese, Singaporean and Malaysian shops, restaurants, bakeries and supermarkets. 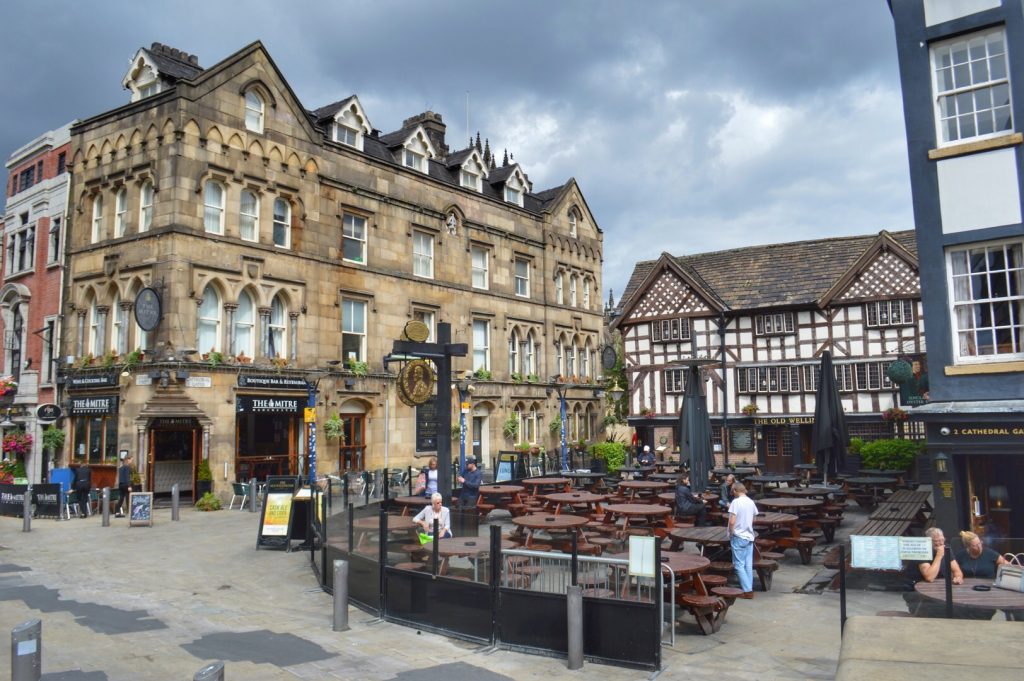 In all honesty, we probably spent more time enjoying the food and drink scene more than sightseeing itself. Starting from morning to late night, Manchester has tons of options to appease your appetite. If your accommodation doesn't offer breakfast, we highly recommend heading to Ziferblat for a huge spread plus Wi-Fi, board games and various other services. The locale is a co-working space where you pay by the hour, but morning is the best time to go to take advantage of their awesome breakfast buffet for under 5£. For a quick and cheap lunch, we enjoyed a slice of pizza and beer at Crazy Pedro’s. If you're craving a fancy drink head over to the Ginnside Terrace at the Innside Manchester Melia hotel for a top notch gin tonic, complete with outdoor views to people watch as your sip your freshly prepared cocktail. If you’re looking to dine in style, check out The Refuge, which is an elegant hotel in the city center with a large and open dining room supported by gorgeous ceramic pillars with an international menu. The location also features a beautiful bar and a stylish winter garden with plenty of light, even if the weather isn’t on your side. Check out the Visit Manchester website here for more dining recommendations in the city.

Manchester is a big city but many of its interesting sites arecentrally located and easily navigated by foot or via the local tram system. We stayed right in the center at Roomzzz Manchester, just steps from the Gay Village, the train station and most of Manchester's touristic sites. Your best bet is to stay in a central location so you can easily hit some of Manchester's top places like the John Rylands Library, Manchester Art Gallery or Manchester Town Hall. The Lowry is also worth visiting, which is a beautiful and ultra-modern performing arts theater just outside the center.

Looking for tips to have an extra gay weekend in Manchester? Check out a few of our recommendations to queer-up your visit.

Go for super cheap drinks at G-A-Y for happy hour, located right at the start of Canal Street.

If the weather is good, go for lunch and early drinks along the super queer Canal Street – the pedestrian friendly ‘gayborhood' lined with bars, clubs, restaurants and cafes.

Walk the LGBT Heritage route – you’ll find a series of rainbow mosaic plaques located throughoutthe city, which highlight significant events and milestones in the fight for LGBT equality. More info on the LGBT Heritage Walk can be found here. 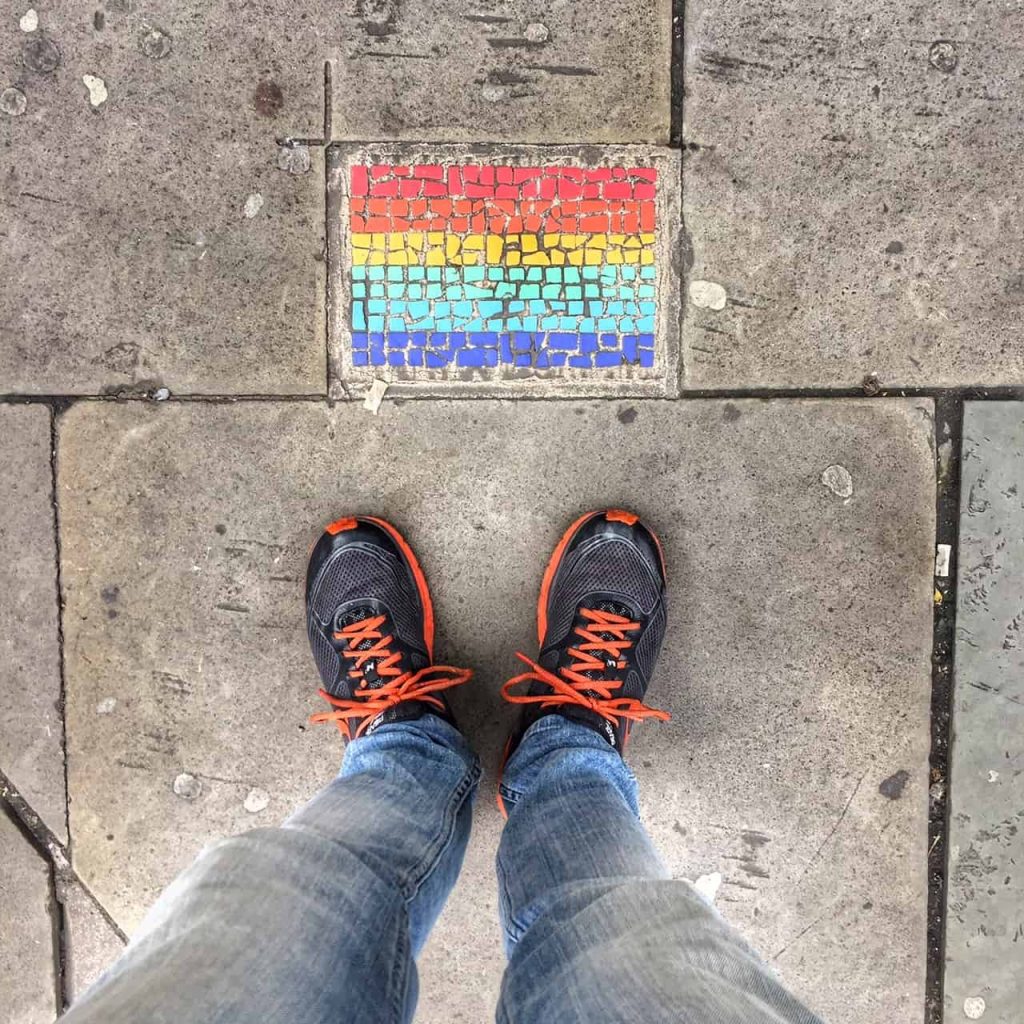 For more information on the LGBT offering in Manchester, check out this page provided by the local tourism office.

Which activity in Manchester sounds the most exciting to you? Let us know in the comments below!

Note: Our visit to Manchester was sponsored, however rest assured all opinions are 100% our own. Also, some of these links are also affiliates which means using them won’t cost you any extra but we do receive a small commission for each referral. You’re not obligated to use them but we appreciate it if you do. Thanks in advance for supporting this site if you choose to use our link!