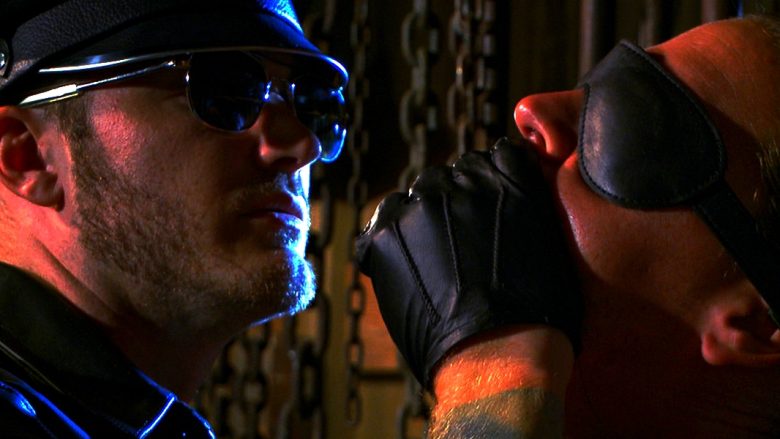 We have mentioned quite a few times how active Berlin’s gay life is. However, the lack of gay saunas the German capital has in comparison with other cities is simply astonishing. This may be related to a preference in taste for Berliners and not a complete distrust for casual encounters, because there are many gay cruising areas and gay cruising bars in Berlin. The number of gay cruising bars in particular Berlin is quite impressive.

Some of them opened decades ago, and others have opened more recently. Gay cruising bars in Berlin close quite late in the night (if they do it at all, as some venues open 24h) and some of them are a good place to have a drink and dance listening to a good DJ session. Berliners are also pioneers in a new concept: the gay cruising nightclub!

In this article, we present you some of the most popular gay cruising bars in Berlin.

If you like gay cruising bar with history and that hint of the good old days with plenty of men in leather, Mutschmann’s is your go-to. The first floor has private rooms, while the basement has a dark room area where pretty much anything can happen.

To get into Mutschmann’s you must follow their strict dress code, which goes from leather to uniforms or even… naked! It is usually on Thursday when the naked party takes place. However, if you are curious about the place but your wardrobe has never seen a leather vest or an army trouser, on Wednesdays they have a more permissive entrance policy.

New Action is another classic in Berlin’s gay scene, having opened its doors back in the 80s, in the heart of Schönenberg. It has become the favorite gay cruising bar in Berlin for fetishists who love leather, latex and, of course, sex cruising. Despite it being open for so many years, New Action has been refurbished and counts with two bars, a huge dark room, and many discreet corners. The nudist party takes place on Wednesdays. As a club, it is definitely not a good choice for the shy guys!

Last, it is not exactly a gay cruising bar in Berlin but Lab-oratory is even better: a gay cruising nightclub! Can you imagine a place where you can spend the night dancing house and techno music and get lost in a huge, dark gay cruising area? This place exists and it is actually very popular, with hundreds of guys constantly looking for action with an open-minded attitude.

Lab-Oratory takes place in a huge industrial building (Berghain’s Club) and has become one of the best gay cruising events in the continent and many hot men enjoy their good music sessions and dark corners. An increasing number of hot gay guys, muscled, slim, young or mature, have become loyal regulars who don’t miss a chance to visit the club!