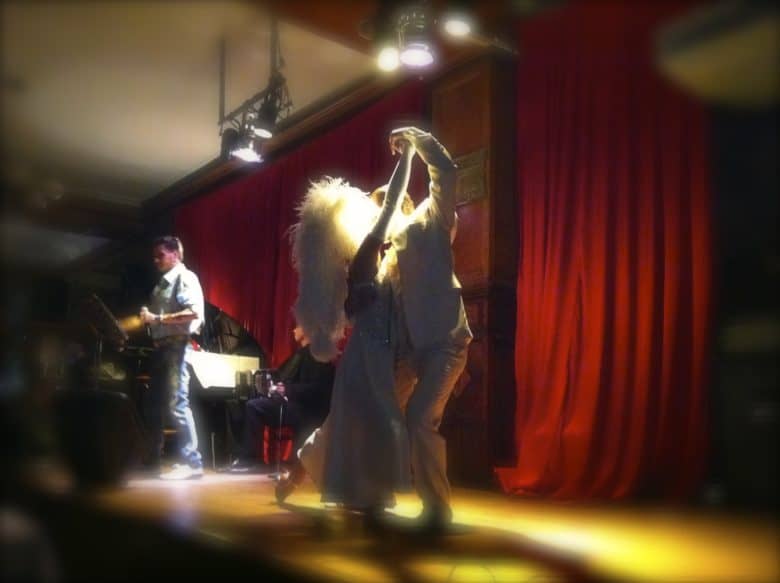 We spent seven fantastic days in Argentina's capital of Buenos Aires even though we could avoid the reciprocity fee to enter. The European-esque city with that Latin flavor has plenty to offer from it’s mix of architectures, local wines, unique dance styles and fascinating cultural history that’s visibly changing and progressing every year. We were fully engulfed in all there is to experience there and this was in part due to an added travel buddy, Ed from RexyEdventures, who met us in Buenos Aires for our last 3 weeks in South America.

Having been traveling for nine months at this point, Auston and I could feel our travel enthusiasm draining with every overnight bus ride and hostel stay in every new city. So a refreshed and energized travel companion was just what we needed to get back in motion! 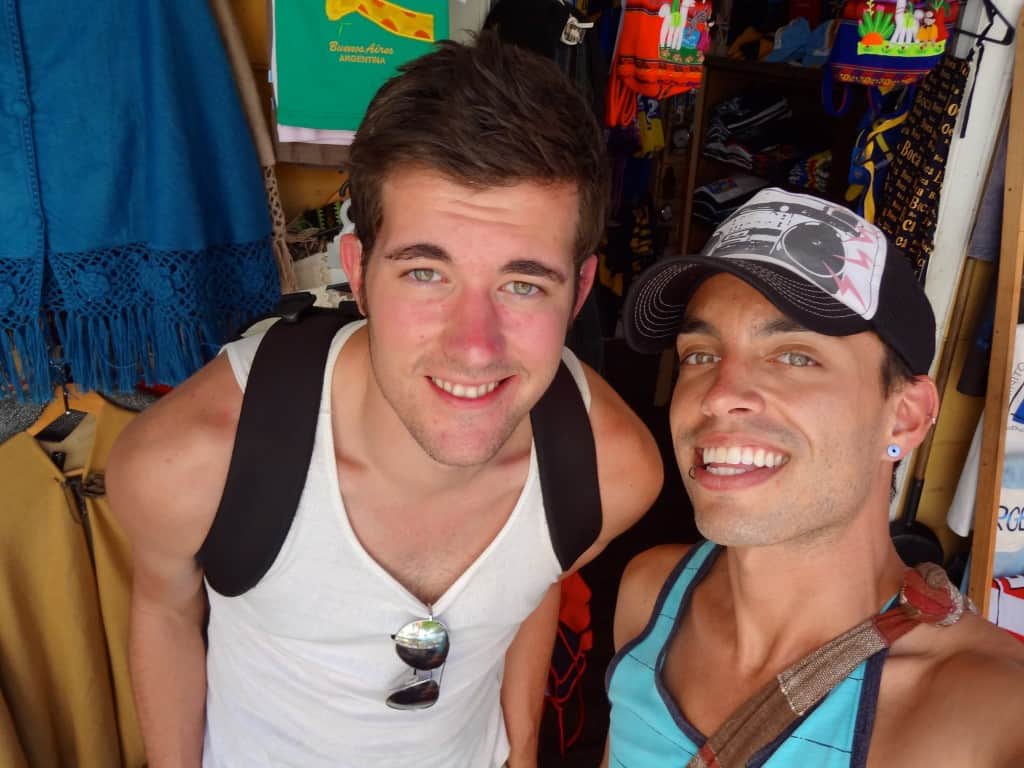 To experience some of the gorgeous architectural history and decor of the city, we stopped by El Ateneo Grand Splendid, a former theater that was converted into a remarkable bookstore. It’s nice to explore and appreciate the beauty, but we weren’t about to break the bank for one of their overpriced books. We also made our way to the Cementerio de la Recoleta (Recoleta Cemetery) which I thought was a very odd sightseeing activity. I don’t ever plan on dying (though I admit haven’t figured out the details to this plan yet) so why walk around a depressing cemetery looking at graves? 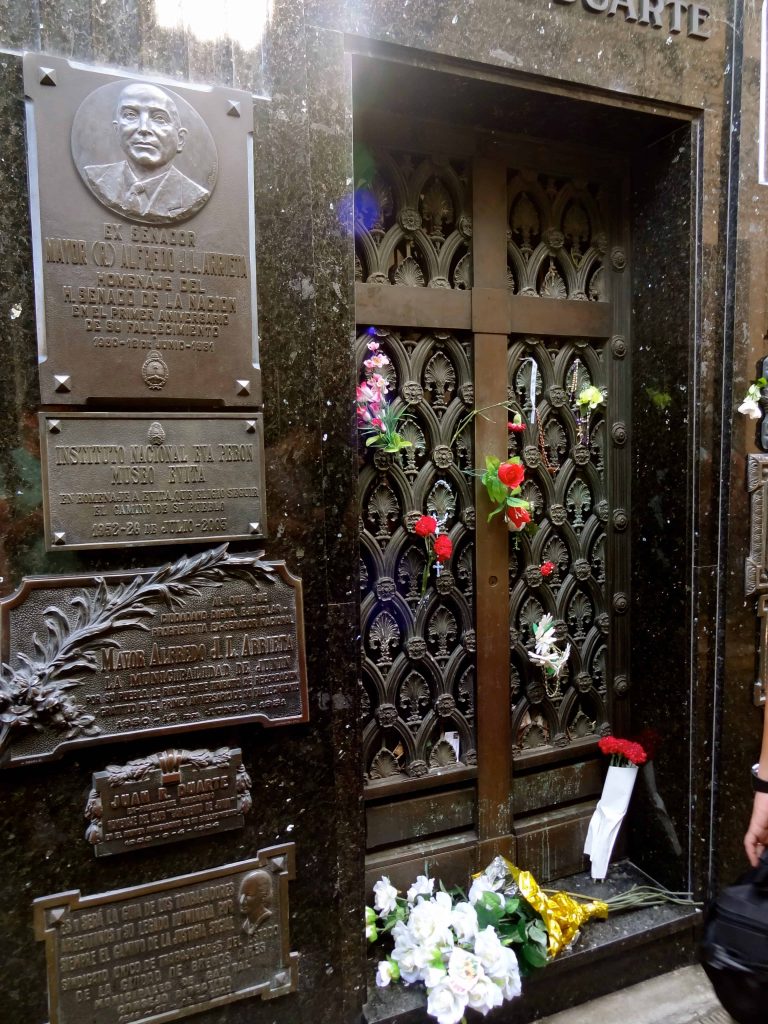 Well as I found out, they’re elaborate, beautiful and nothing like an ordinary cemetery that’s why! And of course, it’s where the infamous Eva (Evita) Perón, former First Lady of Argentina, is buried. You will almost always find a crowd of tourists around her mausoleum snapping pictures – though we found it quite bland in comparison to some of the really over-the-top gaudy ones that populate the cemetery.

Ed also found us an excellent free 3-hour walking tour of the city that was much better than some of the paid ones we’ve done. It was so good that it held our attention for almost a full 2 hours before we got bored – that’s a record for our short attentions spans! Our guide explained a lot about Argentina's complicated political history including los desaparecidos (the disappearances of tens of thousands of people during the Dirty War), the Guerra de las Malvinas (Falklands War), and about the general demonstrations that go on today around the city almost daily. 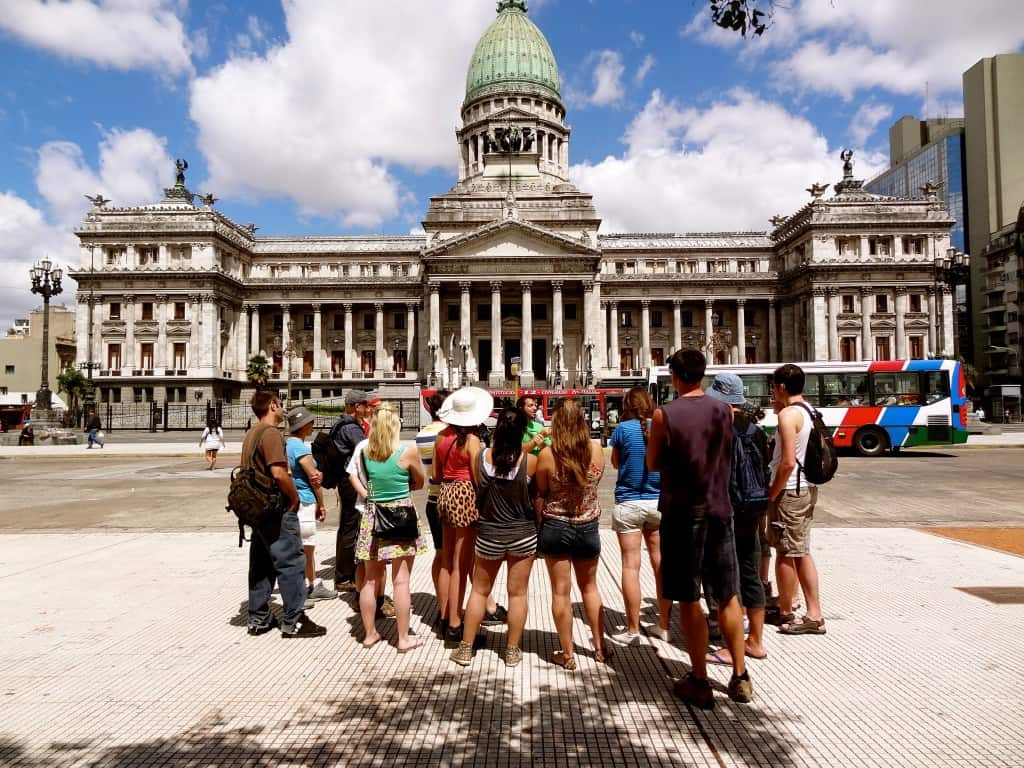 Another night we decided it was time to see what the tango is all about so we found a dinner and tango show going on in the city. It was entirely in Spanish and with the Argentinian accent combined with how quickly they spoke, Auston and I couldn’t follow anything that was going on. Of course, we enjoyed the dancing and singing regardless, but why a random drag queen was on stage halfway through the show exchanging witty banter with the main entertainer is still a mystery to us. 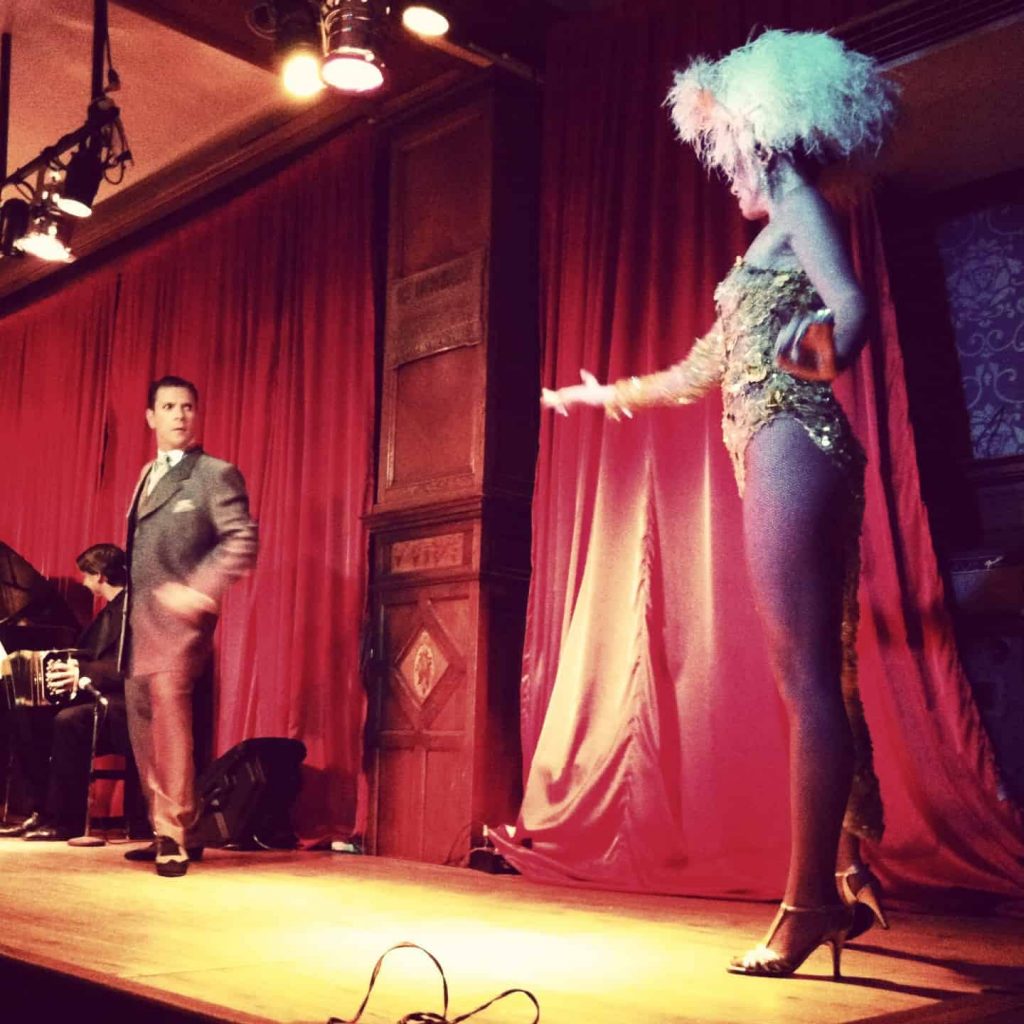 Our last day of sightseeing was spent in the Buenos Aires district of La Boca. We’ve rarely felt unsafe while traveling around the globe, but this was the first time we actually thought “There’s a good chance we’re going to get mugged.” Our guide book suggested a couple buses we should catch to get to La Boca, but when we saw a different bus that was heading there we decided there was no reason to pass it up. Well this bus dropped us off in a different location of La Boca than we wanted. A bad location. A dangerous location.

We knew La Boca had sketchy parts, but we also knew that tons of tourists visit the street of Caminito, where many tango artists perform and that’s where we were headed. But as soon as we got off the bus we could tell we were in the wrong part of town. Still, we knew where we were headed and proceeded on. When we saw two police officers, I thought “Perfect, we shouldn’t have any problems with them around.” Except that they walked right up to the three of us and asked if we were tourists. Once we responded in the affirmative, they told us we shouldn’t be there and that it wasn’t a safe area. 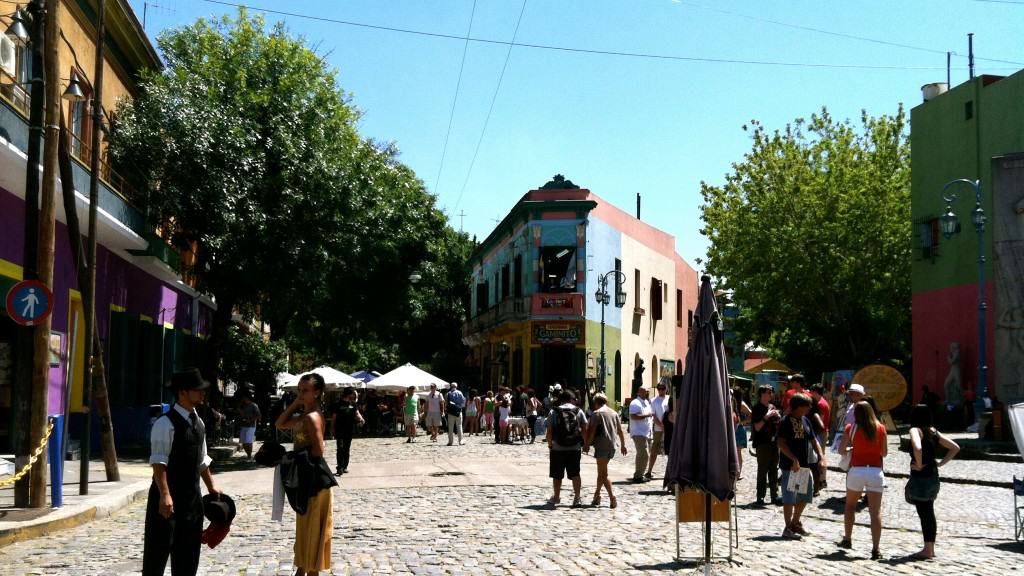 So we quickened our pace and kept our mouths shut as we looked for the safer tourist area. It wasn’t far and we made it there with no disturbances thankfully. Later when we were in Mendoza, we met another traveler who wasn’t so lucky and was mugged in La Boca – so we lucked out. But Caminito in La Boca is worth seeing. It’s a colorful and vibrant area with plenty of restaurants, shops and dance performances to check out. On the way back, we had learned our lesson and made sure to get on the right bus out of there!

By the end of our stay in Buenos Aires, we decided that (unlike Santiago) the city passed the “Would we live here?” test with flying colors. It was one of our favorite locations that we visited in South America and I have a feeling we'll be seeking excuses to return.

6 Comments on “Sightseeing And A Near Mugging in Buenos Aires”