Rome is one of the quintessential destinations for any visit to Europe. The history, architecture and culture of this city are one-of-a-kind and are rivaled by few places in the world. But while it offers such a variety of sites and experiences to any traveler, it’s severely lacking a gay scene or even an acknowledgement that the community exists. No, Rome is not a “gay destination” and the Vatican City is one of the last places you’d think to find any tours for LGBT visitors. END_OF_DOCUMENT_TOKEN_TO_BE_REPLACED

Winter time is here and for us that means hitting the slopes as many times as possible! We recently heard about the Barcelona Gay Ski Week called Snow Pride BCN and decided to add it to our travel plan for January. Though not as big as its gay ski week cousins in the French Alps like European Gay Ski Week or European Snow Pride, it is the only gay ski event in Spain. Plus the prices for this year’s event are a bargain! You can get 2 nights hotel, 2 days lift tickets, gondola access, all meals, bus transfer from Barcelona and access to all events and parties for just 240€  or $300 USD per person (price for double room) . If you’re a skier or snowboarder you already know that this deal is amazing and frankly, it’s one of the reasons we’ve decided to go. END_OF_DOCUMENT_TOKEN_TO_BE_REPLACED

If you’ve never considered a visit, then you need to start reconsidering because there are many surprising attractions in Rotterdam. Sure, it’s overshadowed by more famous cities like Amsterdam (the most popular visit in Holland), Brussels or Paris which are all nearby. But Rotterdam is not to be overlooked! It is entirely Dutch and European but incredibly different. So as you plan your next trip, consider these 10 reasons why you should visit Rotterdam. END_OF_DOCUMENT_TOKEN_TO_BE_REPLACED

Wuppertal: Where an Elephant Rode the Monorail (Unsuccessfully)

Back sometime in 2011, Auston and I were still living and working in Chicago while planning and saving for our round the world trip. The details of this one year journey had not been worked out yet and we savored every possible destination. We really felt like we could go anywhere and see anything. It’s a liberating feeling to say the least. The odd side to this is the inexplicably random inspirations you can get to visit peculiar cities. I had just a random inspiration for Wuppertal, Germany. END_OF_DOCUMENT_TOKEN_TO_BE_REPLACED

A Look into the Art Scene of Düsseldorf

Though we visited Düsseldorf at the end of February/beginning of March, our time in the city was not entirely consumed by the Carnival celebration as we took a peak into the cultural and artistic offerings as well – also checking out human-size spiderwebs suspended from the ceiling and rooms upon rooms of opera costumes. We met our tour guide, Caroline from RhineBuzz, in the lobby of our hotel where we exchanged pleasantries and then were off to explore. During this 2-3 hour ‘We Love Art’ tour, I would experience a surprising fondness for the makings of an opera followed quickly by a most terrifying, life-threatening moment brought on by… art. Yes, art.  END_OF_DOCUMENT_TOKEN_TO_BE_REPLACED

The first reaction I received from the reception at my hostel in Rothenburg (officially named “Rothenburg ob der Tauber”) was, “Oh wow, you’re staying for 2 nights!?” I replied, “Yes,” not sure why the surprise. I later learned that Rothenburg is one of those cities typically visited on a day trip with a  Romantic Road tour group or with just one accompanying night at a hotel. It’s true that the town is small and many of the highlights and tourist attractions can be seen in a day. But I recommend staying at least one night or more, with enough time to explore both on the day of your arrival and departure. 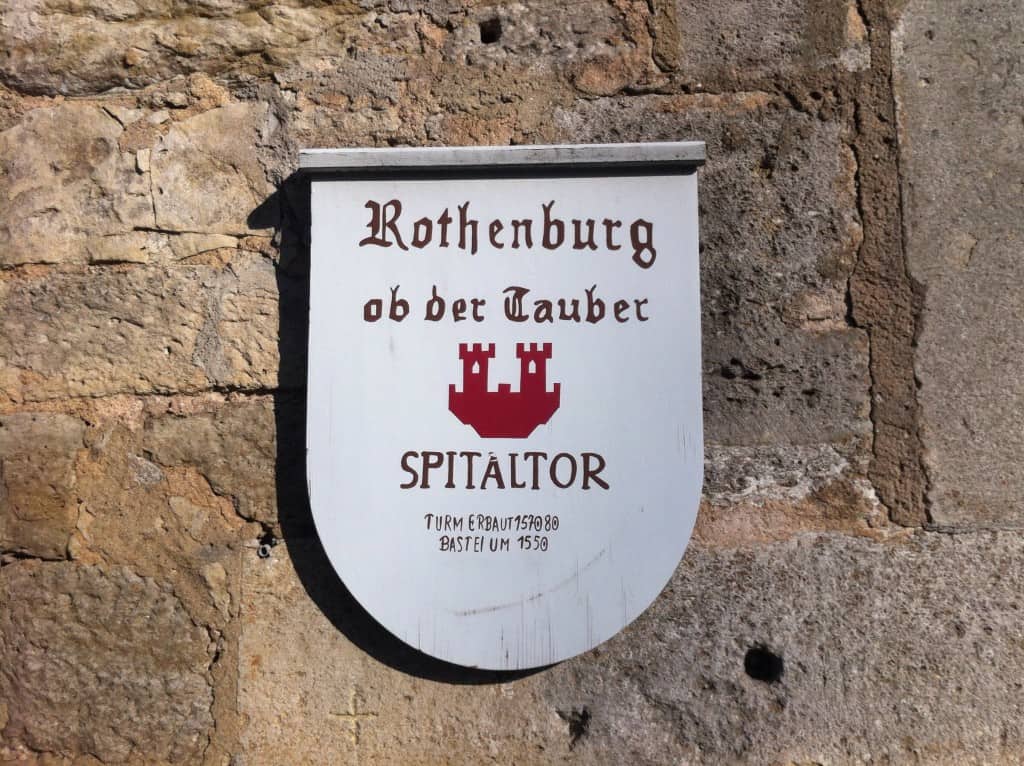 END_OF_DOCUMENT_TOKEN_TO_BE_REPLACED

Luxembourg Worth Visiting? 5 Things To Do in Luxembourg City

This is one question I’ve asked myself for a while. Now living in Europe for nearly a year, it’s easy to travel within the European continent because it’s so small and well connected. Virtually every major city is connected via budget flights, train and buses. I’ve always known about Luxembourg but had no clue what to expect. What could such a small country, often overlooked by more famous cities nearby like Paris, Brussels or Amsterdam, really have to offer? And the bigger question…do you even know what to do in Luxembourg to get the most out of your trip? 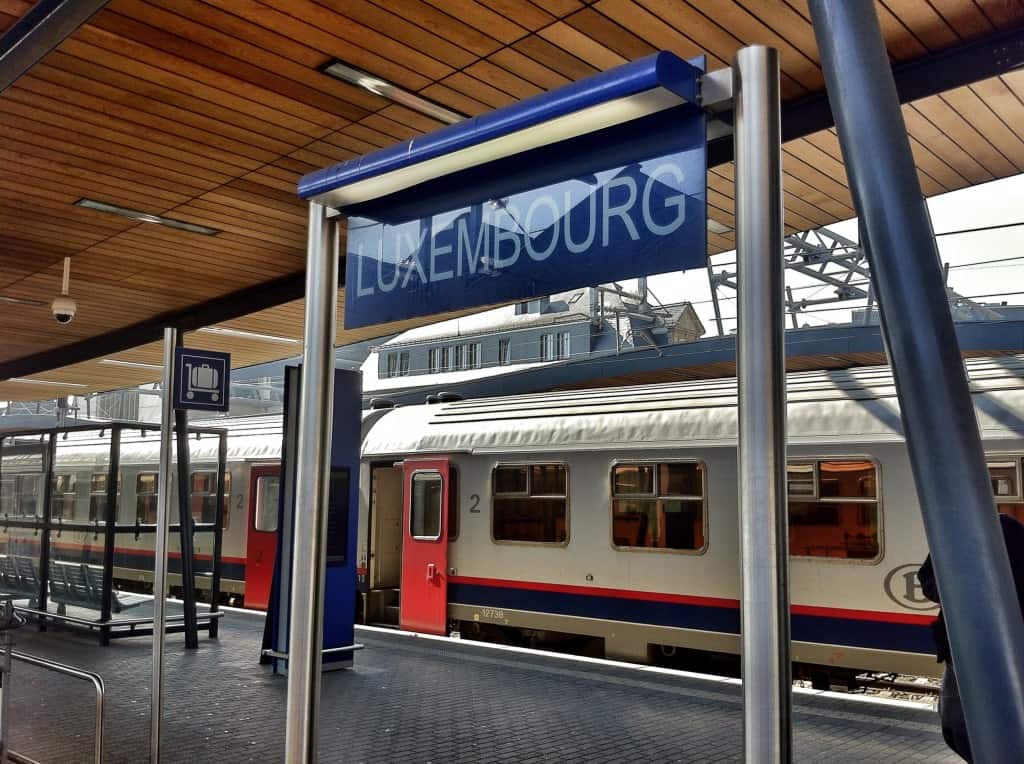 END_OF_DOCUMENT_TOKEN_TO_BE_REPLACED

What’s the Best Traditional Food to Eat during a Visit to Helsinki?

One of the highlights of my visit to Finland was the food tour I took on the last day I spent in Helsinki, the country’s capital and most populous city. Food tours are one of our favorite activities while traveling. You get to experience some of the city’s best restaurants, cafes and markets as recommended by the locals without having to do much planning yourself. I recently did a food tour in New York City last November and David explored London’s East End for the best eats in September. While it’s true we’re not huge fans of traditional walking tours, we jump at the opportunity to take a food tour. So needless to say, I was first in line to join this event hosted by Visit Helsinki during my trip to Finland. END_OF_DOCUMENT_TOKEN_TO_BE_REPLACED

Is Colmar Europe’s Most Beautiful City?

Hitchhiking, toy museums, Christmas markets, and the Statue of Liberty. We kept ourselves fairly busy in this attractive, architecturally-lavish French town. Just 20 kilometers from the German border, Colmar is the third largest city in Alsace, a region of France well known for its wine, and formerly seized by Germany on two occasions in 1871 and 1940 resulting in a beautiful pairing of French and German architectural styles. Arguably one of the most beautiful cities we’ve visited, Colmar is more than just another pretty face in the crowd of quaint European cities. Its museums, shops, markets, and squares give it a creative and intelligent personality to flaunt as well.  END_OF_DOCUMENT_TOKEN_TO_BE_REPLACED

Located right at the intersections of France, Germany, and Switzerland, Basel is a fairly easy visit on European travels. Plus, it’s not as expensive as its other costly Swiss counterparts like Zürich and Geneva. However, seeing this third most populated city in Switzerland in the summertime is a much more appealing thought as far as I’m concerned. As we walked along the Rhine River, I shivered from the cold breeze while trying to imagine the city in warmer weather. Our tour guide was telling us how people really take advantage of the water in the summer, relaxing along the banks and dipping into the Rhine. Looking at the river now in the cold month of December there was hardly any activity, but it provided a calm and beautiful view of the city, waiting until the weather warms up to be used as more than a backdrop once again. END_OF_DOCUMENT_TOKEN_TO_BE_REPLACED