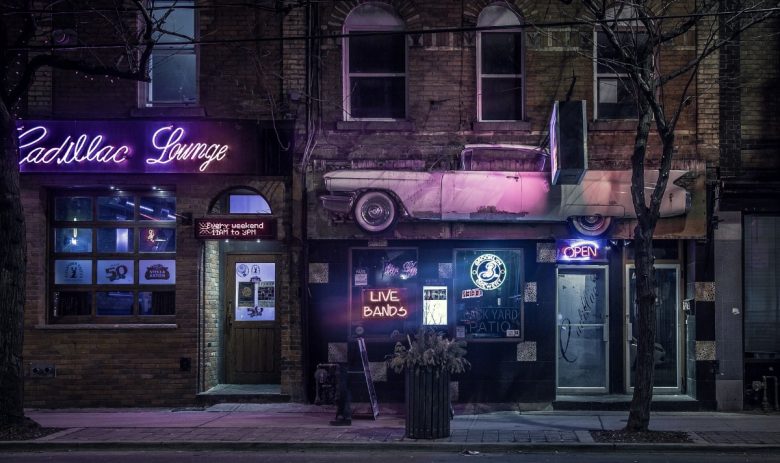 It is said that time flies in big cities, that everything moves and changes frantically. If big metropolis are usually fast, then London is supersonic. The British capital is extremely active, so the amount of businesses first opening their doors or shutting down is astonishing.

The gay clubs in London are not an exception. On the one hand, many of the historical gay venues in London have shut down (i.e. Madame Jojo’s in Soho or Camden’s Black Cap). On the other hand, new clubs have revitalised London’s night scene. London is a city that never stops refurbishing itself, rebuilding its streets, redefining its profile. It is so difficult not to get lost in such a labyrinth of openings, closings and new trends, that we want to give you a few tips to find the main gay clubs in London.

This club has all that is required to be one of the best gay clubs in London. Heaven is strategically located in Charing Cross, which turns Heaven into the best option to continue partying after the bars in Soho close down. It is also quite easy to get some discount flyers around Soho which will make the entrance more affordable – although you may need to wait in line for a bit before entering. It is very popular among the gay community, particularly among young men and students, and it is also visited by all the gay tourists who visit London and enjoy loud pop hits in its massive ground floor.

There is another floor, very popular among straight guys, with R&B music blasting through the speakers. But it is probably the stage at the end of the ground floor the most appealing facility of Heaven. Why? Well.. can you imagine yourself drinking a cocktail and dancing with friends when, all in a sudden, Kylie Minogue appears on the stage for a short gig? Imagine instead, that it is Nicole Scherzinger, or One Direction, or Olly Murs. The list of celebrities performing in Heaven is endless, making it a must go gay club in London. Do you need more reasons to visit this nightclub? Well, here is another one: every Thursday night is the Porn Idol party, a striptease competition where the competitors are guys among the public!

This venue presumes to be the gay club in London with the highest amount of dark rooms. First of all, to get into XXL you need to become a member, so the very first visit may be a bit more pricey than the following ones. However, it looks like it is really worth the extra pounds, considering so many members remain loyal to this club every weekend. XXL is usually quite packed, filled with good-looking guys who like showing how hard they have been working out at the gym by dancing shirtless to the techno music. People are usually more than friendly, and it explains why the dark rooms, despite being well sized, are usually quite busy.

BEYOND – MINISTRY OF SOUND

These past years, many gay nightclubs in London have closed down, so many gay guys have found themselves looking for new venues to attend. Vauxhall has been particularly affected by this closing epidemic. Clubs like Onyx shut down, so Fire, a popular after-hours a few minutes away from the Vauxhall’s Charriots Sauna, has become almost the only option in the area. However, most of Onyx’s former regular customers have found an alternative just down the road, in Elephant and Castle. The popular Ministry Of Sound organizes now the Beyond Party, a weekly night appointment for the gay collective. If you like fit, topless guys, mostly in their thirties and over, house music and non-stop party, Beyond won’t be disappointing you.

South of the Thames, Clapham is a residential neighborhood, with such a lively high street that even hosts a few gay venues. One of them, the Two Brewers, is one of the oldest gay clubs in London. It has two different areas: on with techno music and another one where you can listen to pop hits from all times. Every Saturday night it hosts a Drag Queen Show, alongside many other events scattered throughout the week. Not in vain, it is one of the only gay clubs in London opening every day! But the best of the 2 Brewers is its cozy atmosphere, thanks to an audience made up of young, middle-aged, and mature men and women, some of them gay, some of them straight…

Sometimes, having a drink with a group of friends on a working day can lead you to an improvised night of partying. It is likely to happen if it takes place in Soho. When the gay bars close, GAY Late is one of the best options to continue the party. It is located in the Soho neighborhood, it is always one of the busiest gay clubs in London and is quite popular among students. If you can find a flyer, the entrance is quite affordable, so there is no need to go home early if you find yourself in Soho during the week! Unfortunately, over the weekend the waiting lines are quite long…