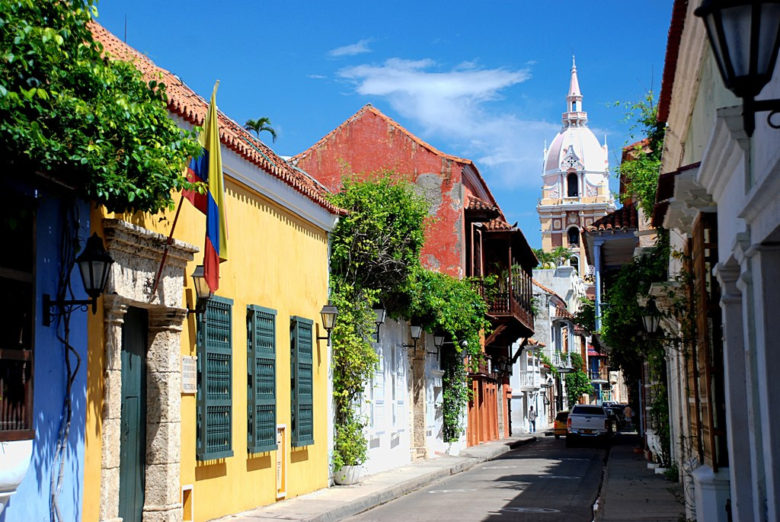 What comes to mind when you think of a gay destination? Some might think of gay hotspots like Palm Springs or Fire Island which for decades have been havens for LGBT people looking to escape and take a vacation with their friends or significant other. Others might imagine the places that host major circuit parties like Barcelona, Mykonos or Miami. But as the landscape of both tourist destinations and LGBT rights have changed over the past decades, so too have the opportunities and desires for those looking for something new.

Over the past decade, the enhancement of gay rights in Colombia has meant that the once underground LGBT+ scene has come out of the shadows and is now openly visited and advertised. While South America has been a burgeoning gay destination for several decades, most visitors have flocked to Brazil, Argentina and Peru. However, in recent years Colombia has established itself as a strong contender in the competitive market. It has finally managed to shake off its bad boy image and is now one of the most visited destinations in the region.

If you’ve never considered a visit to Colombia, now just might be the right time. We’ve teamed up with our friends at Out in Colombia Travel to share both some cool new and old things about this amazing country. Based in Medellin, this LGBT-focused tour operator can help you plan an awesome trip. It’s run by our longtime friend Sam, who several years ago moved from the US to Colombia and now is an expert in everything gay travel Colombia has to offer. 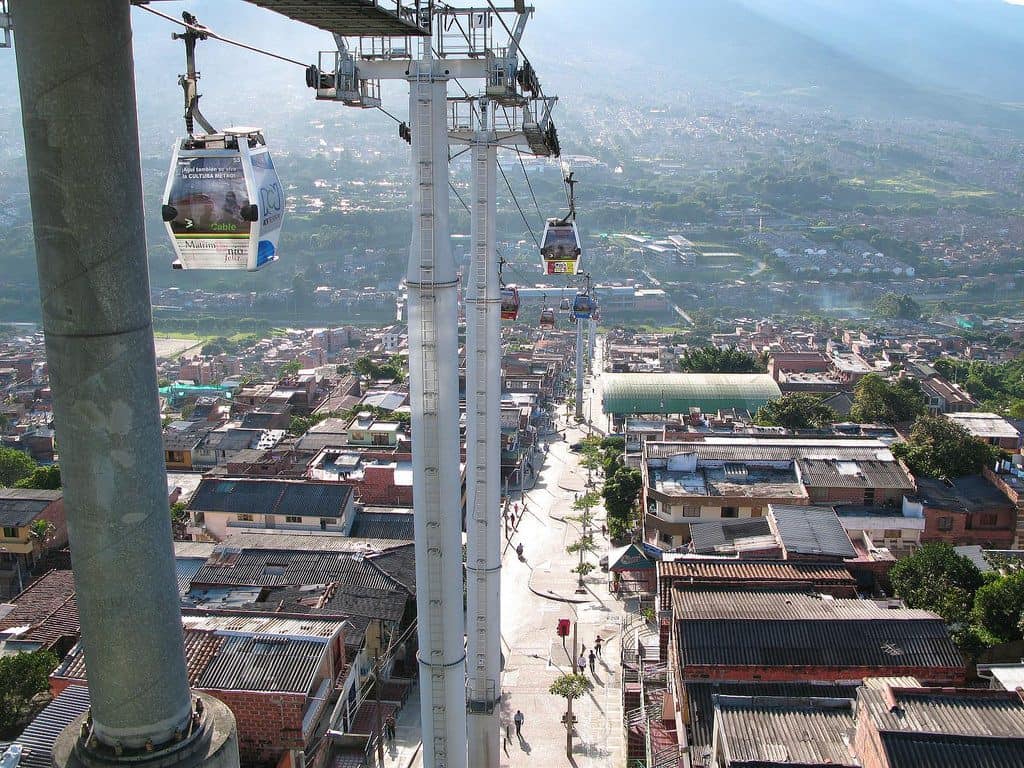 Colombia may not be the first country you imagine when you think of progressive LGBT rights and protections. It’s important to point out that Colombia has only recently taken steps to protect its LGBT residents and most of the changes have happened within just the past decade or even the past few years. In 2016, Colombia became the 24th country in the world to allow full marriage equality and in recent years has put in place laws allowing same-sex adoption and anti-discrimination protections. The anti-discrimination protection is specifically for sexual orientation, rather than for gender identity.

Colombia is not yet the type of place where you’ll commonly see gay couples affectionate in public nor is the gay scene as visible and open as other Western countries. But given Colombia’s history, it’s strong religious roots and its surrounding neighbors in South America, it has recently become one of the most progressive countries in the region.

The flourish in tourism activity is in no small part due to gay rights in Colombia supporting and enhancing the lives of the local community. While the country is far from perfect, Colombia has made huge strides and is fast becoming equal to even the most progressive countries when it comes to legal protection, even if social attitudes have yet to catch up in the more rural and ostensibly conservative areas.

The enhancement of gay rights in Colombia has meant that the once underground LGBT+ scene has come out of the shadows and is now openly visited and advertised – particularly in the large cities such as Bogota and Medellin, and Pride festivals are LGBT rights protests are now held openly on a regular basis.

The gay scene in Colombia has historically been more underground, but within just the past 10 years, the community has gained more support and the visibility has increased dramatically, particularly in the large cities like Bogota and Medellin. Gay pride celebrations and protests are now commonplace and large in these cities and the community has an active voice, which is not always common in this part of the world. 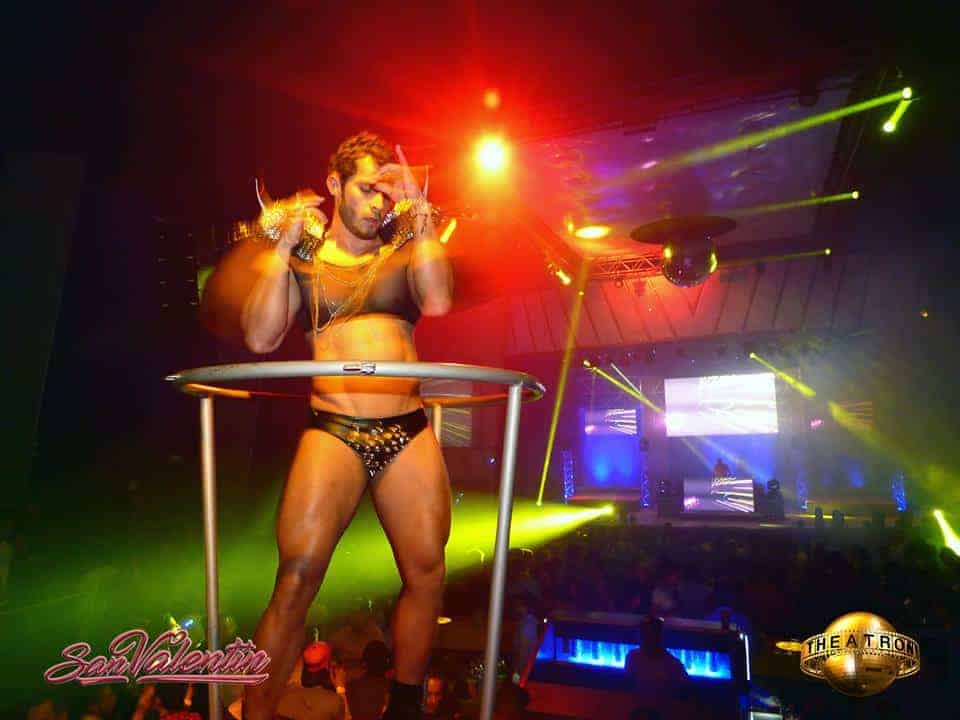 In Bogota and Medellin you’ll easily find a thriving nightlife scene and plenty of LGBT residents out and about looking to mix and mingle. Colombia’s biggest nightclub is located in Bogota as well as plenty of other bars and clubs where you can dance the night away. Though slightly smaller, Medellin still has a thriving gay scene mostly centered in the area of Parque Lleras. And finally, Cartagena is host to Colombia’s largest gay party called Rumors Festival, held once a year which hosts visitors from around the world.

Don’t forget – If you want to make the most of your visit, our friends at Out in Colombia Travel can not only help you arrange your trip but also help you discover the best gay bars and clubs and give you tips on the best parties, days and times to go.

Cool Places & Things to Do in Colombia

Most trips to Colombia will begin with a stop in Bogota, the country’s thriving capital city. You can’t miss a visit to Bogota’s old town and see the oldest neighborhood in the country called La Candelaria. Head up to the Cerro de Monserrate, which is a mountain located right in the heart of the city. Take a ride up the mountain and enjoy amazing views of the city from the top. If you’re a big fan of nightlife, try to spend a weekend in Bogota because it has the biggest gay scene and also the largest nightclub in the country called Theatron. This club rivals that of some of Europe’s biggest and best and a night out here will leave you with memories for a lifetime. 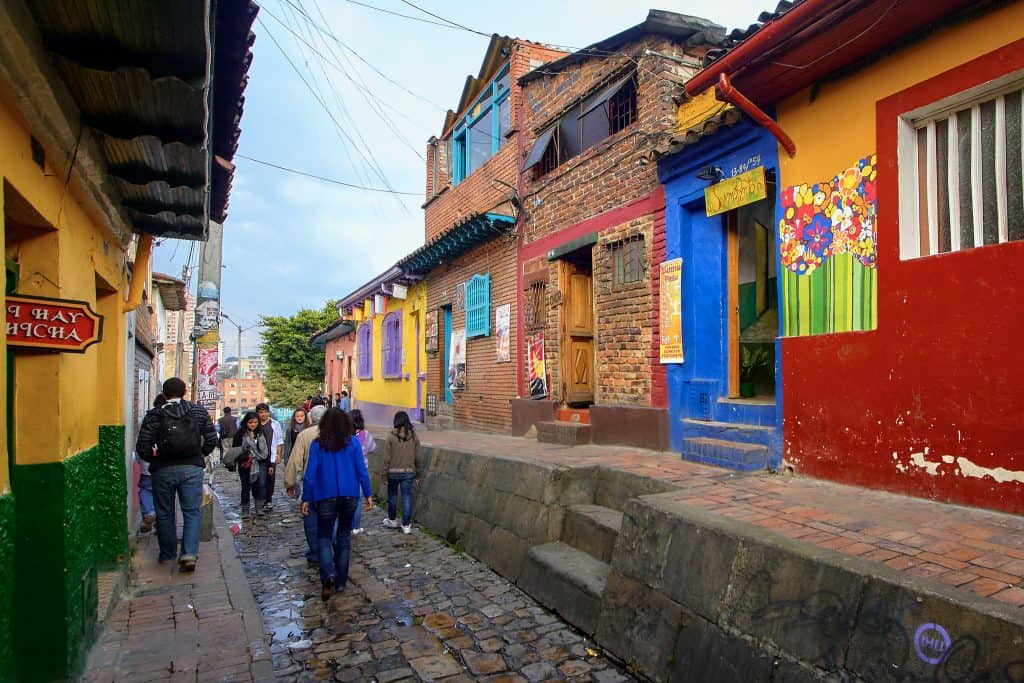 Medellin is Colombia’s second city and was once known as the center of the Colombian drug war during the 80’s and 90’s. It’s long ago shed this reputation and Medellin has grown up to be an amazing and modern city full of life, culture, art and more. Some of the city’s favorites include the Jardin Botanic and Museo El Castillo – a highlight of Medellin’s architecture. Be sure also to visit the city’s hippest and most trendy neighborhood called El Poblado. Medellin also has an exciting gay nightlife scene with new bars and clubs opening regularly. Most are located in Parque Lleras, the city’s Zona Rona or gay neighborhood. 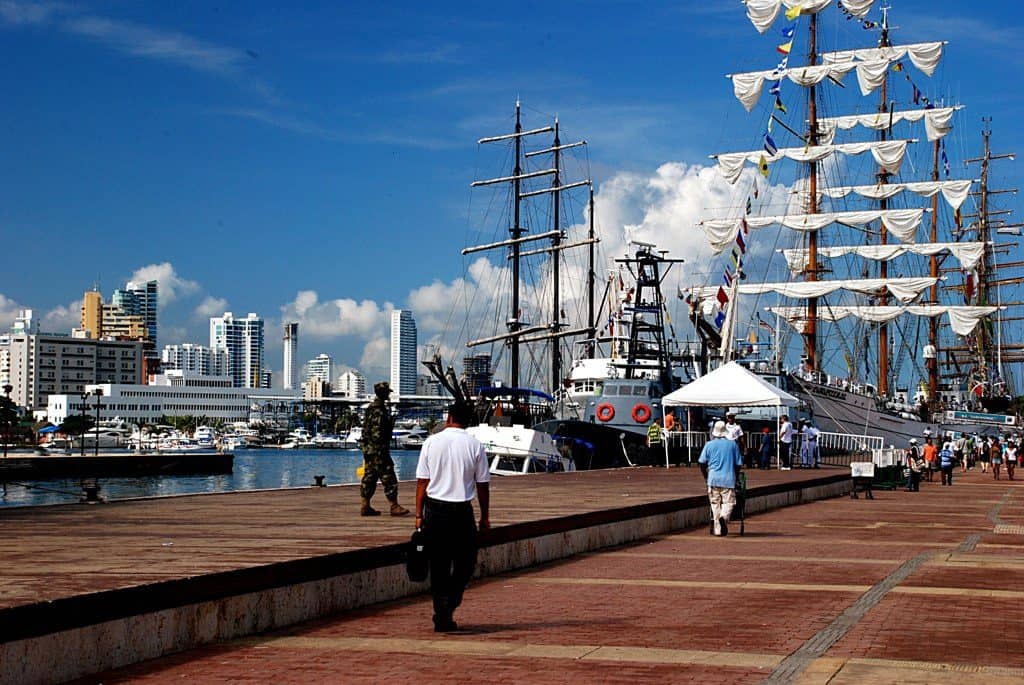 One of Colombia’s top destinations is the ocean-side city of Cartagena. This city was once a Spanish colony and its well-preserved fortress on the water is one of the top attractions. Later be sure to visit the 16th­ century Castle of San Felipe de Barajas and the 17th­ century La Popa Convent. You can’t miss a beach day in Cartagena so head out to the beaches of Bocagrande in town or make a quick trip out to the more tranquil Las Islas del Rosario to avoid the crowds.

If you have the time, you can visit other cool places in Colombia including Tayrona National Park, the Salt Cathedral of Zipaquira or Totumo Volcano with its 50-­foot tall mud bath. Or head to the centrally-located Eje Cafetero, which is Colombia’s coffee country where you can visit coffee farms and sample first hand one Colombia’s top exported products. 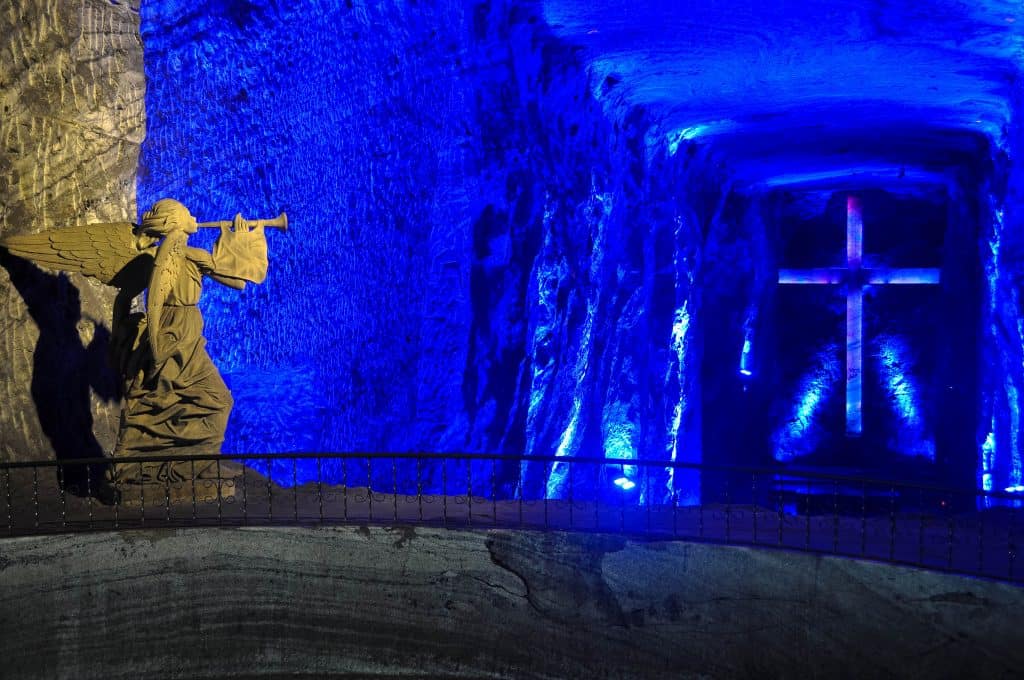 Colombia is a safe country but like any place, you’ll need to be careful with your belongings and be cautious when walking at night, particularly in big cities. And while legally speaking, Colombia has advanced with LGBT rights, it’s important to note that not everyone you come in contact with will be as overly welcoming to LGBT people as the laws suggest. Still, this doesn’t mean that you shouldn’t visit, it’s just important to be smart and safe like you would in any new place you’re visiting.

It would be churlish not to acknowledge the challenges still facing the LGBT community in Colombia but its pace of progression certainly seems to be accelerating. With ever-increasing equal rights, an open and accepting public and plenty of gay venues to visit, Colombia is certainly on the way up and likely to become a firm favorite with the LGBT+ community in the coming years.

If you’re considering a trip to Colombia, be sure to check Out in Colombia Travel. They’re your go-to tour company in Colombia and can help you plan an awesome visit to make sure you experience the best places and make the most of your trip. Whether it’s arranging the best hotel, transportation or English speaking tours, they can offer you an awesome, customized experience that you’ll never forget.