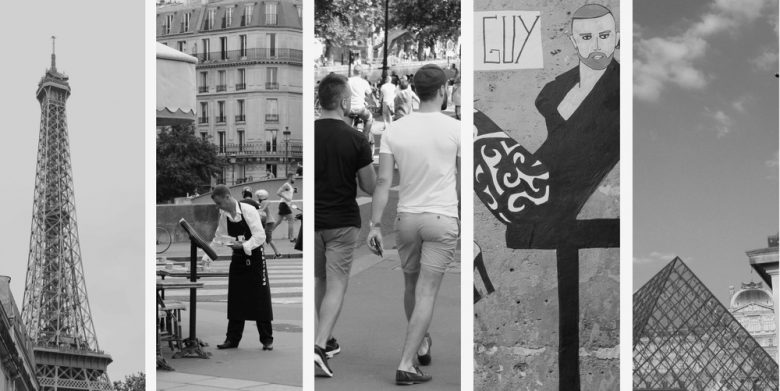 While traditionally Paris has been known as the city of love, dive beneath its romantic facade and you’ll discover a city full of modern, kinky men looking to play and party in every arrondissement. Much of the gay action in Paris takes place just to the north of the River Seine, in and around the 1st arrondissement in a district known as Le Marais. It’s a prime location and easily accessible from all areas of Paris and is well-served by public transportation.

If you’re wanting to do some serious partying, rather than just have a few drinks, then Paris certainly doesn’t disappoint. Scream, Beardrop @ Yoyo and Doctor Love all take place on a regular basis and attracts large crowds from all across Europe, not just from Paris.

The cruise scene in Paris has always been sizeable. However, in recent years the fetish and kink scene has grown in size and has also become much more open and accessible. There are now venues which cater to every sexual interest where you can go to explore your wild side when you visit Paris. Le Depot is a popular cruise club in a basement style setting. It’s open every day but the best times to visit are on Friday evenings and Sunday afternoons. SecteurX has a daily happy hour between 3 pm and 9 pm and is known for being affordable, welcoming and often the cheap prices bring in a reasonable crowd who are looking for a good time.

FreedJ – The ground floor is more loungy than a dance floor. Head downstairs to the basement where the DJ plays the Gaga and Rihanna tracks that keep people moving A glassed-in smoking room caters to those who still indulge. Open daily 6pm-4am

Le Cud – The party gets going around 2 am. This is the absolute late night stop for the gay Paris vacationer. The ground floor has a few seats and a bar, but the large vaulted cellar is the big draw. Expect to leave accompanied when the metro opens up at 5:30 am. Open daily midnight-6am, Friday & Saturday until 7:30 am.

La Boîte à Frissons – If you arrive too early and wouldn’t know it’s a gay club. But head here late and you’ll find one of the city’s friendly, most fun, and most laidback dance floors on weekends nights. All ages, all gay-friendly genders, and heteros, all styles of dance and all music types (except techno) until 5 am. Watch for theme nights!

Gym Louvre – A sauna where you can go work, but let's be honest…that’s not why you come.

L'Impact – gay cruising bar. 16€ entrance or 10€ if you’re under 30. The downstairs portion awaits you and, well, whatever you want to do. Check their website for special evenings, like 2×1 night or Tuesday’s “Horse Men” soirée.