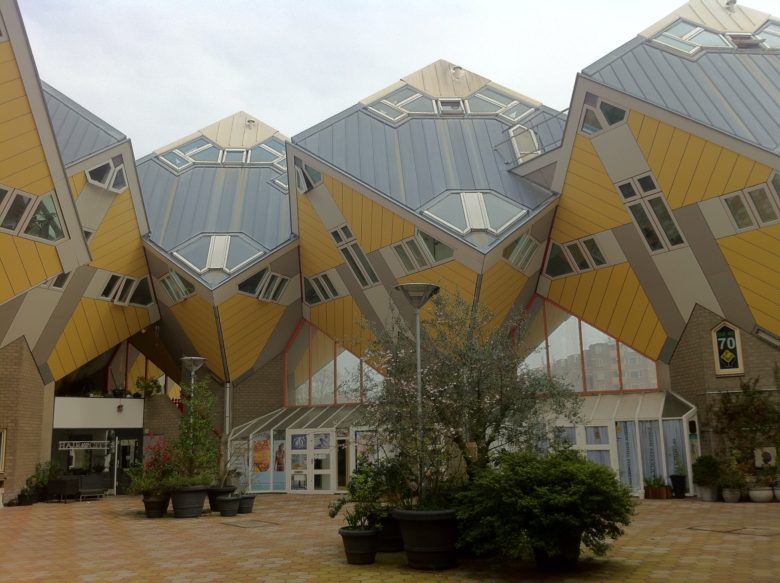 If you’ve never considered a visit to Rotterdam, then you need to start reconsidering because there are many surprising attractions. Sure, it’s overshadowed by more famous cities like Amsterdam (the most popular visit in Holland), Brussels or Paris which are all nearby. But Rotterdam is not to be overlooked! It is entirely Dutch and European but incredibly different. So as you plan your next trip, consider these 10 things to do if you visit Rotterdam. 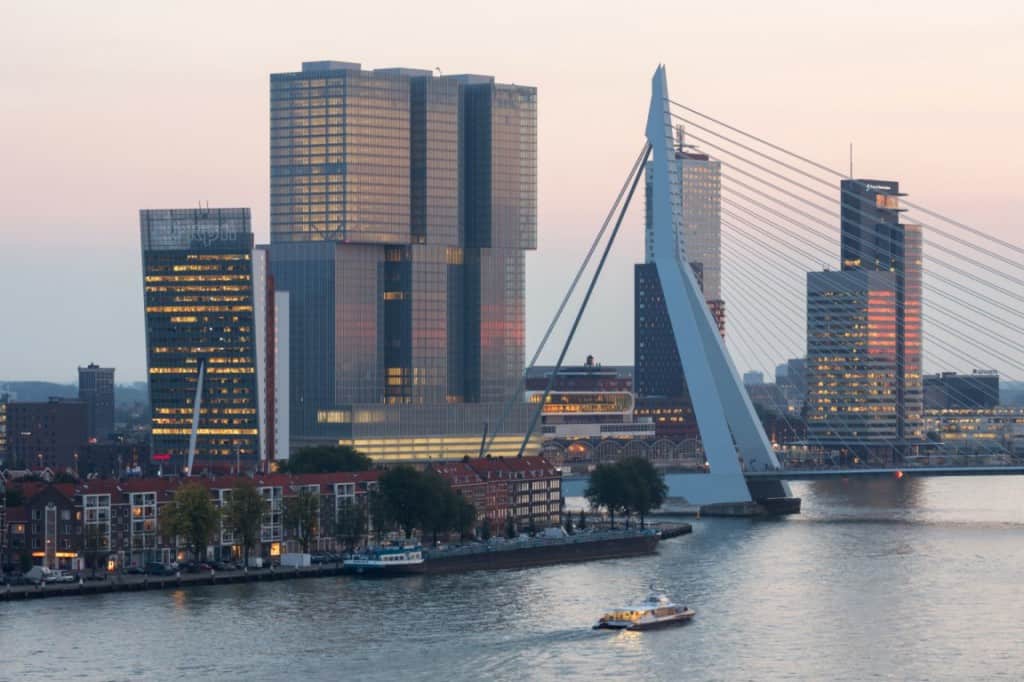 If you’re wondering what to do in Rotterdam, the first thing should be to rent a bike! The people here bike. Everywhere. Rotterdam’s entire infrastructure is built for bikes so you’ll find separate bike lanes on just about every major street. Bike parking is everywhere and you need to look out not only for cars as a pedestrian but bikes as well. As a traveler to the city, you can rent a bike from the central station for 7€ per day and go around the city like the locals. If you go on a weekend it’s best to arrive early to ensure they don’t run out of bikes, which happened in my case. You might even consider taking a guided bike tour. Book tour → 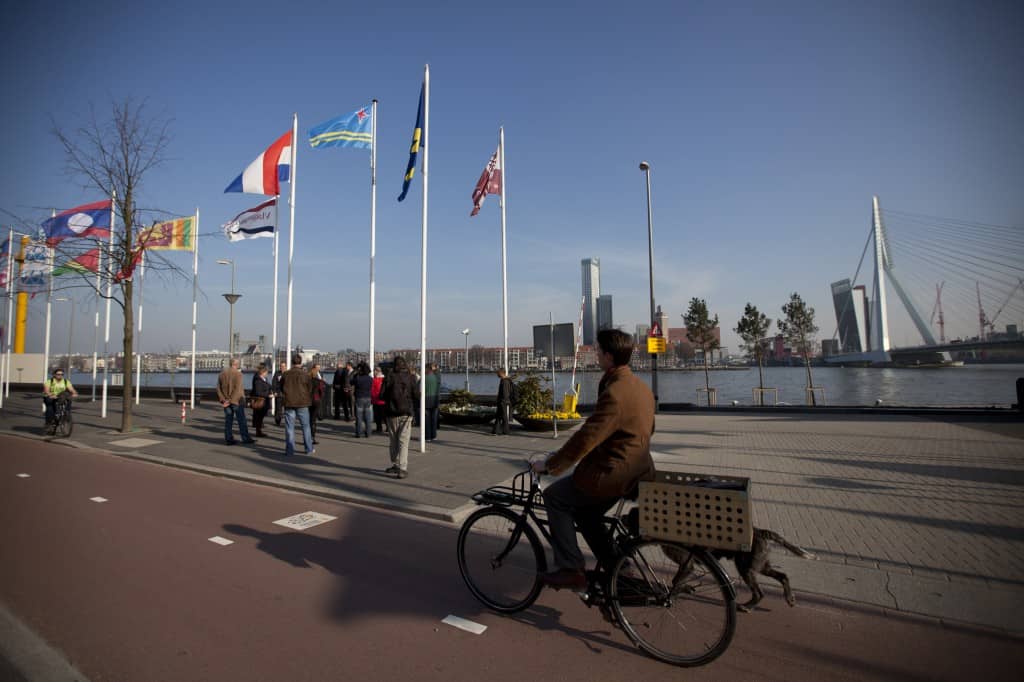 Rotterdam is a diverse city. While the culture is certainly Dutch, Rotterdam has inhabitants from more than 160 countries. Much like my visit to Luxembourg last month, it’s a city with an international flair where you hear many languages spoken on the street. In fact, the most memorable person I met accompanied me to the MTC Party during my visit. He grew up in Afghanistan until he moved to Rotterdam when he was 12. Though his story is not entirely unique as so many people have immigrated to Rotterdam. 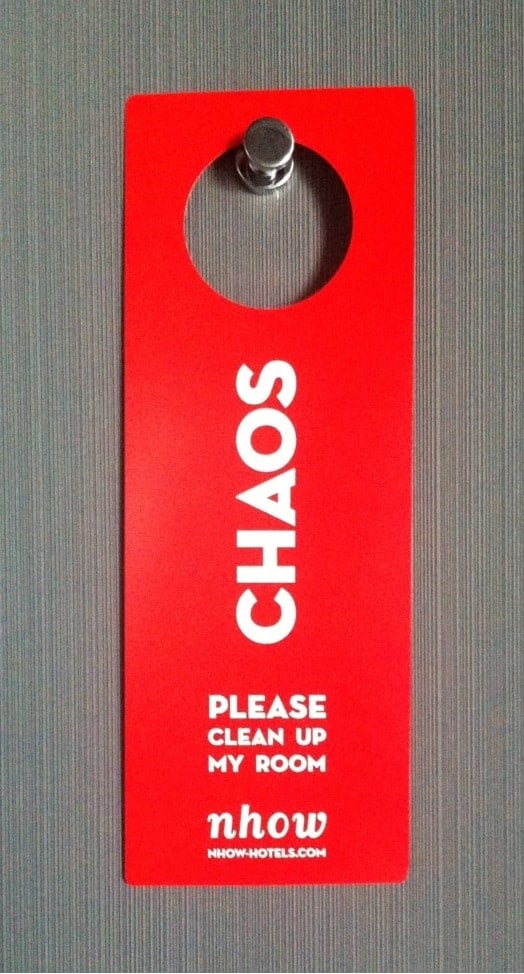 Rotterdam is modern and the city has embraced this. You’ll find some of the latest construction projects exemplifying the latest trends in building design. Unlike most European cities, Rotterdam actually has a skyline and even has more than 350 high rise buildings that line the river and the city center. I stayed at the nhow hotel during my visit, which is located in one of the newest construction projects called De Rotterdam. In fact, this was one of my favorite hotels I've ever stayed in because the location, the views and the modern and unique style of the rooms. Also, the free minibar included with the room rate didn't hurt either. View hotels →

Rotterdam is packed full of art, and not just in museums. The entire city is a template for artists. Everyone from architects to sculptors have taken over this city and left their mark. You can find art all over the city in practical forms, including one of my favorite pieces, an old windmill whose blades were turned into city benches.

See the City on a Harbor Tour

Rotterdam is unexpected. As a major European city, you might expect to find medieval history, old city walls or age-old monuments. While Rotterdam certainly has a history, it’s complete destruction during WWII and the decision to rebuild as new makes this city not only unique but also one of its greatest features. If you want to see all of Rotterdam in a short period of time join a harbor boat tour, which takes you by many of the most popular sites and attractions all with unique views of the city. Book tour →

Partake in the Liberal Vibe

Just like its neighbor to the north, Rotterdam is known for being a very open and liberal city. Amsterdam may be more famous for its coffee shops and red-light districts, but Rotterdam has all the same. And with The Netherlands being the first country in the world to legalize gay marriage, it was no surprised that I felt completely comfortable being out and dancing with a friend at the MTC Party. Not a gay party by any means, but one with a completely tolerant and welcoming crowd. 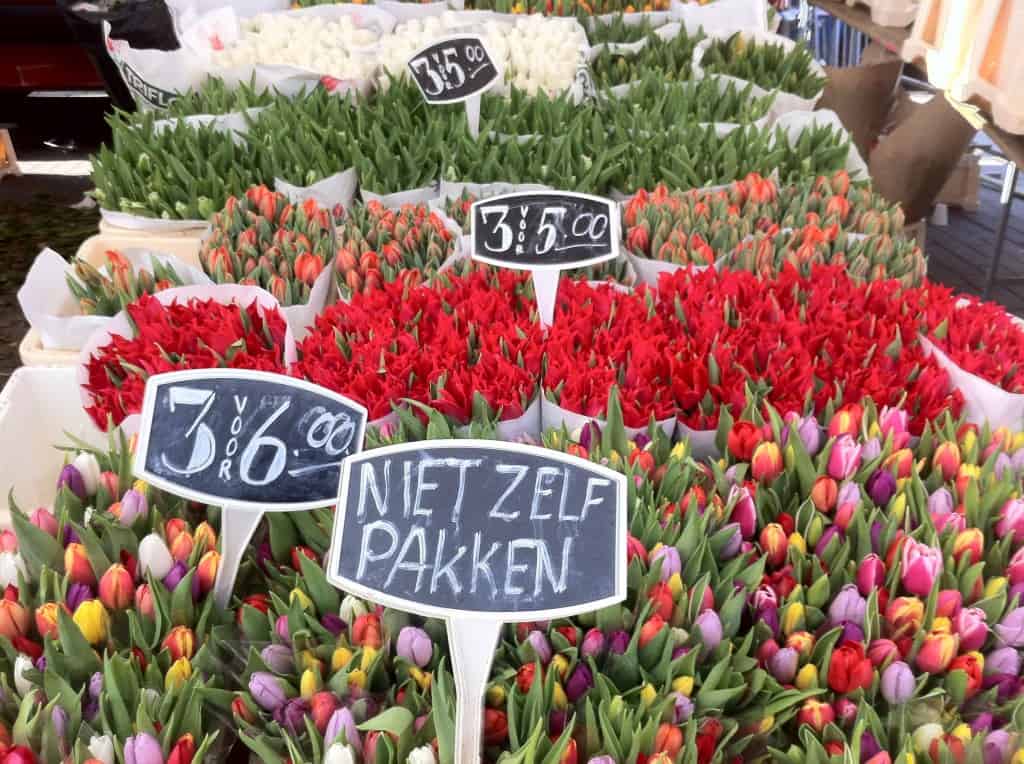 Get Around by Public Transport

The public transport in Rotterdam is extensive and simple to use. They use just about every form including trains, subway, tram and buses. The city center is compact and going by foot is possible in many places. And if that’s not enough, jump on a bike and get around just like the locals do every day.

Rotterdam is a prime location if you plan to visit the Netherlands or other cities during your trip. Amsterdam is just one hour north and Brussels and Paris are south just 2-3 hours. The Thalys, Eurostar and TVG high-speed rail line connects most of these cities and can even cut down your journey time, though for a premium price. If you really want to make a stop at a lesser-known city, Luxembourg is also just 3 hours to the southeast. If you already have plans to visit Holland or one of these cities, consider taking the train to Rotterdam for a quick visit. If you're staying Amsterdam, you can also visit both Rotterdam and the Hague together on a guided tour. Book tour →

Rotterdam is packed full of unique buildings, public art displays, and just plain strange things you won’t see anywhere else. Check out this private tour of Rotterdam which includes access to the cubic house. Book tour → 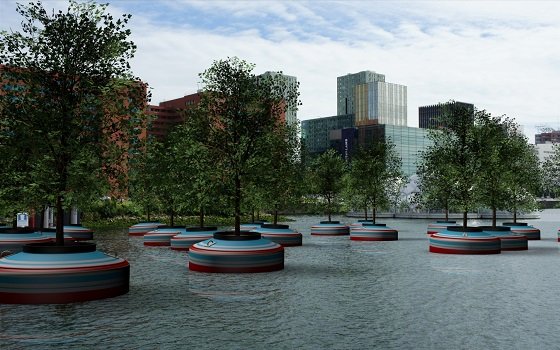 Do any of these things in Rotterdam spark your interests? Share your thoughts with us in the comments below!