Iceland is easily one of the coolest countries we’ve ever visited and anyone who’s been will tell you the same. Iceland is awesome and unique! You won’t find any other place on the planet quite like it, and lucky for us, Iceland is possibly the most gay-friendly country in the world. One local even suggests that “In Iceland, Everyone is Gay!” – though of course joking, his point is that the tolerance in Iceland is so high, you’d think that is the case. Don’t believe us yet? Maybe these 7 awesome (& mostly gay!) reasons will convince you to visit.

The Biggest Small Pride in the World

Each summer Iceland’s capital city of Reykjavik hosts the world’s biggest, small gay pride. Contradictory, maybe. But true, absolutely! Here’s how…Iceland’s population is just over 325,000 residents spread across the island. The vast majority of those residents live in Reykjavik and somehow, the pride celebration manages to draw a crowd of some 100,000 attendees. That means that nearly one third of Iceland’s entire population actually attends and celebrates the gay pride – regardless whether they’re gay or straight. Not impressive enough? Well plan a visit to Reykjavik gay pride and you might just see the city’s (straight) mayor parade through the streets in full drag as he often does each year.

Gay-Friendly is an Understatement

To say Iceland is gay-friendly is like saying Rome is historic or New York is crowded. Sure, like many countries, Iceland may not have started as completely accepting but the Icelandic people have made amazing strides in just several decades that some countries may not see for a century. While there’s always advocacy work to be done, Iceland leads the pack and ranks among the top in the world for LGBT equality and legal protections. Thanks for the work of many local LGBT advocates, both locals and visitors can feel safe and welcome in this amazing country, whose residents have truly embraced equality. Iceland officially recognized same-sex partnerships in 1996 and later allowed full marriage equality in 2010 becoming the 9th country in the world to do so. The support of marriage equality in the country was so strong that not a single person of the Icelandic parliament voted against the measure. 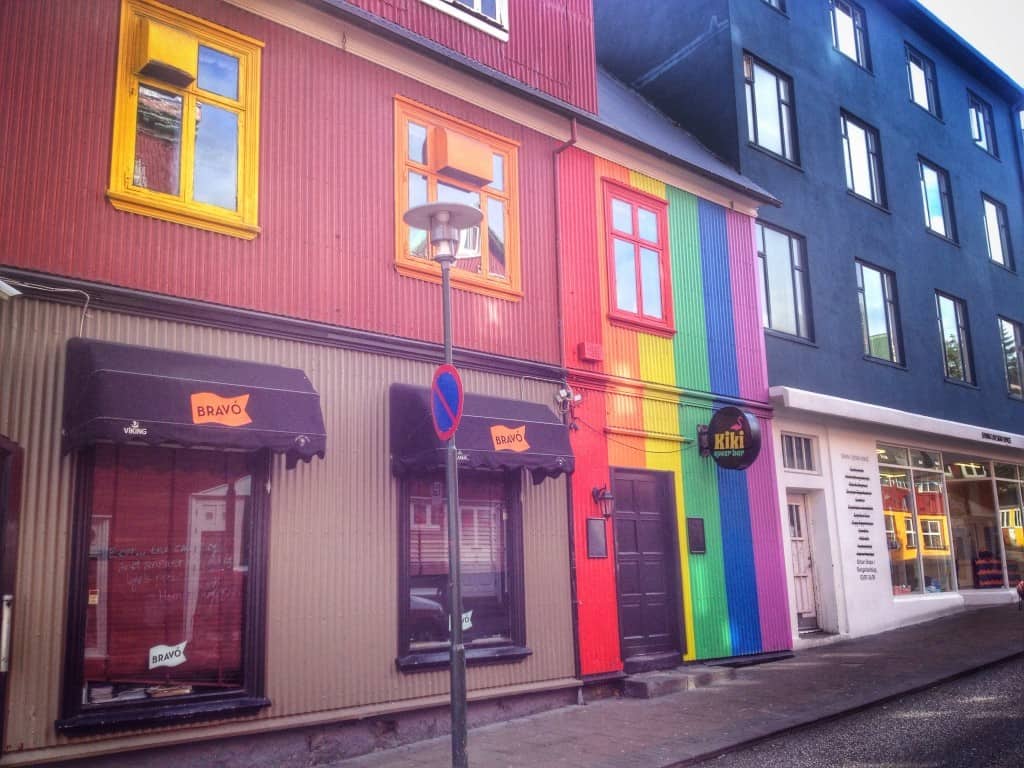 In 2009, Johanna Sigurdardottir was elected as Iceland’s Prime Minister and made world history as the first openly gay (or rather lesbian!) head of state. She served as Iceland’s prime minister for 3 years helping to reinforce Iceland as one of the leading countries in the world with regards to LGBT rights. During her time as prime minister, she helped to pass the law making same-sex marriage legal. Once the law went into effect, Sigurdardottir married her longtime partner becoming one of the first people in the country to get married under the new measure.

In addition to the annual gay pride, Reykjavik hosts several other unique LGBT events. Once such event, called Rainbow Reykjavik, offers a great mixture of nature, activities, culture, cuisine, music and nightlife. The event hosts multiple group dinners and nighttime parties plus operates tours to the famed Blue Lagoon, the Golden Circle and does Northern Lights excursions. The event was created 5 years ago by Pink Iceland and is now being supported by the Reykjavik city tourism office, IcelandAir as well as many other partners. After celebrating with a friendly and upbeat crowd, you’re just a short trip away from seeing the stunning landscapes of this small island nation. Come fall time, visitors will also find the event called Bears on Ice, another great locally organized opportunity, open to anyone of course, but specifically for those that embrace bear culture. Such a small island, yet so many LGBT events to choose from!

Iceland is one of the coolest places on the planet and its natural landscapes and geothermal wonders will put you in awe. Iceland sits on top of the North American and Eurasian tectonic plates and is slowly being ripped apart. But this geographic placement gives the island its identity and the geothermal phenomenon that is so well known throughout the country. Boiling mud baths, perfectly timed geysers and naturally heated pools can be found across the island and these attractions are what keep people coming back for more. Tack on things like glacier hiking, whale watching or seeing the Northern Lights and it is clear why Iceland is a natural wonder. Heck, being gay friendly is just icing on the cake! 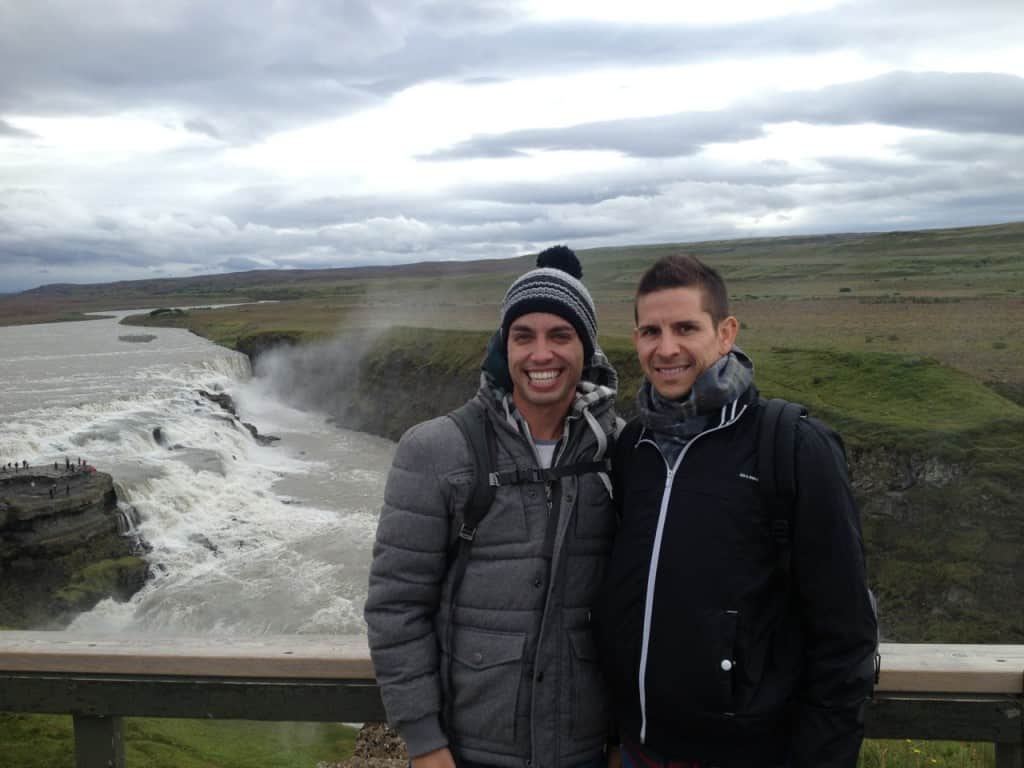 If you have the time, one of the best things to do in Iceland is to travel the Ring Road. This road starts and ends in Reykjavik and circles the entire island. The best way to see the Ring Road – or rather the attractions along the route – is to rent a car and slowly make your way around the island, stopping each night at local campgrounds. If you want to be fancy, you can even rent a small camper-type car which converts to a bed in the back and even includes small kitchen cooking facilities. Though you could probably finish the route in about a week, you’d want to spend at least 10 days or more making the journey so you have enough time to fully enjoy the sites. Some of the cool things you’ll see along the way include amazing waterfalls, geothermal pools, the glacier lagoon and the amazing basalt rock formations. Our buddies over at Couple of Men recently spent a few weeks traveling the Ring Road – read about their journey here for more great tips! 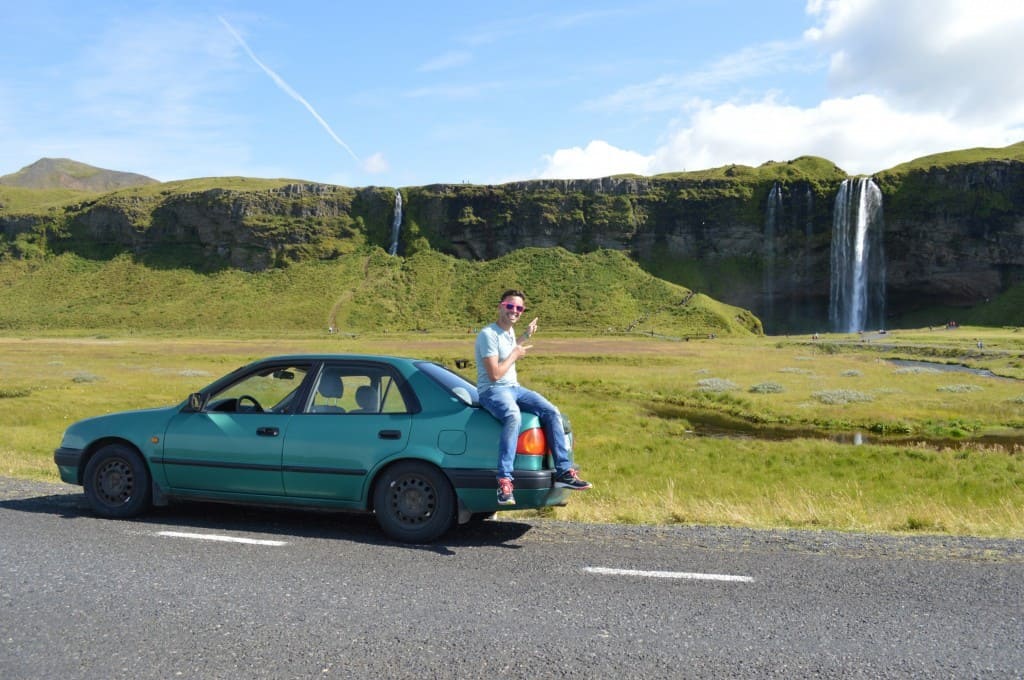 Checking out the sites along the Ring Road

Iceland’s population may be tiny but you’ll actually find a dedicated LGBT tour company and wedding planner. Pink Iceland was started in 2011 by Eva Maria and Birna, a lesbian couple who later brought on their buddy Hannes to help run the company. This trio organizes regular tours in Reykjavik, out along the Golden Circle route plus can do just about any customized trip you’d like. They are the founders of Rainbow Reykjavik and they also host an annual group trip during Reykjavik’s gay pride each summer. Not enough for you yet?! Why not plan your escape to Iceland for the destination wedding of a lifetime. They’ll help you plan every last detail to make your day as special as Iceland itself.

Interested in taking a tour with Pink Iceland? They’re a great team and offer a variety of tours from Reykjavik and around the island. You can even save 5% on their tours by booking online. Click here to request your discount!
Which of these reasons make you want to visit Iceland most? Let us know in the comments below!