As LGBT people, we face unique challenges while traveling. Whether it’s the simple awkward look we get when checking into a hotel as a same-sex couple or more serious cases of personal safety, these are concerns our community must be aware of and plan for when visiting new places.

David and I are advocates for traveling and we encourage people to challenge themselves. There are many wonderful places around the world to visit, but all too often people limit themselves based on fears and concerns. Though we don’t expect our readers to put themselves in danger, we do want to encourage you to think twice about visiting places you might not have considered before.

The biggest challenge we face in these scenarios is whether or not we want to risk our personal safety in order to travel to a place that’s not gay-friendly or just plain dangerous for gays. So just to get you thinking, we’ve come up with this list of the top 7 places to visit that might just be worth taking the risk.

Russia stretches over a gigantic terrain of Asia and Europe, and it is the biggest country on the planet. Visitors will experience remarkable museums, history, culture and its well-preserved wilderness, quite possibly leaving you with a yearning to discover more. Cities like Moscow, Saint Petersburg or Volgograd (once recognized as Stalingrad where the final combat of World War II was settled) are great starting points. 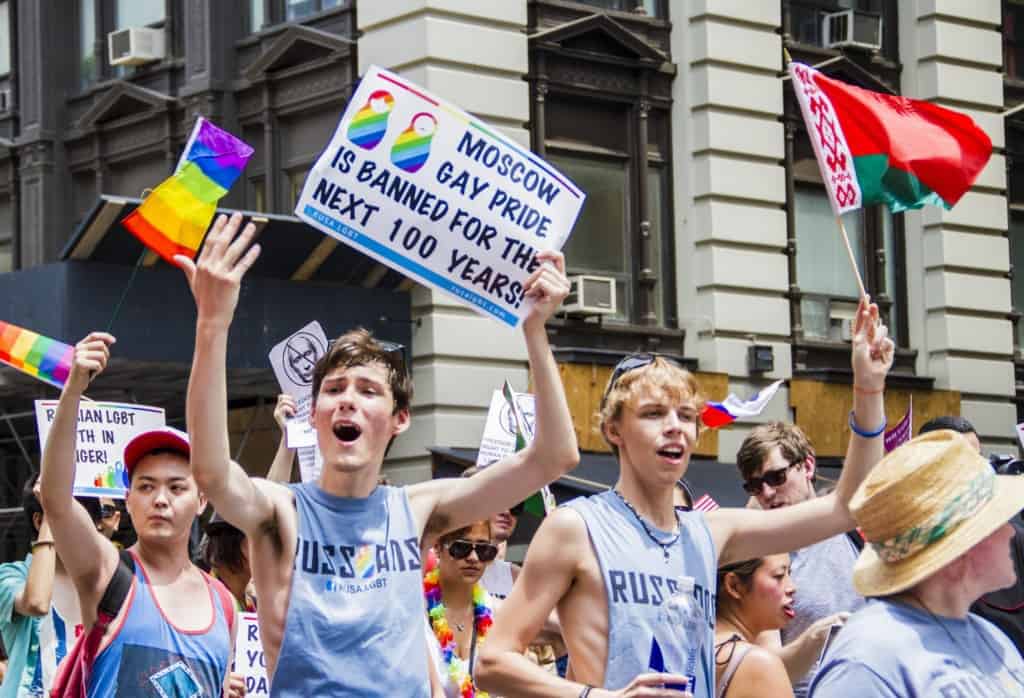 Credit: photo by Kasya / CC BY

However, we all know that LGBT people in Russia encounter legal and societal challenges. Even though same-sex activity among consenting adults in private was legalized in 1993, same-sex couples are not entitled to legal protections and even worse, the government has recently introduced a series of laws prohibiting “gay propaganda” – more or less making it illegal to say anything pro-gay in public.

Jordan is located in the Middle East between Saudi Arabia, Iraq, Syria and Israel. Besides its Jewish neighbor state, it’s not exactly located in a gay-friendly region. In recent years, Jordan has been beefing up its tourism offering and is investing a lot in eco-tourism to promote its unique landscapes and natural beauty. A visit to Jordan might include places like Amman City, the Dead Sea or Petra.

Not surprisingly, LGBT people in Jordan don’t have legal rights but same-sex activity among consenting adults is not actually illegal and it’s been this way since the 1950’s. Though it’s important to point out that it’s not culturally acceptable and gays in Jordan still live in the closet due to the social pressures.

Kenya is a beautiful country with countless natural attractions. Some places of interest might include the Great Rift Valley, Mount Kenya, the wildebeest migration in the Maasai Mara and the beaches alongside the Indian Ocean. But aside from all these beautiful locations most of tourists are enticed by the wildlife safaris.

Homosexuality in Kenya is considered taboo and against cultural values. It’s officially illegal to be gay and the state penalizes same-sex sexual acts as a crime. Though various human rights organizations are working to defend LGBT rights in Kenya, it is simply not a place where it’s safe to be gay.

Ethiopia’s history is captivating and it’s actually one of the oldest nations in the world. The first indication of humanity started here dating back tens of thousands of years. Ethiopia is an exotic place to visit and there are plenty of reasons to go including volcanic lakes, tribal safaris and historic churches and mosques. 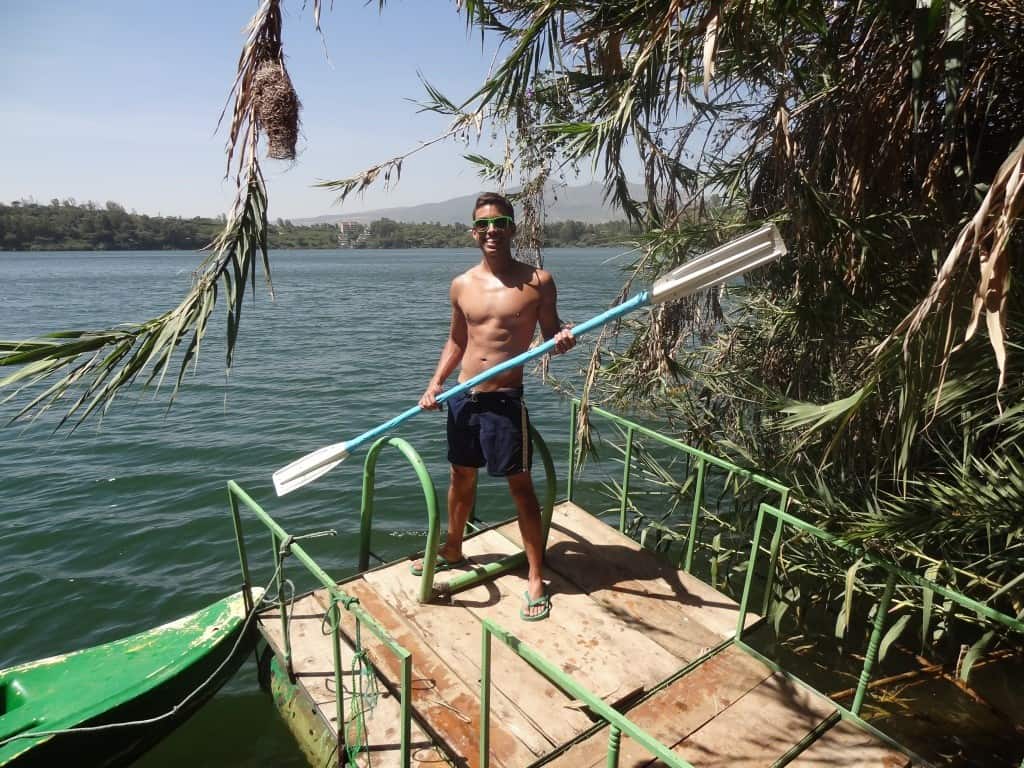 Kayaking in one of the many crater lakes of Debre Zeit, Ethiopia

LGBT rights are not acknowledged in Ethiopia and all homosexual acts are considered as sexual offenses by the Ethiopian law. And like most of its African neighbors, there is simply zero public acceptance or tolerance of homosexuality in the country.

Egypt needs little introduction and is a favorite destination among travelers from around the world. This region of pyramids and incredible deserts and dunes is renowned for its cultural and architectural treasures. Homosexuality is illegal in Egypt and the government continues to make international headlines for shutting down offenders like the recent raid of a gay nightclub in Cairo. Same-sex relationships, even between consenting adults are considered criminal acts in Egypt and punishable by law.

Morocco is located in Northern Africa and within close proximity to Europe, with just 14 kilometers separating this Arab country from the Spanish mainland. It is one of the most diverse countries in Africa, with towering mountains, sweeping deserts, rocky coastline and the zigzag of alleyways of primordial medina towns and souks. 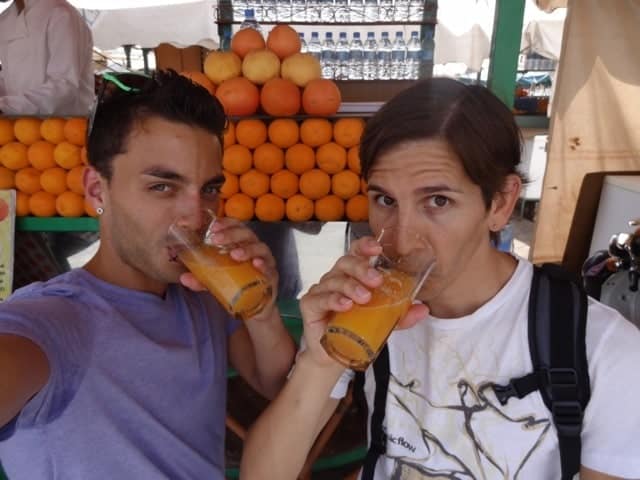 A same-sex relationship in Morocco is against customary Islamic values, conventional gender roles and is most definitely stigmatized. The LGBT community risks arrest in addition to verbal and possible physical brutality but it should be noted that foreigners are tolerated more, especially with so many Europeans visiting each year.

Tanzania exhibits a number of wildlife sanctuaries and reserves only comparable to its neighbor Kenya. This destination boasts of spotless coral reefs in addition to some of the most magnificent landscapes in Africa. Mt Kilimanjaro, the highest mountain in Africa, is another popular attraction.

Homosexuality is unlawful in Tanzania and is punished by jail sentence. It’s regarded as a taboo subject and most Tanzanian people view being gay as a foreign and very un-African behavior.

Would you visit any of these countries? If so, which interests you the most? Let us know in the comments below!