It’s no surprise that LGBT people face many personal and societal challenges in their lives. Many of us are lucky enough to live in places that accept us, have equal rights and provide legal protections. But I constantly have to remind myself that some don’t have this luxury. So to be clear, this article is written for those that DO have this luxury, which happens to be most people reading our blog. Still even people living in liberal places continue to face personal struggles within their own community of family, friends and colleagues, which I understand – partially.

Yes, coming out sucks (especially over and over again) but it is the only way we can promote LGBT acceptance and equality around the world.

I’m sure of one thing – coming out is one of the most important things you can do as an LGBT person. I know it’s not easy. Coming to terms with myself in my early 20’s was easily the most difficult thing I’ve ever had to do. But now that it’s done, I couldn’t be happier and I wonder why I didn’t do it sooner. Both David and I have support from those around us in our lives and I know some people don’t. But unless you’re living in a place where you life is in danger – I can’t fully understand why people decide to stay in or even go back into the closet – job and financial security aside. 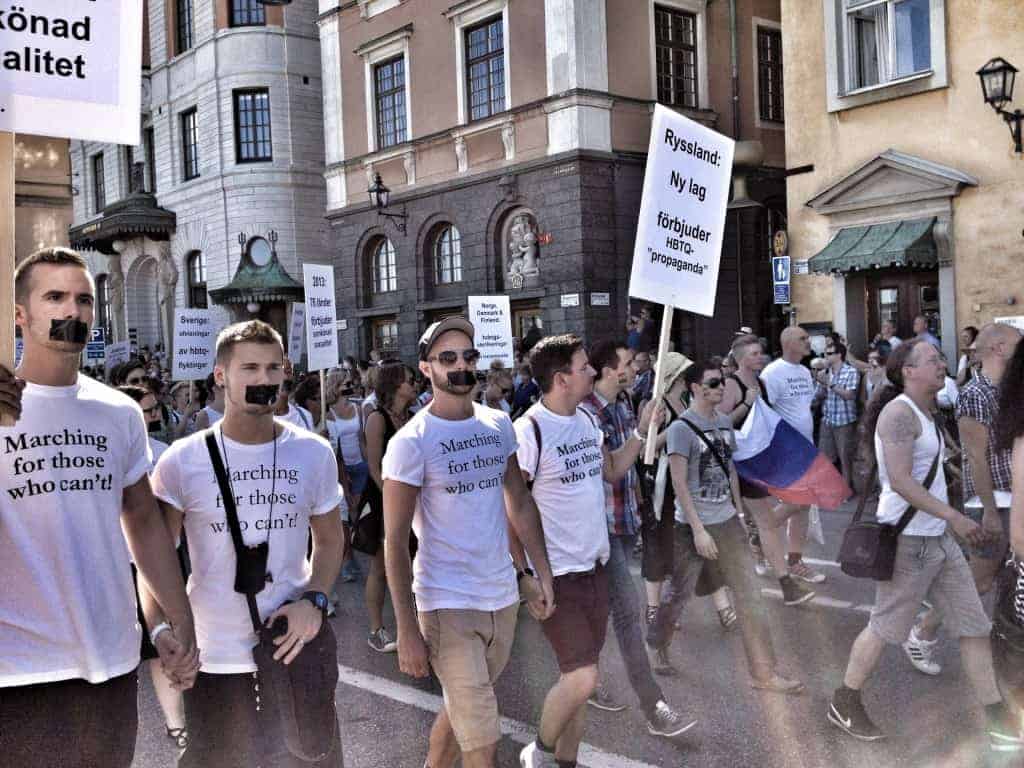 LGBT people often jump right back into the closet as soon as they get off the plane. Yes, I know….you’re in a new place and you’re worried about bla, bla, bla….But hello….you’re in Europe (or another equally open place), come on! So without meaning to rant on and on, I’d rather this be more of a challenge to our LGBT readers than a criticism. So without further adieu…here are 12 reasons why you should not go back into the closet while you’re traveling:

What's your opinion? Are you out of the closet when you're traveling?

Disclaimer:  There are many places around the world where being gay can be unsafe and in some cases punishable by imprisonment or even death (rare). Of course, we encourage you to practice caution and this list is meant to encourage LGBT people to be open only when safety is not a genuine concern.