We're not often political on the blog but we couldn't help jumping at this time when recent events by President Trump personally affect us, many people we know and really touch the realm of travel. After all, we are immigrants ourselves being American citizens now residing in Spain. We know the struggles and hassle it takes to live in a new country and we've also experienced the impact of travel restrictions and how it can affect us all.

If you haven't heard the recent news we'll get you up to speed….
The ride sharing battle has come to a head and thousands are denouncing Uber on social media for their pro-Trump support. After the election, Uber's CEO was appointed to join Trump's Business Advisory Council. Though that news didn't seem to make huge headlines, the recent executive action put in place restricting immigrants and visitors to the US caused a crisis for Uber on social media.

Thousands took to social media using the hashtag #DeleteUber for their corporate support of Trump and their continued service to JFK airport, where groups protested the travel ban and many (legal) residents were detained. The NYC taxi drivers workers alliance also stopped service to JFK airport in protests, but Uber publicly decided to continue.

Lyft on the other hand, quickly denounced the travel ban and anti-immigration policy and offered to donate $1 million to the ACLU, who is playing a major role in fighting for the rights of hundreds of legal US immigrants stuck in a battle of uncertainty.

In the past we've been a user and supporter of Uber because the service was innovative, useful and international – which we liked. But unfortunately, their corporate policy is far out of line with our views and beliefs and today we defer to Lyft. Yes, Uber later made statements of (semi-soft) disagreement with the ban and tried to save itself from a storm of negative media, but it all seemed too late and really just a reaction to try and save business.

Lyft is currently available in more than 200 US cities. Unfortunately, Lyft is not as widely available in an international scale as Uber is, but if you're planning on ride-sharing in the US, China, Vietnam, Malaysia, Singapore, Thailand, Indonesia or The Philippines, then you're in luck and can choose Lyft instead.

Plus if you're a new user you can use our code TWOBADTOURISTS when signing up and you'll earn $50 in free credit to use on future rides.What are you waiting for? Sign up now and get your free $50 credit.

PS – if you're looking for a way to earn extra travel cash, have you ever considered becoming a driver yourself? Lyft drivers make their own schedule and it's a great way to save up for that next big trip. Sign up here to become a Lyft driver. 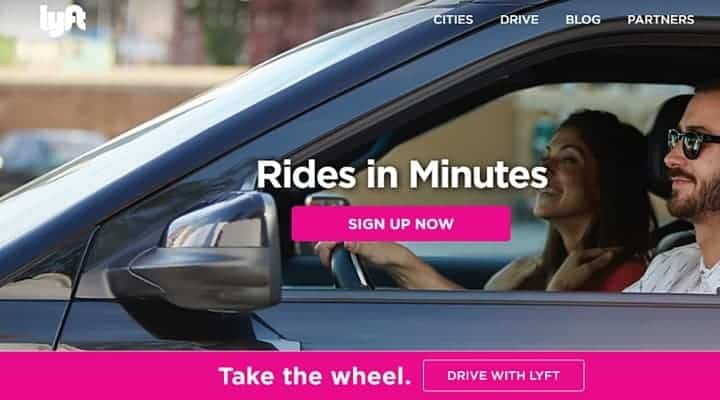 One Comment on “Gay Travel Verdict: Uber is out – Join Lyft Instead”