As winter sets in, gone are the long and warm summer days that host brightly-colored gay pride festivals around the world. So planning a winter trip to a gay pride event or another LGBT-oriented activity may not be the first thing on your mind. But this list of winter pride events brings both traditional gay pride festivals in warm climates and also true winter events like European Gay Ski Week and a totally unique winter pride gathering in Iceland, arguably the most gay friendly country in the world.

Sure, you could wait until summertime to attend the more popular festivals in the US like San Francisco or Chicago Pride, or maybe visit some of the European big hitters like Madrid Gay Pride or Stockholm Pride. But why not mix it up a bit, escape from your winter home and head out to one of these events in 2017?

Gay ski weeks have been around for some time and both North America and Europe have their fair share of events. Though if you live in the US or Canada, you might not be aware of one of largest events held in Europe each year – European Gay Ski Week. This event take place in the French Alps and attract crowds from Europe and across the world. 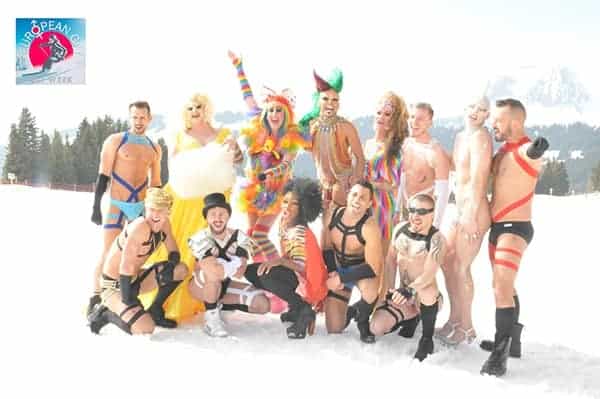 What to Expect: This ski week can attract more than 1,000 people each year during the week-long event. You’ll find the biggest crowds during the long weekend since many visitors don’t stay for the whole week.

Where to Stay: The event has arrangements with several properties on site.

The WE Party brand is the most well known producer of gay parties in Madrid.  If you’re looking for New Years plans, it’s never too early (or too late!) to start planning your trip for the biggest, most surprising gay event of the winter in Madrid! 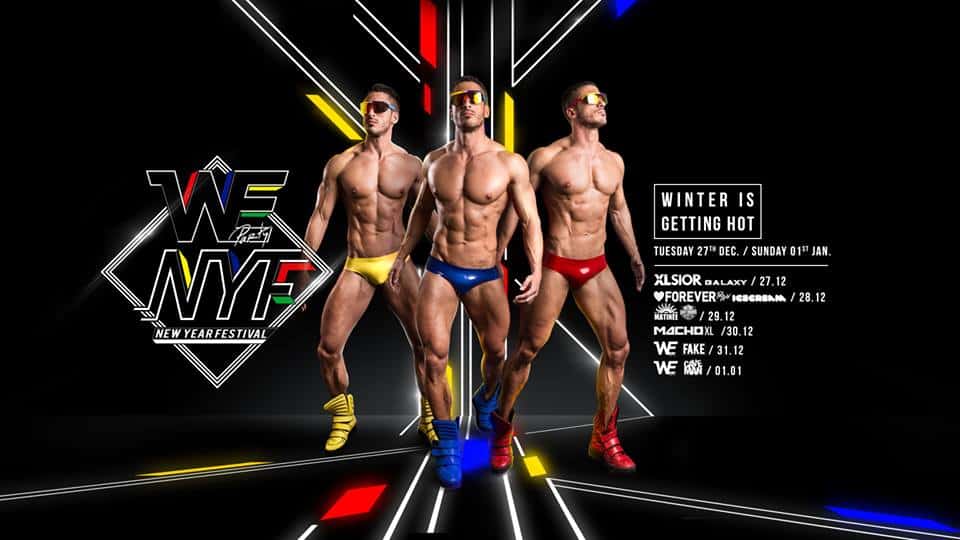 What to Expect: The WE Party New Years Festival is held in Madrid with a week of different theme parties in various locations and venues so you can celebrate the New Year with your like minded family and a thousand of your closest friends. These elaborate and crazy parties are a great way to ring in the New Year with a bang! Tickets usually start at 20€ for a single party and all-access bracelets start at 150€.

What’s Unique: The massive and over-the-top parties attract thousands of people to their monthly events in the city. Each January for New Year’s Eve, the WE Party Festival takes place with a week long of different themed parties in various locations and venues.

Why Go: This years events featuring mega party producers including XLSIOR, Forever Tel Aviv, Matinee and Macho plus an amazing line up of 12 world renowned DJ’s.

Where to Stay: It's best to stay in the city center because Madrid is a compact city and most every attraction or site of interest is located here. The official hotel partner of the WE New Years Festival is Hotel Indigo, which is located on Gran Via, one of the most famous streets crossing Madrid's city center. The gay neighborhood of Chueca is also located just minutes walking distance.

Sitges Carnival is not technically a gay event, but Sitges is such a major gay destination that local gay residents organize a gay specific carnival a few days prior to the official start of Carnival. The main event attracts 200,000+ people, which is much larger than the gay pride event held in June. 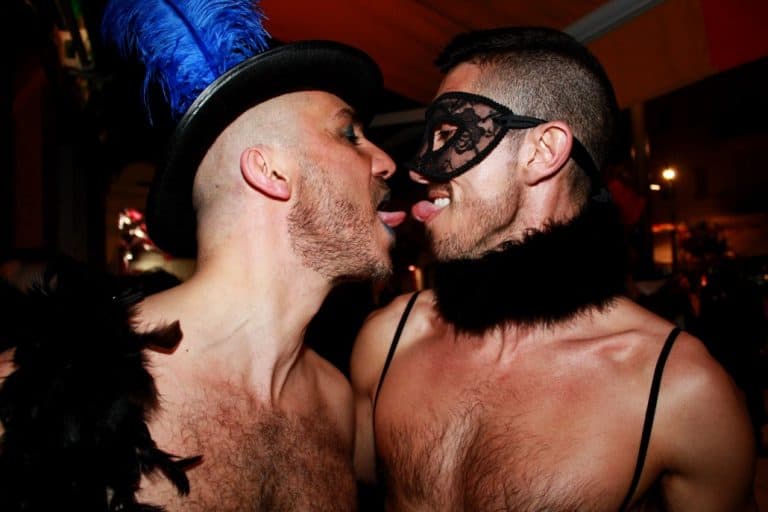 What to Expect: For official carnival, there are two main parades that begin at 8pm on both Sun the 26th and Tuesday the 28th. For the gay carnival starting beforehand, the town is packed with events including La noche rosa, Noche de las Mantillas (people wear traditional Spanish outfits from weddings & funerals) and Noche de las touristas (e.g the tourist night).

What’s Unique:  Um, it’s gay carnival and it’s in Sitges, what else do you need?!

Why Go: Escape the winter weather at home and enjoy a fun and party-filled LGBT event on the coast. It may be winter in Sitges, but the weather is mild on the Catalan coast so keep those heavy winter coats at home.

Maspalomas is definitely the most well-known gay hotspot for travelers in the Canary Islands. With its year round subtropical climate, you can go to the beach in the middle of February, or even visit their “Winter Gay Pride Maspalomas” which takes place in November. 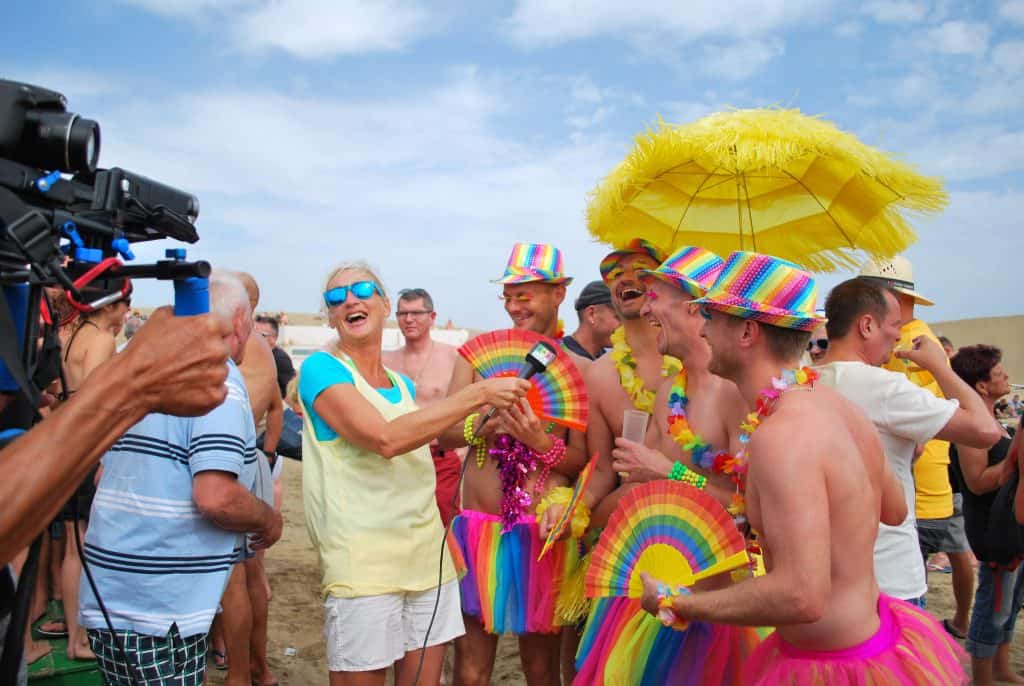 Photo by Giuseppe Spanu via Flicker / CC BY

What to Expect: Maspalomas has been a gay haven for years and countless European’s visit the island throughout the year for the gay scene. Like Sitges, the official Carnival event is not gay, but you can be sure that the locals residents will organize plenty of events and parties for the LGBT community. Maspalomas has a vibrant gay scene so you should expect lots of visitors heading to the island to escape the weather and enjoy the party.

Ok, you might be wondering why we would suggest going to Iceland in the winter. After all, Iceland is located just 25 miles south of the Arctic Circle. But Iceland is unique is so many ways and these attributes actually make a winter visit worth considering. Surprisingly, due to the Atlantic Gulf Stream, most of Iceland has a relatively mild winter and sees warmer temperatures than say major cities like Chicago or Stockholm. The event was created 5 years ago by Pink Iceland, a local gay-owned tour company that we highly recommend. The event is now being supported by the Reykjavik city tourism office, IcelandAir as well as many other partners. 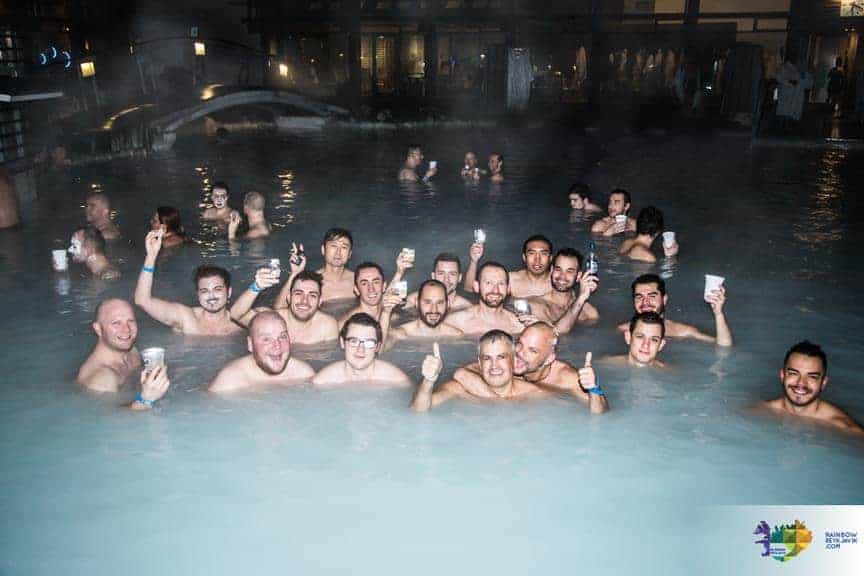 What’s Unique: Iceland is one-of-a-kind and its geography is breathtaking. After celebrating with a friendly and upbeat crowd, you’re just a short trip away from seeing the stunning landscapes of this small island nation. Head to the famous Blue Lagoon to bathe in the naturally heated mineral waters and then head out on a tour to see northern lights.

Where to Stay: Room with a View, Rey Apartments (both are gay owned properties in central Reykjavik) or misterbnb apartment.

The event is hosted by Rainbow Barcelona Tours and the Boí Taüll Resort, which is just a two hour drive from Barcelona. The package includes hotel, meals, ski pass, spa, ice skating rink and entrance to a private nightclub, which will feature special DJs from Barcelona's popular gay nightlife scene. 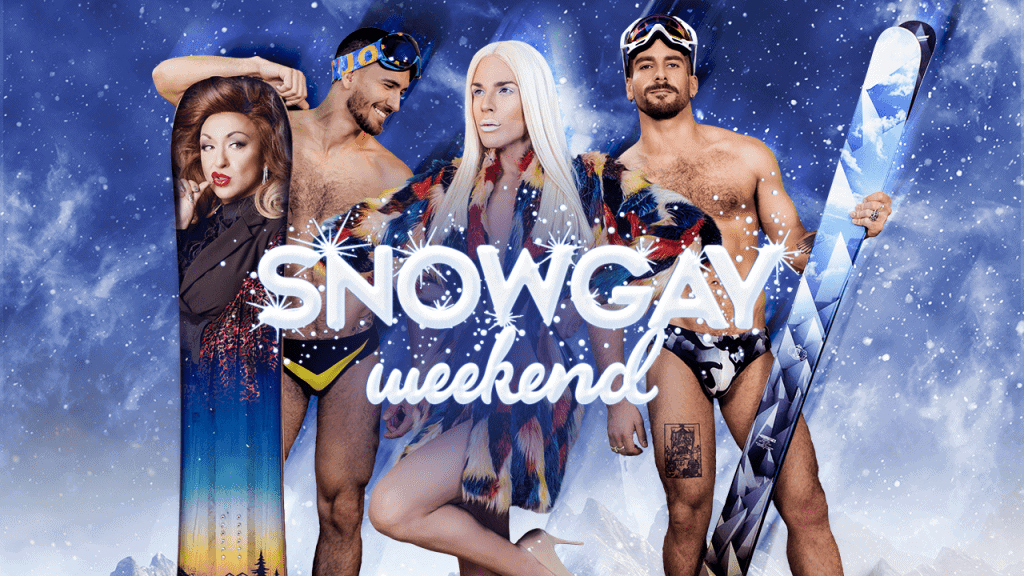 What to Expect: The weekend is filled with great activities and is a must attend event for all ski and snowboard enthusiasts. It's still a small and a mostly local event with just 200 attendees (from Spain and France) but it’s quickly expanding and offers a well planed set of events and an intimate and social atmosphere.

What’s Unique: This is Spain’s only gay ski week event and will soon be going into its fourth year.

Why Go: This is probably one of the lowest price gay ski events found anywhere. We attended this event in 2015 and had a blast.

Where to Stay: Guests stay at the four-star Augusta Hotel or the three-star Hotel Boí Taüll Resort.

Just because it’s winter now doesn’t mean it’s not summer somewhere. Have you forgotten that some 10% of the world’s population actually lives in the Southern Hemisphere? Most notably, Sydney holds its annual gay pride festival or Gay Mardi Gras Sydney every February. Australia’s largest gay pride event, Gay Mardi Gras in Sydney is in its 38th year and attracts a crowd of over 300,000 people. 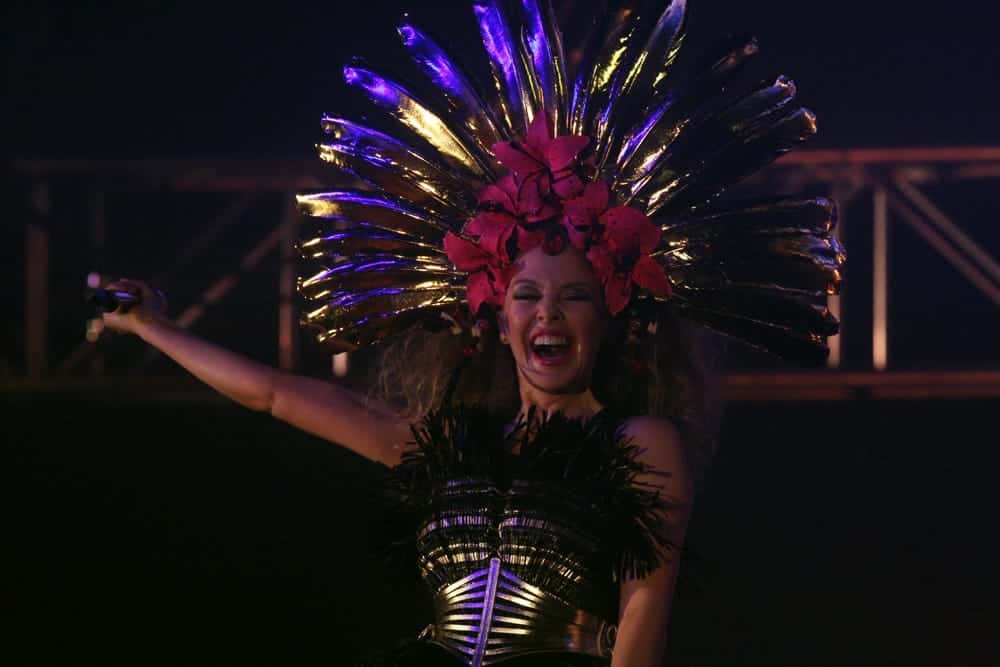 What’s Unique: This event is a big production and often draws big performers like Kylie Minogue and RuPaul, who both appeared in 2012. In 2013, the Swedish sensation and Eurovision winner Loreen was a headliner. Seeing these artists perform live at the Harbor Party surrounded by one of the world’s most stunning harbors is a one-of-a-kind experience. Also check out the queer techno party called BARBA, happening on Friday, March 3rd and celebrate Sydney Gay Mardi Gras with plenty of sexy bearded boys dancing the night away (beard not required for entry).