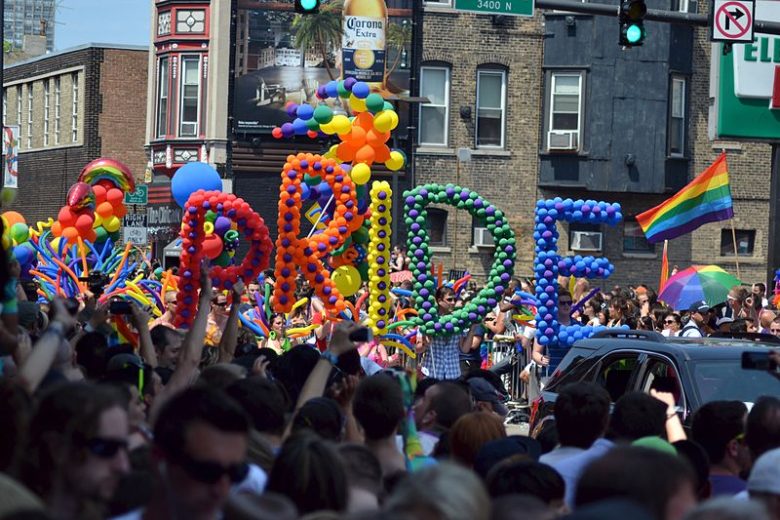 Our favorite time of year has arrived! June is Pride month and the time where many cities around the world hold their annual LGBT Pride festivals. This year we’ll be heading to Athens Pride and of course returning for Madrid Pride. One of the great things about pride festivals is that although they all promote and celebrate LGBT equality, each one is unique as it represents its own local community. In honor of pride month, we’ve partnered with Expedia.com to round out some of the best and unique pride events celebrated in the U.S. – some we’ve attended, some we’d love to attend, but all worth the trip.

D.C. is a beautiful city with incredible historical buildings, museums, memorials and landmarks. The city continues to grow as a tourist destination and has also got a thriving LGBT community as unique and diverse as the city itself. The city’s first pride was in 1972, though it did not become an annual event until 1975. Today it is known as Capital Pride with nearly two weeks of activities including a concert, festival and the Capital Pride Parade. This year’s event also includes a drag ball, speed dating, the Pride run 5k and plenty of parties. D.C. doesn’t stop with just its annual LGBT Pride celebration, but it also celebrates D.C. Black Pride every Memorial Day weekend as well as Capital Trans Pride in May. Celebrate Capital Pride June 1st – 12th this year. 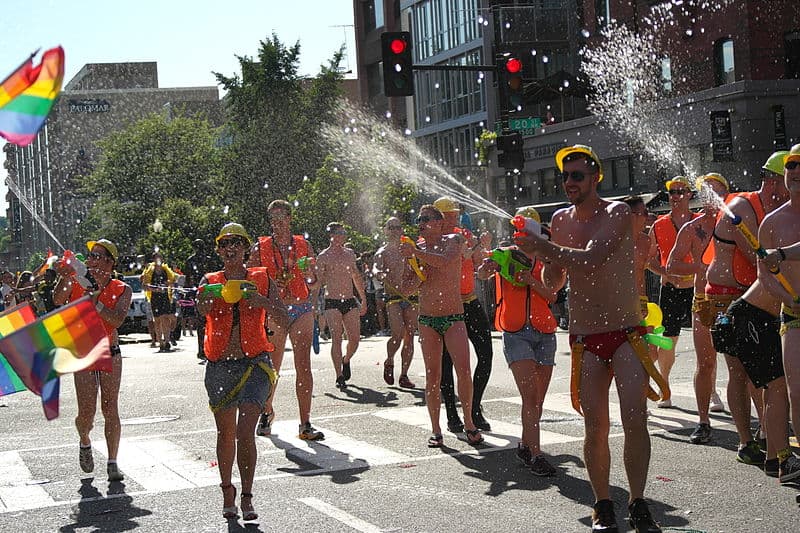 Photo by S Pakhrin via Wikipedia Commons / CC BY

San Francisco is well known for being one of America’s most LGBT-friendly cities. It’s as gay-friendly as it is expensive, but some things are just worth paying for. The San Fransisco Pride Celebration is in its 46th year and calls itself the “largest gathering of the LGBT community and allies in the nation.” The event takes place on the last weekend of June each year with its pride parade held on Sunday morning. The event is held over two days at the Civic Center and includes performers, speakers and various booths and vendors. Other related events occurring that same weekend are Friday’s Trans March and Saturday night’s Dyke March. Saturday is also known as Pink Saturday that weekend with a street party in the Castro district. 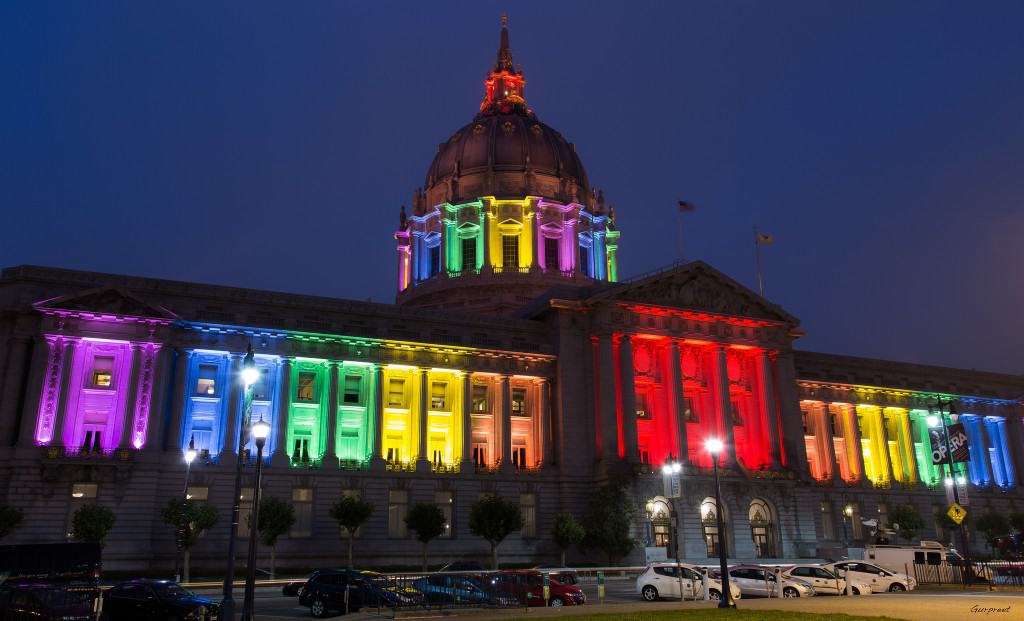 New Orleans Pride is the largest Pride celebration in Louisiana and calls itself “one of the fastest growing pride celebrations in the nation”. This year’s event starts off on Friday with a show hosted by Bianca Del Rio, winner of a little known series called RuPaul’s Drag Race. The parade is held Saturday evening and there are official Pride parties and events throughout the weekend. Sunday offers performances at the PrideFest on the corner of Bourbon St. and St. Ann St. If you can’t make it to this year’s NOLA Pride June 17th – 20th, consider the city’s other big gay celebration, Southern Decadence, New Orleans’ six day gay festival held around Labor Day. 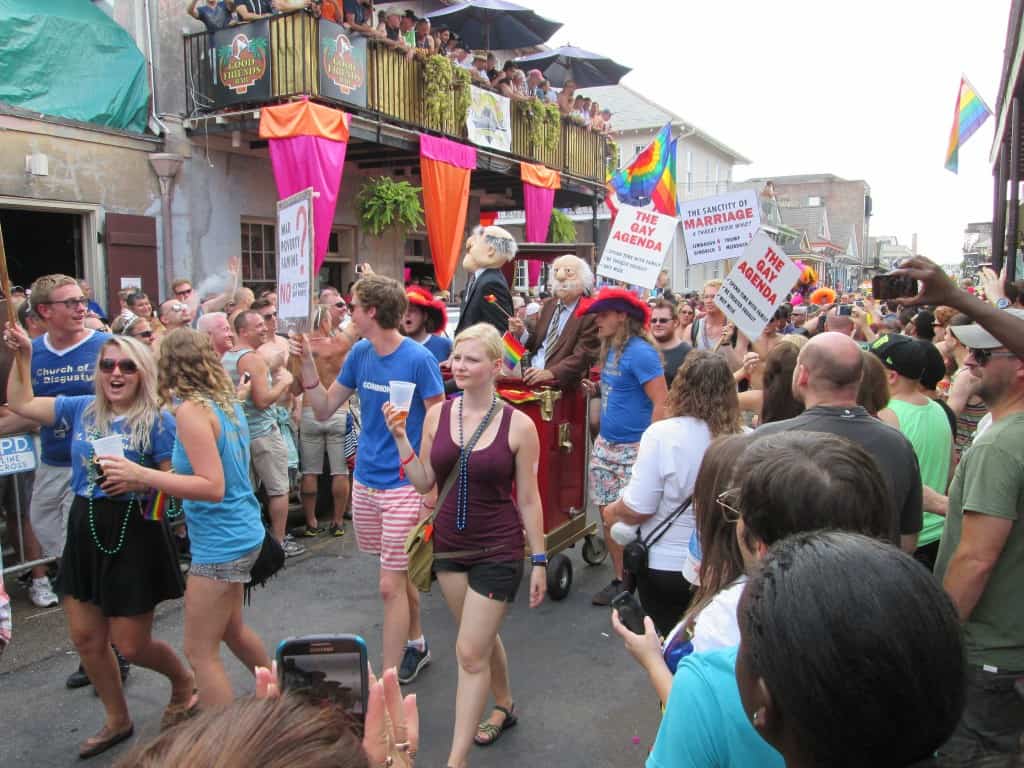 Photo by Infrogmation of New Orleans via Flickr / CC BY

Of course Chicago makes the list as it’s one of our favorite cities and their pride festival is a great excuse to visit. It takes place during the last weekend of June with its ever popular pride parade taking a four mile route on Sunday morning. In the last couple years the parade has attracted over a million attendees. This two day event is going strong in its 47th year and takes place in Chicago’s well known gayborhood of North Halstead, more commonly known as Boystown. Here you can expect great music from local artists and performers, plenty of food and drinks as well as various exhibitors. The events are free to the public but a suggested $10 donations helps to keep things running smoothly. If you can’t make it to Chicago Pride in June, be sure to check out Markets Days, Chicago’s other popular gay street fair in August.

Photo by Daniel Schwen via Wikipedia Commons / CC BY

Like San Fransisco and Chicago, Atlanta’s Pride event has been going on for over four decades, now celebrating its 46th year. However, unlike those cities and most around the nation, Atlanta doesn’t hold its pride festival during the month of June. Instead it’s held in mid-October around National Coming Out Day. This has been the case since 2009, when a drought the year before prevented the event from being held at Piedmont Park. The two day festival consists of speeches, concerts, parties, cultural exhibits and the pride parade. Atlanta also celebrates Black Pride around Labor Day at the end of August and start of September. 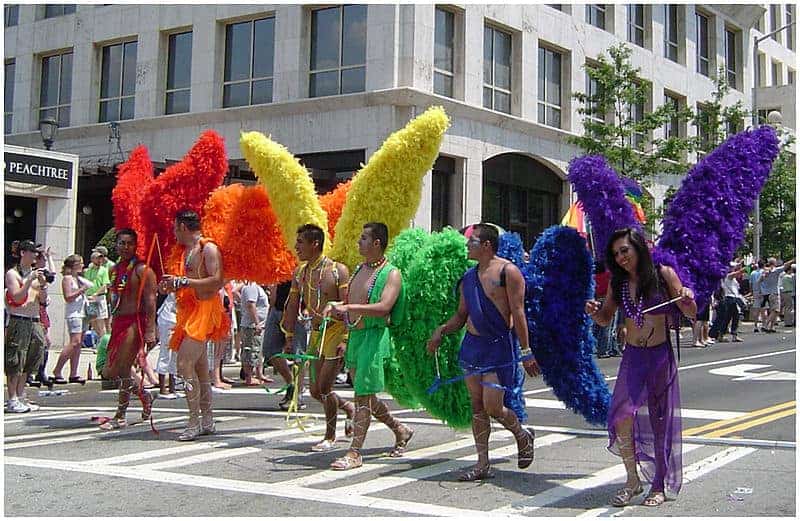 Photo by Hillary via Wikipedia Commons / CC BY

Which one of your favorite US prides would you add to this list? Share with us below in the comments!

Note: This article is written in collaboration with Expedia.com, however rest assured all opinions are 100% my own and we would never sacrifice our integrity for a sponsorship. Featured image by nathanmac87 via Wikipedia Commons / CC BY.