So you want to discover the world’s most gay friendly destinations but don’t have a lot to spend? We’ve rounded up this list of the top 10 most affordable gay friendly places around the world for some inspiration. And depending on what part of the world you live in, you might even find affordable flights to the places nearest you. It’s time to start planning your next adventure to one of these great cities. Plus, who doesn’t like saving a bit of extra cash in the process?

Often referred to as “the Saint-Tropez of Spain,” Sitges is one of the most popular travel destinations for gays due to its warm climate, nice beaches, bars and clubs and Gay Pride celebrations combined with affordable prices. With midrange hotel prices starting at 50€ and budget rates from 35€, finding a place to stay should be simple without breaking the bank. This town is tiny so once you arrive you’ll probably be able to walk everywhere saving the cost of local transport.

With an amazing gay nightlife and affordable accommodations, Madrid is one of the most popular gay travel destinations in Europe. You can find a private room in a simple hotel starting at 30€ and enjoying a nice dinner for two (including a bottle of Spanish wine) will only set you back 40€ or less. Grab a beer on one of the countless outdoor patios for 1€ and soak up the sun by day while you save your energy to party at night. Transport is inexpensive in Madrid but the city is so compact you can often walk most places, saving your valuable cash for drinking money. 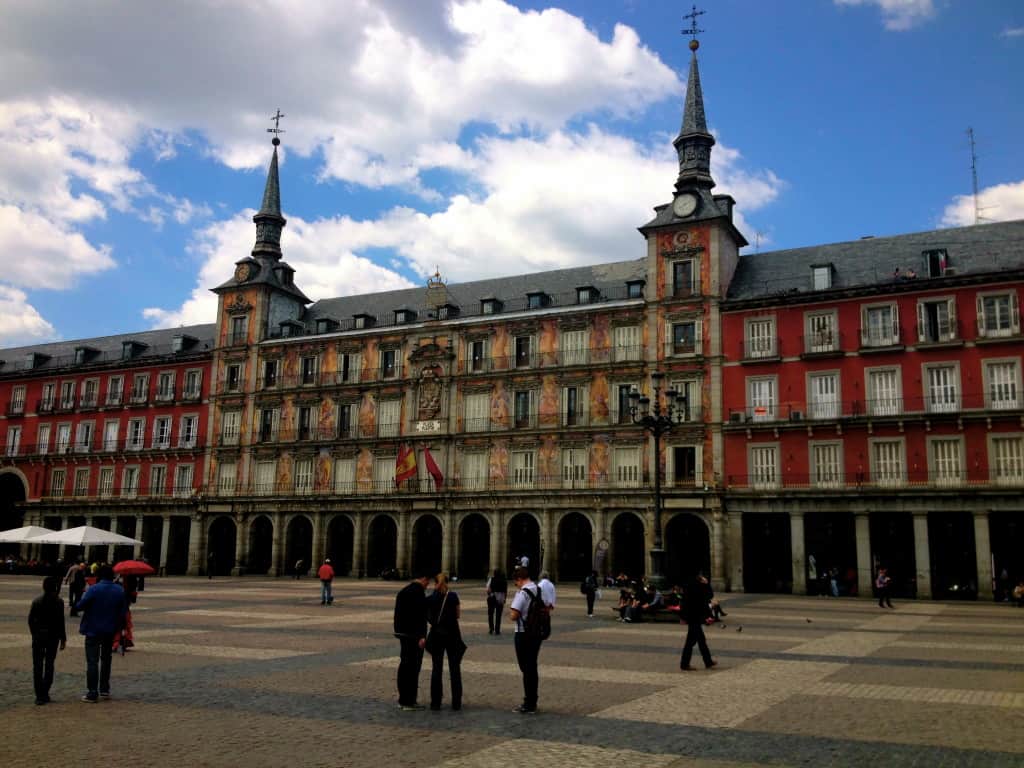 With more than 100 gay clubs, saunas and hotels, Berlin is one of the most gay-friendly destinations in Europe and perhaps the world. You can get a beer for under 4€ in a nice bar or better yet, buy a big bottle of a local German brew from the convenience store and relax in a park picnic-style. This gay friendly destination has many affordable options to offer including reasonable hotel rates and food prices. Public transport is a bit more expensive, so buy a day pass for 6€ or a Berlin Welcome Card to give you unlimited access to public transport and sightseeing for a fixed price. 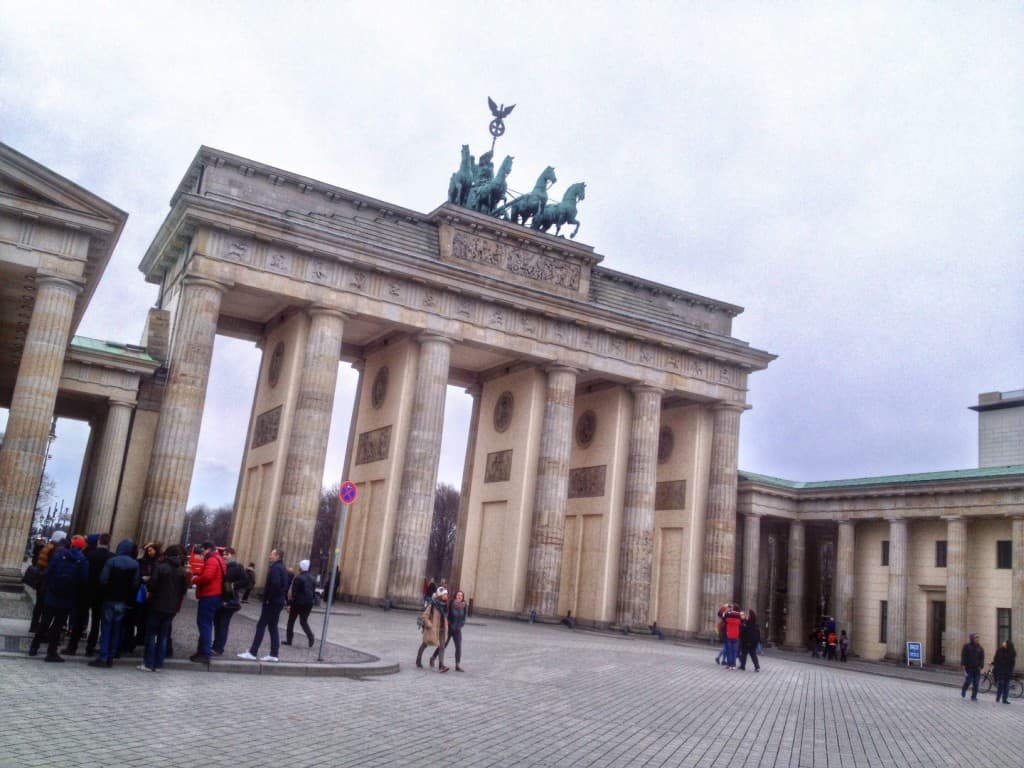 Known as “the gay mecca of Latin America,” Buenos Aires is considered one of the most open-minded cities with a number of gay-friendly hotels, bars, cafes and restaurants. Take a free walking tour of the city with BA Free Tours and enjoy great Argentine wine for a low price. Though it’s one of the more expensive cities on this list, it’s worth mentioning as one of the few gay friendly options in South America.

With legalized registered partnerships for same sex couples, the Czech Republic is considered one of Central Europe’s most liberal countries. While laws in the Czech Republic are not as progressive as those in Western Europe, the Czech people aren’t overly religious and being gay is generally a non-issue. Tour the famous Prague Castle for under 15€ and enjoy a couple of local beers pleasantly priced at just 1€ each. Meals and transport in Prague are reasonably priced as well and won’t set you back much. 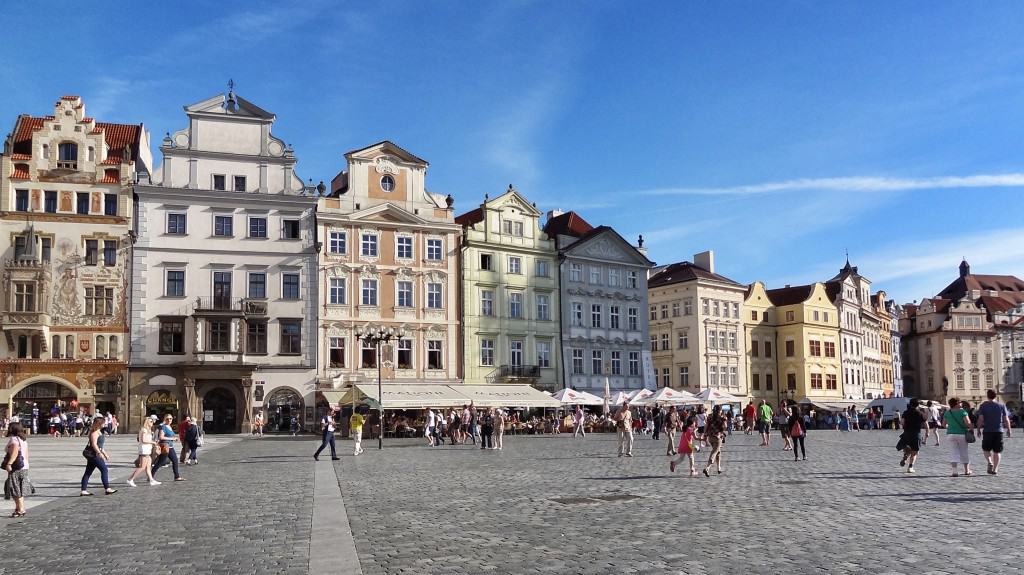 As one of the most frequented gay destinations in the Philippines, Boracay offers many exclusive hotels, bars and restaurants that cater specifically to LGBT people. Soak up the sun and warm weather on the beach while paying under 30€ for a nice, budget hotel. Local food is dirt cheap and it’s made fresh right in front of you. If you’re really on a budget and don’t mind shared accommodation or staying with locals, you can keep your total spending under 25€ per day and still have a nice experience without sacrificing too much comfort.

Bangkok offers an amazing gay nightlife that has made it one of the most popular destinations for gay travel. There are a large number of gay bars, clubs, saunas, spas and more to be found in this city. While a budget hotel costs less than 15€ per night, you can even stay in a luxurious 5-star hotel for less than 200€. Street food in Bangkok is delicious, fresh and costs under 3€ for a full meal including a local beer

With Mexico City’s acceptance of same-sex marriages, it has become a popular destination for gay travelers. In particular, the area of La Zona Rosa is a favorite for gay singles looking to mingle. A one-way metro ticket costs less than 0.50€ and you can eat a freshly prepared meal with a beer for under 4€. Sightseeing is inexpensive and you can even take a hop-on hop-off bus for under 15€, a great way to see this massive city in a single day. 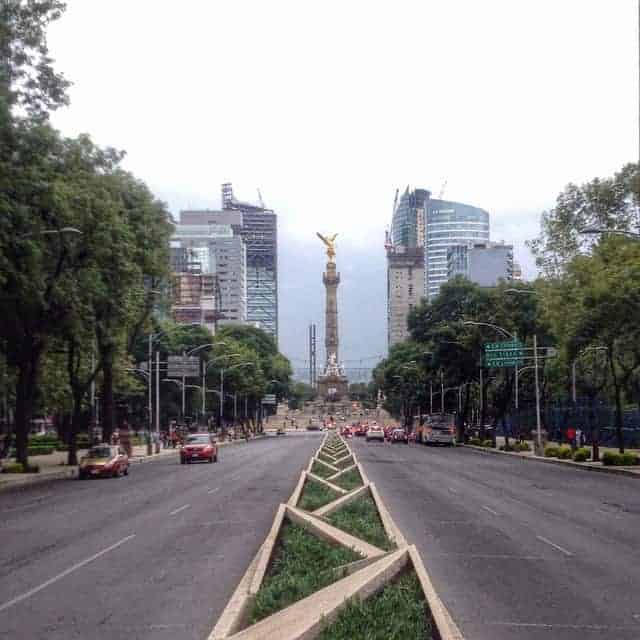 As Mexico’s most gay-friendly resort town, Puerto Vallarta offers legalized civil unions, Vallarta Pride events and much more. Visit The Naval Museum for a tour of Mexican and Spanish history, followed by a trip upstairs to their art gallery and coffee shop for breakfast on the balcony costing less than 2€. Rent a Jeep for 60€ per day and explore the area, followed by a dinner at a nice outdoor bistro for 20€ or less.

With substantial public support for same-sex civil unions, Santiago offers a great destination for LGBT visitors. It’s not as open and gay friendly as some of the other cities here, but it definitely tops the list when it comes to South America. Enjoy some of the best gay bars, hotels, clubs and events in this part of the world at reasonable prices. Both accommodations and transport are cheap. A taxi ride within the city will cost just 5-10€ and public transit is less than 1€ for a ticket. Chile is famous for its wine and you can pick up a nice bottle in a supermarket for just 3€.

The best way to keep your travel costs down is to visit a place closest to your part of the world. For North Americans, you can find budget flights to Mexico with carriers like Interjet or Volaris. Budget flights within Europe are the most numerous with options including EasyJet, RyanAir and many more through the region. For Oceania and Asia, your best bet for a low cost carrier is flying with AirAsia. You’ll usually find the best prices during midweek so avoid flying on popular days like Fridays or Sundays if at all possible. Unfortunately, air travel in South America is notoriously expensive so you may have to fork over a bit more to fly there. If you decide to go the budget airline route, be sure to pack light and avoid the checked baggage fee if you can manage it.

Which of these cities would you most like to visit? Let us know in the comments below and ask us more about affordable gay friendly places on Pepo!