I’ve visited New York City on a few occasions now so when I had a 5 day stopover in the concrete jungle during a recent visit to the States, I didn’t feel the need to repeat the madness in Manhattan like visiting Central park or Times Square. However, I do love big cities so neither was I going to avoid the dense crop of buildings. Plus, with the construction of the One World Trade Center (Freedom Tower) near completion, New York’s skyline has changed and I wanted to admire the facelift.

In a city as large as NYC, the skyline is forever changing; however this most recent addition is quite a special one and I was pleased to take it in from a few vantage points. I was staying in Brooklyn visiting my friend Stevie and the best part about staying with a local is the insider knowledge they can share. 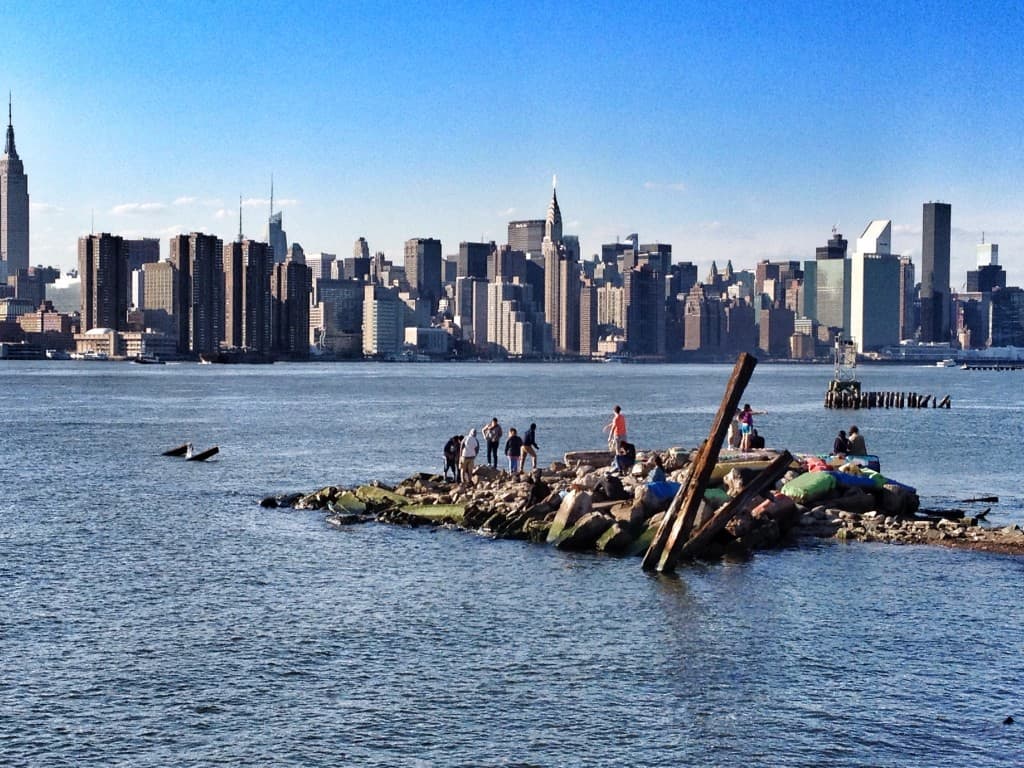 Not wanting to leave Brooklyn nor spend a lot of money my first day, Stevie decided to show me a great spot for beautiful downtown views of the city from Williamsburg in Brooklyn. We took the train to Bushwick Inlet Park where there are benches along the waterfront. I was surprised to find that while there were many people enjoying the recently arrived spring weather on this Saturday morning, it wasn’t grossly overcrowded and we had no issue finding a bench nearby as we chatted while admiring the sky-scraping backdrop. It was the perfect spot to greet the city once again. Also near this park, you can enjoy Smorgasburg, a weekend market with various stalls selling multiple food selections from savories to sweets, located at East River State Park.

My next capture of beautiful views was via a cruise around Manhattan. I took the landmark cruise with Circle Line to spend what I thought would be a relaxing hour and a half admiring the city by boat. While there was much to admire, there really wasn’t much tranquility as the word “cruise” seemed to imply. The ship really crams in the tourists, making the most of every square inch it can. As we passed Lady Liberty, I’ve never seen so many cameras pop up one handed to snap away. I was more in awe of this tourism spectacle than the Lady herself.

However she does manage to command your attention and the people around you seem to fade away as you stare out. Though I’d seen her before, I was more intrigued this time around after our trip to Colmar where we learned all about Bartholdi, the French sculptor who designed the monument. Still, what peaked my interest the most were the simpler things the cruise showed us such as the 1880s former Domino Sugar Refinery (closed in 2004), the 1930s neon red PepsiCola sign, and Roosevelt Island where the abandoned smallpox hospital stands. These sights offered a peak into New York’s history strewed among the just as captivating sky-reaching architecture. 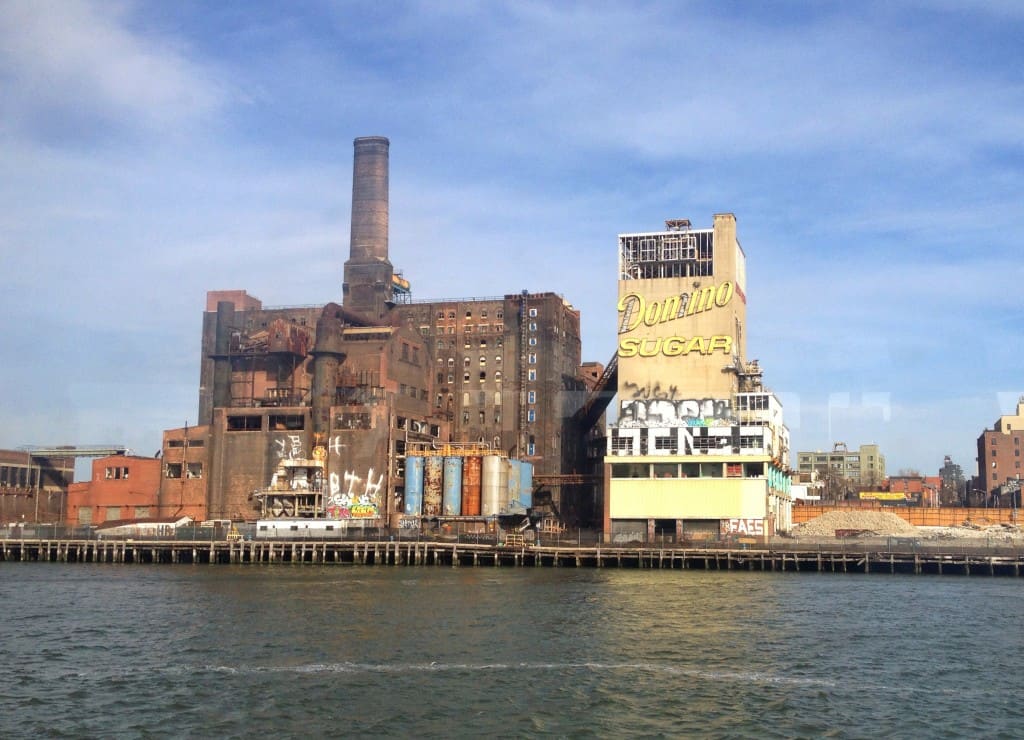 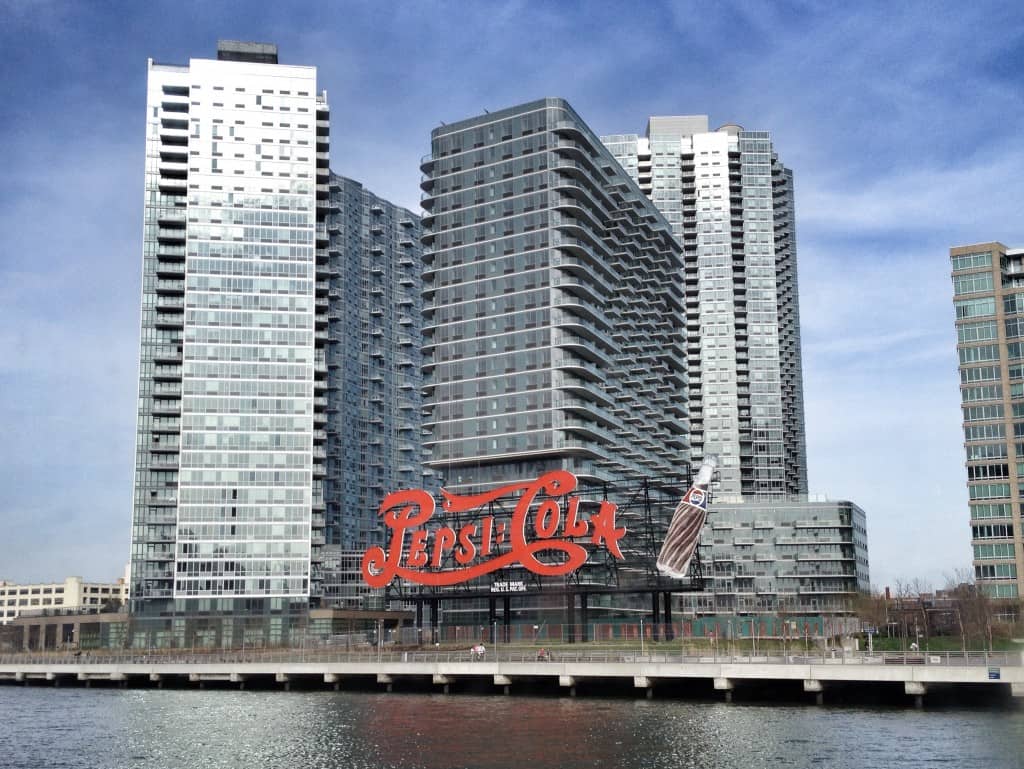 After seeing various abandoned sights while on the cruise, I decided it’d be fun to see what else the city had to offer in this particular area. That’s how I discovered the former City Hall subway stop (no longer in use) and how I could set my eyes on it. If you stay on the 6 train going toward the Brooklyn Bridge stop, you can see it from the window as you go by. You have to stay on the train past this last stop as it loops around to go in the other direction. While it turns is when you’ll pass by and if it’s lit up you’ll catch it. You’ll be the only one left on the train unless there are others staying to do the same or who just plain didn’t realize it was the last stop. The empty train makes it an even better experience because it’s rare to be alone on the subway in Manhattan during the day. It took us two tries, one to figure out what side of the train it was on and a second to repeat it while staring out the correct side. It was an easy and fun way to see a unique part of New York. 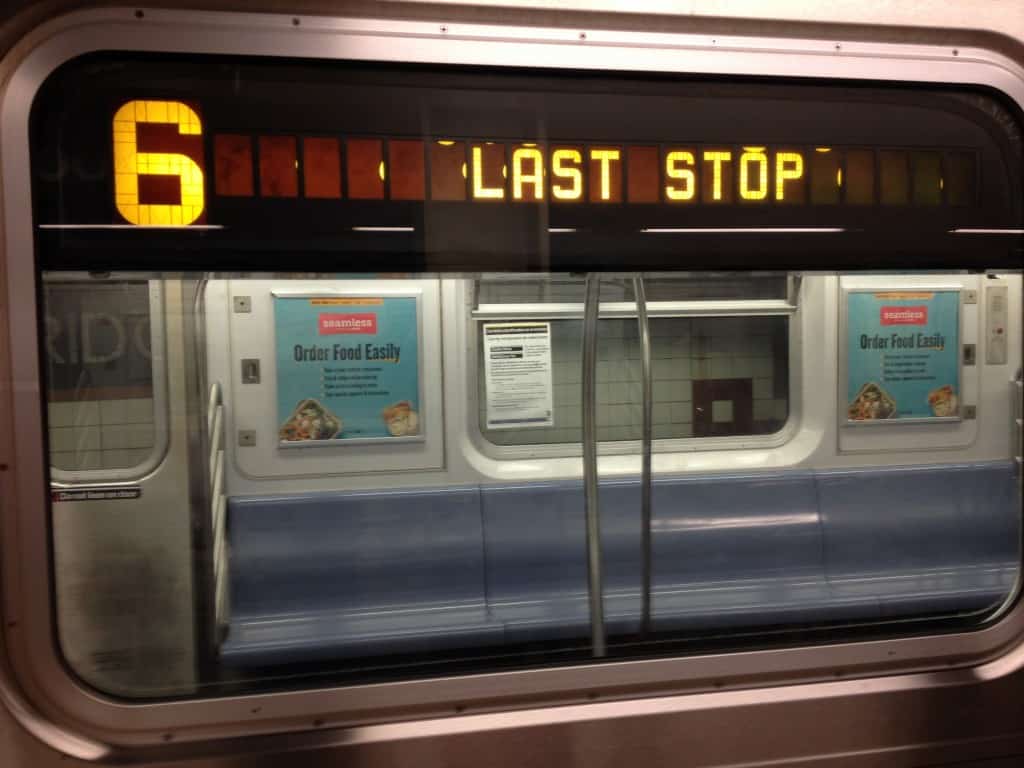 Another remarkable way to take in views is to check out the High Line, New York’s elevated railroad tracks turned mile-long longitudinal park. We met our tour guide on a clear Sunday morning for a 1.5 hour walking tour. Though a guide is certainly not necessary to enjoy this open space, I wanted to get some background information of this nonstandard outdoor area. Though it boasts over 300 species of plants, not everything was in bloom while we visited due to the dreary time of year; however, it still had much to show. Before converting into a raised park, the tracks used to be at ground level and weren’t elevated until the 1930’s. The last shipment on these tracks was in 1980 carrying nothing more special than frozen turkeys. As you tour the linear park, you can catch various historical buildings and sights if you know what to look for. At one point you can catch glimpse of Pier 59 where the Titanic was supposed to anchor as well as Pier 54 where the survivors docked. Along the High Line there’s also an intriguing window installation, entitled “The River that Flows Both Ways”, by Spencer Finch that supposedly depicts all the colors found in the Hudson River. 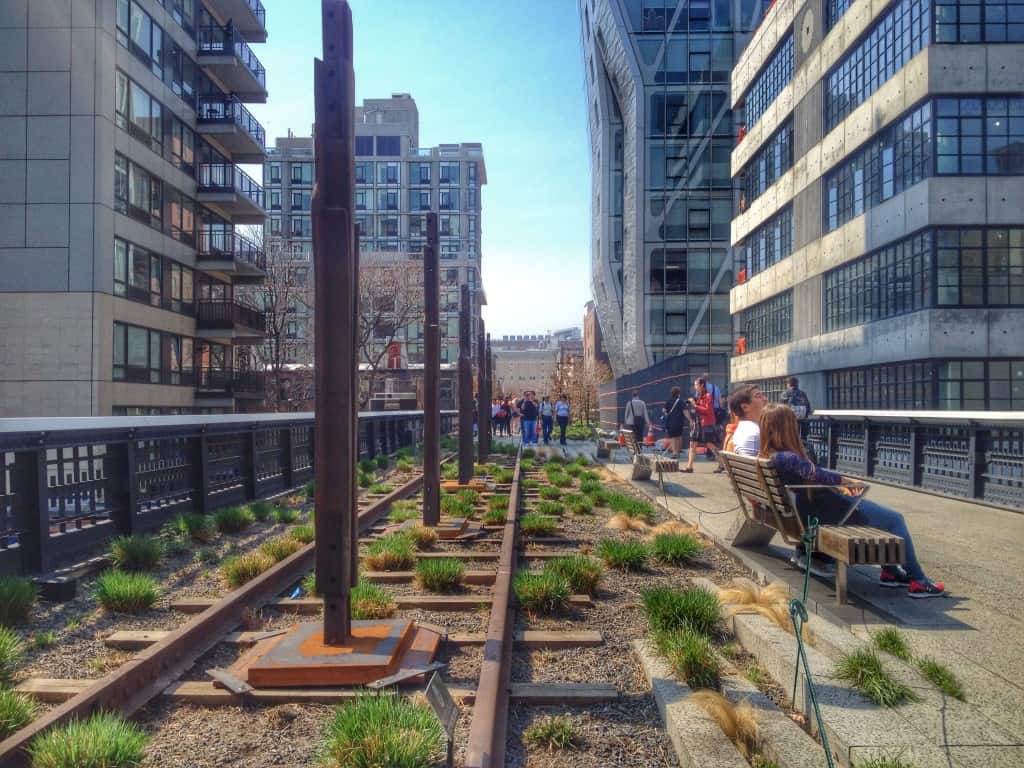 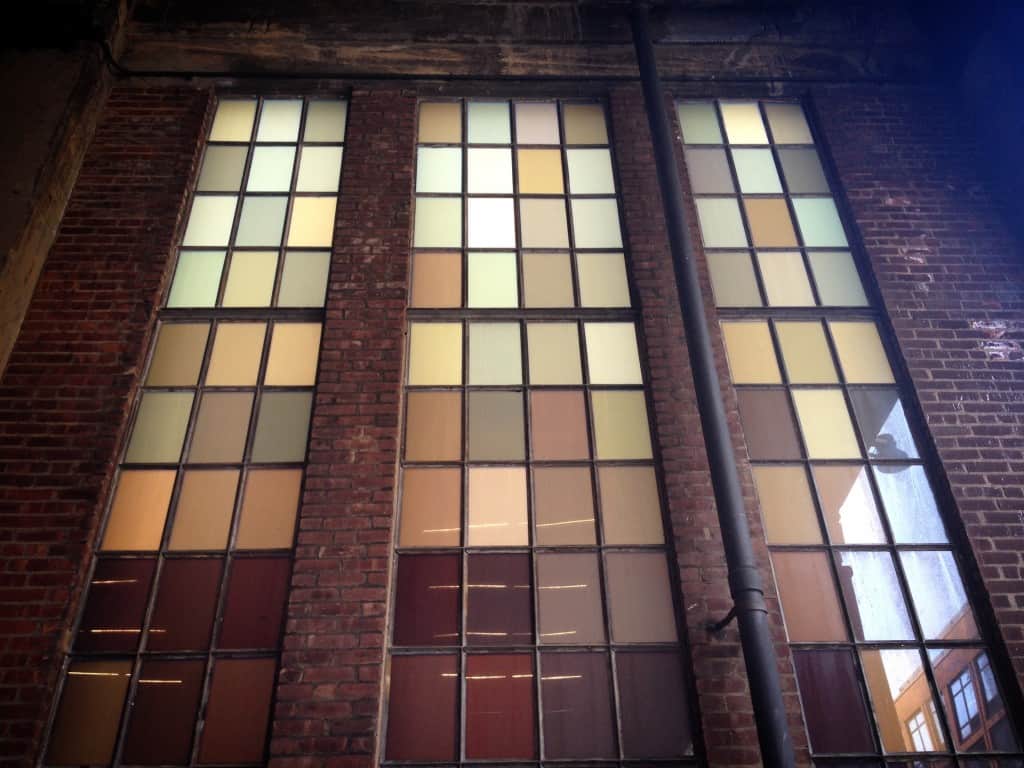 “The River that Flows Both Ways”, by Spencer Finch

With such a legendary city such as New York, which can inundate you with innumerable things to do and see, it was nice to relax and just take in the vistas.

How do you change things up when you revisit a city? Let us know in the comments!