My motivation to visit Newport was originally based on an arbitrary decision to find a stopover point between Boston and New York City. After spending 7 months in Spain, I was ready to return to the states for the Thanksgiving holiday to reunite with my family. So making the journey all the way to the states, I had the perfect excuse to travel a bit on the east coast (flying into Boston) before heading home to Phoenix (via New York). I’ll admit I’ve never had a burning desire to visit Rhode Island, though this was mostly due to knowing next to nothing about the state. After some quick research, I found that Newport could be worth adding to my fall-time journey of visiting the east coast of the US.

I soon found out that Newport is a beautiful sea-side city where the late 19th century rich came from New York City to build their summer homes and escape the heat. The town was dominated by famous names like the Vanderbilts who made their fortunes building up shipping and railroad empires. Newport’s legacy holds a lot of history – good, bad and controversial – and the city does a fantastic job at maintaining and preserving all the history saved in this small east coast town.

Taking a driving tour  is a good way to get a feel for the city and while getting a short preview of things to do in Newport. I took the Viking Trolley which departs from the visitor’s center. I was easily half the age of most of the other tourists on the trolley but went with it and enjoyed the ride. Starting with downtown Newport, the route continues through ocean drive and along Bellevue Avenue, which houses some of the city’s most famous mansions. Ocean drive is a 10-mile long stretch of road that goes along the rocky coast of Newport. The scenery along Ocean drive is the main draw with ocean views, rocky cliffs and high ends homes and mansions. This route can be done on your own if you have a car but you’ll miss the highlights of all the history of the city from the guide. 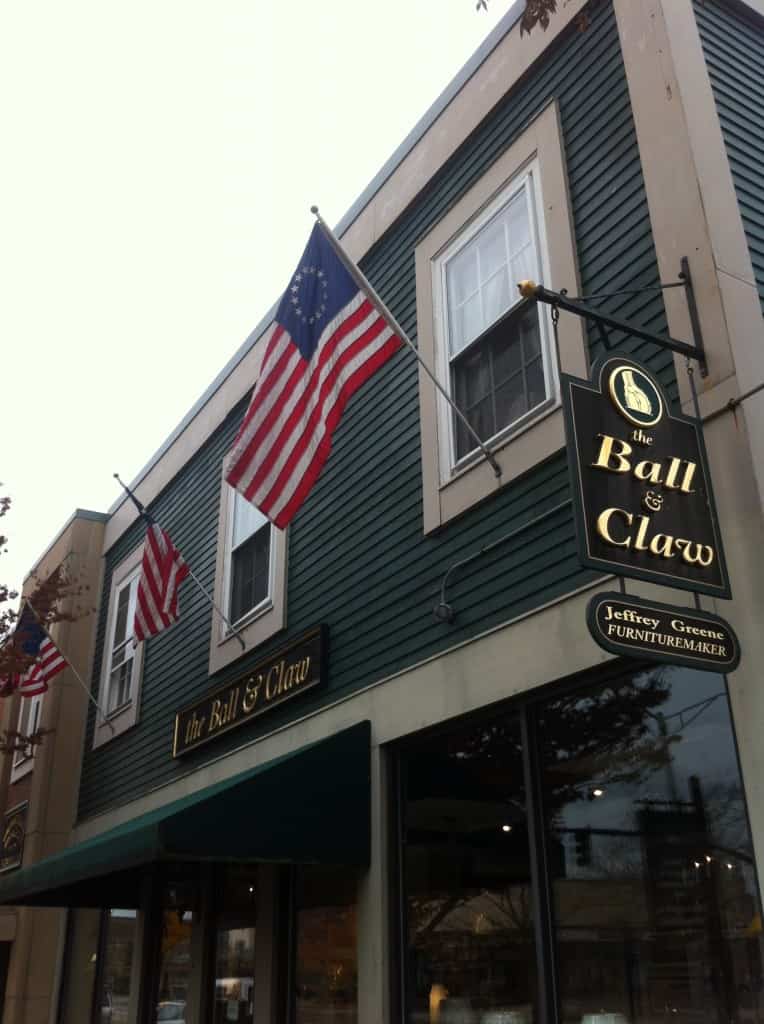 The cliffs that line Newport’s southern tip are some of the most beautiful in New England. If the weather is in your favor, you can take a walk along the path that lines the rocky shoreline. Facing one direction, you’ll look out into the Atlantic Ocean but a glance towards the opposite side will reveal the perfectly manicured lawns and gardens of some of Newport’s most famous mansions – purposely built in this location due to the stunning views. Part of the cliff walk trail was badly damaged in 2012 by Hurricane Sandy and is currently closed and under construction.

No visit to Newport is complete without going inside of at least one of the famous mansions that line the cliffs and sit on the edge of the ocean. I debated which of the mansions to visit, but with only two full days in Newport and a packed itinerary, I opted to visit just the Breakers – Newport’s most famous mansion. Named for the breaking of the water on the cliffs of its ocean front property, the Breakers was built by the Vanderbilt family starting in 1893. 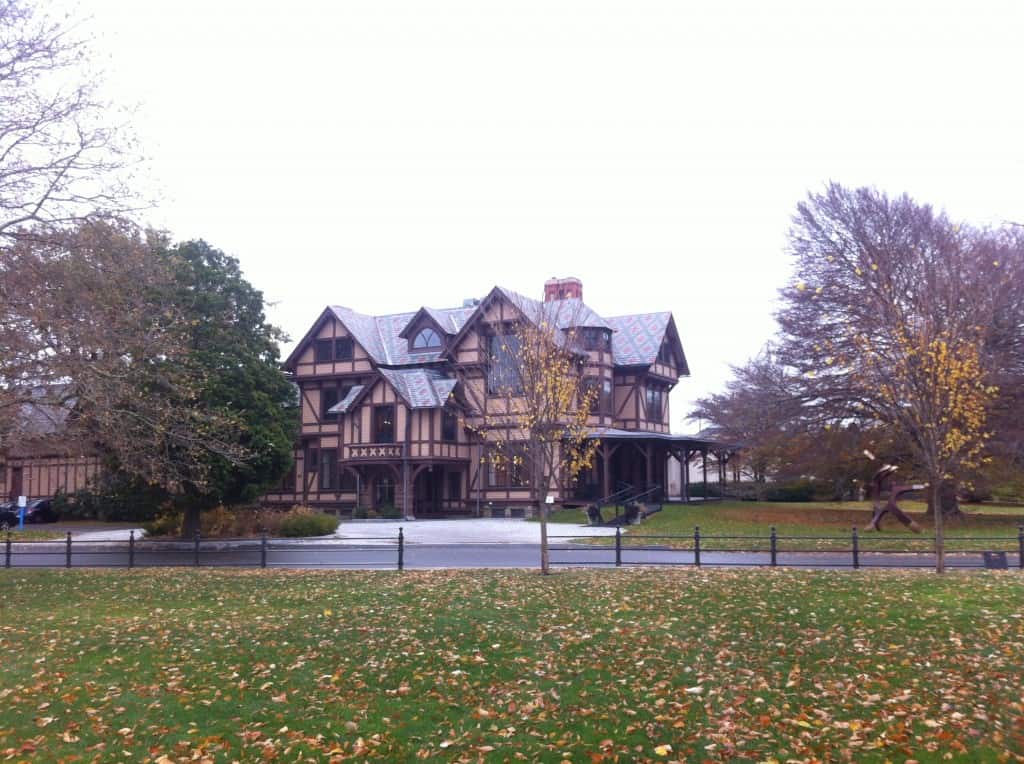 Are you a fan of birdwatching? Ya, me neither, but I actually found Schuest Point National Wildlife Refuge to be an enjoyable off-the-beaten path activity. I didn’t end up seeing too many birds during my visit but the walks through the wilderness preserves were quiet and peaceful. I took a 45 minute walk down one of the trails and found myself reflecting on my trip so far, where I was going next and just traveling in general. The hike was scenic but would probably be beautiful during the spring or summer months. My visit in late fall left much of the plant life a bit dull and brown. Another option would be a visit to the Norman Bird Sanctuary nearby. Neither location is accessible by public transport so you’ll need a car to get there. As an alternative, you can bike from downtown Newport in roughly 30 minutes. It’s a nice ride along the coast but hopefully the weather is better than my experience. I was insistent in exploring Newport by bike even with the near freezing temperatures.

One of our favorite activities while traveling is visiting a vineyard for a tour and some wine tasting. To my surprise Newport had several vineyards in the area and I took an afternoon to visit the family-owned Greenvale Vineyards. I was happily greeted by Lisa, a former corporate office worker turned vineyard guide and trainee. She had been working at Greenvale for under a year which made me feel comfortable since she was well informed about wine and wine making, but not to an intimidating level. My tour and tasting with Lisa was actually one of the highlights of my trip. Newport isn’t exactly flowing with tourists in November and the cold seemed to keep everyone indoors. Lucky for me, I had a person one-on-one tour and a really great chat with Lisa while strolling the property. The vineyard looks over the Sakonnet river with fantastic views and hosts weekend parties and events during the warmer months. 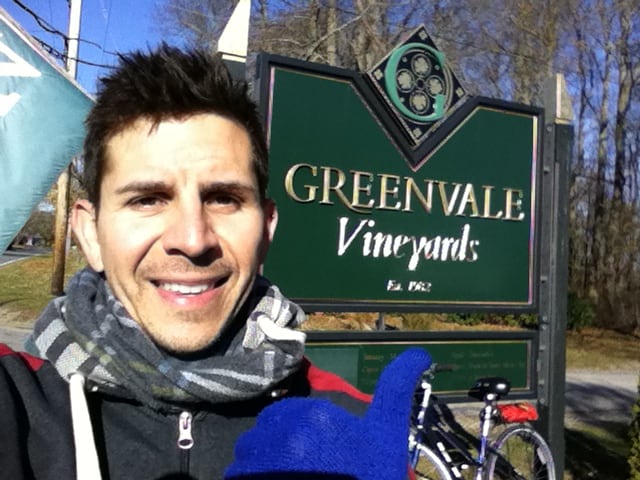 Despite being the smallest state in the US, I was impressed by what Rhode Island had to offer. If I had a bit more time during my trip I would have checked out Providence for a day or two being that it’s just a 30 miles from Newport and a major transportation hub in the region. So while Newport wasn’t the typical destination city that we tend to visit, I welcomed the changed in scenery and enjoyed the beautifully kept city and stunning ocean views from the cliffside. 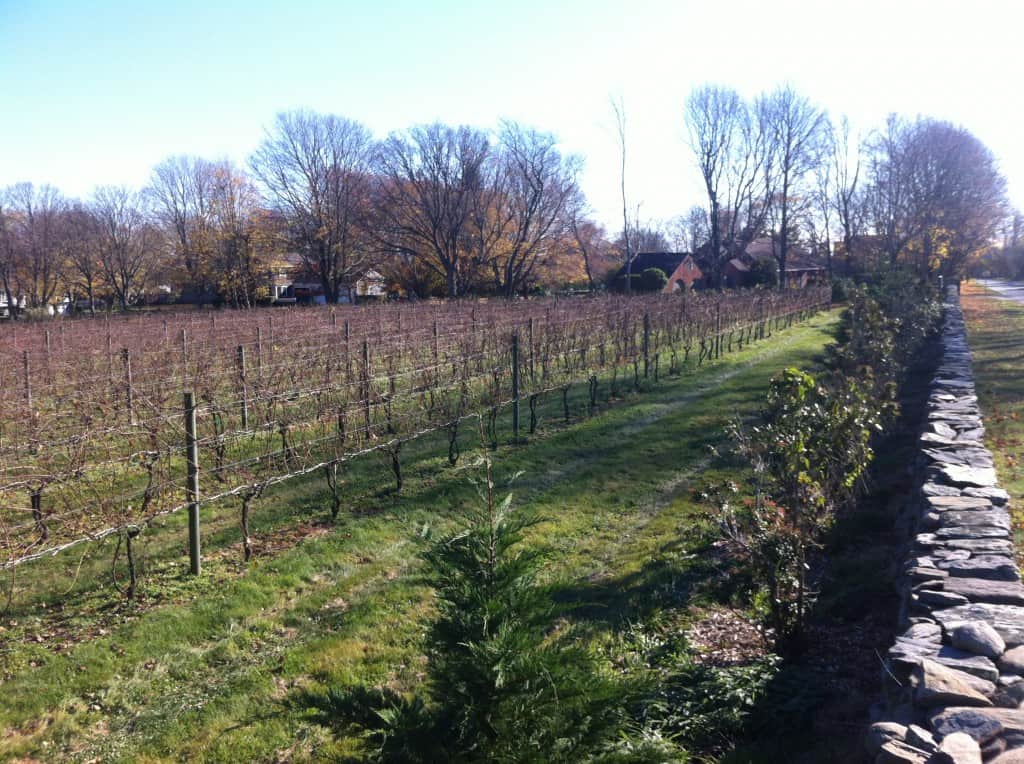 The Newport tourism board sponsored several of my activities during my visit but all opinions are mine. For more information on lodging, dining, attractions, transportation and more, visit www.DiscoverNewport.org

Have you ever been to Rhode Island before? What activities would you like to do in Newport?