Taking an escalator into a city center may be one of the more unique ways to make an entrance. Located at the top of a steep hill just 70 kilometers south of Madrid, Toledo makes for an easy day trip. It’s well connected to Madrid via a 45 minute bus ride at  a cost of 10€ or a 30 minute train ride at 20€ round-trip. If you enter the historic center from Puerta de Alfonso VI, there’s an escalator that allows the steep walk to be avoided. Unfortunately for us, we missed it entirely (tip: when walking from the bus station in Toledo circle to the right when facing the city, not left) but at least we got a bit of uphill cardio upon arriving in the historical district.

This is one of those cities that you hear about long before you ever make the time to actually visit. It was once the capital of Spain until the 16th century when this status was moved to its current city of Madrid. Toledo is a perfect representation of the many religions that have influenced Spanish history among the years of power shifting between cultures. In it’s height, the city maintained a relatively amicable cohabitation of Catholics, Jews, and Muslims. Though this was short lived when the reconquest of Spain turned on the Jews and Muslims. Today the remaining mosques, synagogues, and cathedrals echo what was once a diverse multi-religious, thriving capital. 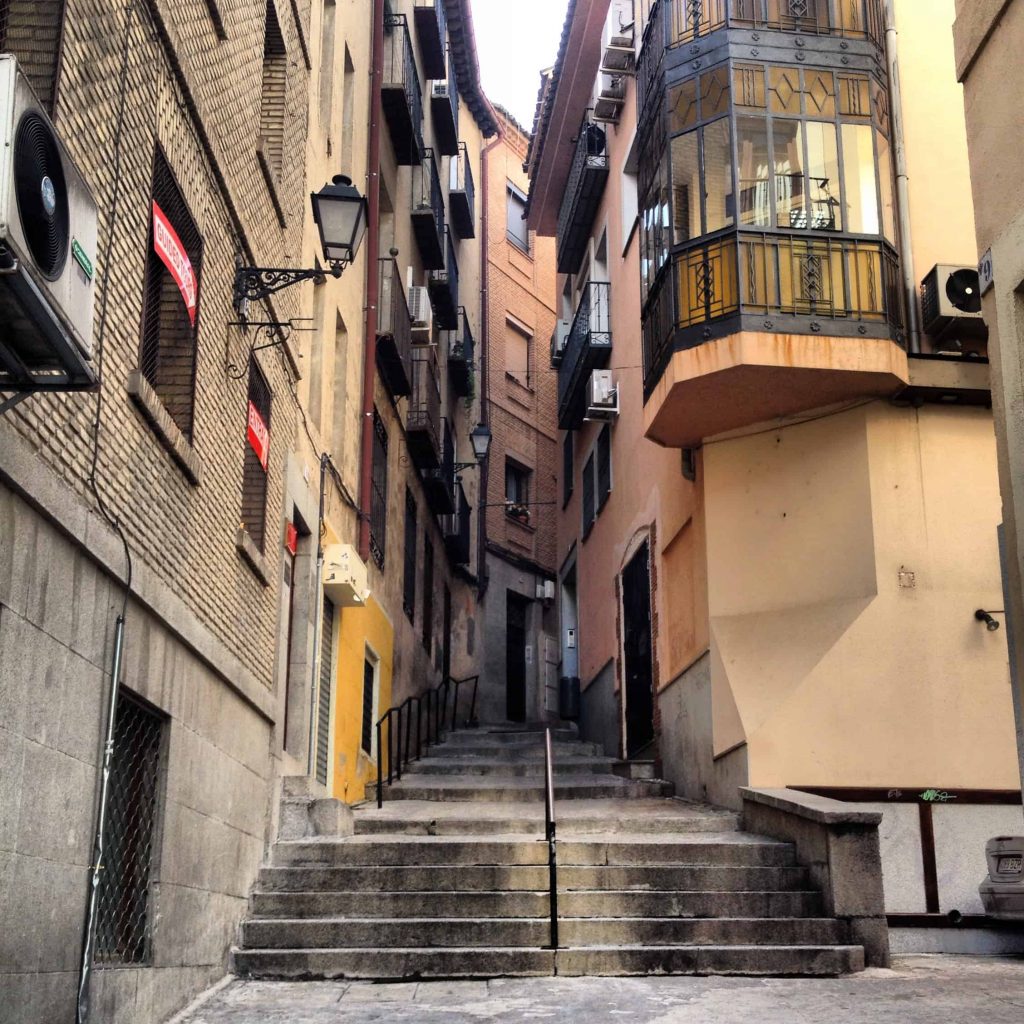 Though many of these religious sights are open to tourists, we avoided overwhelming our day by checking them all out and instead opted to enter only the Alcazar. Inside it’s been turned into a military museum including general Spanish history as well. Our guidebook had warned us that this museum is so in-depth that our feet would “be begging for mercy”. However, it failed to mention that our brains would crap out long before our feet would. It was more than we could mentally handle in one visit, but for 5€ we saw our value’s worth. Audio guides in English were available for an extra fee though we opted to try our skills with a Spanish level test by going full language immersion. The Alcazar isn’t visually impressive exteriorly as some others are around Spain. In fact, its plain, squared architecture is relatively unimpressive. The museum, though, makes up for that. 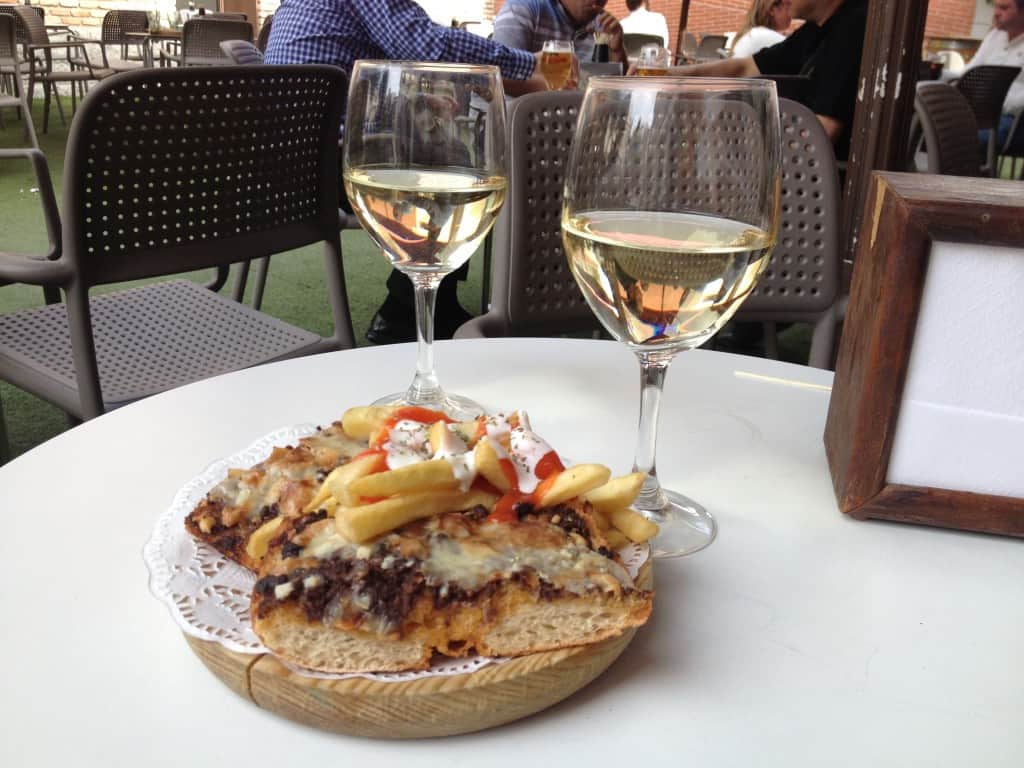 And the perfect way to recuperate from an exhaustive museum visit? Wine and tapas of course! Just outside the Alcazar we saw a relatively quiet patio with seemingly excellent tapas being served up. For 2€ glasses of wine, the tapas came with the drinks. This isn't uncommon in Spain of course. However, the tapas can be hit or miss when they’re free. At Enebro, a place we later discovered was also recommended in our guidebook, the tapas are a direct hit. Fantastic! 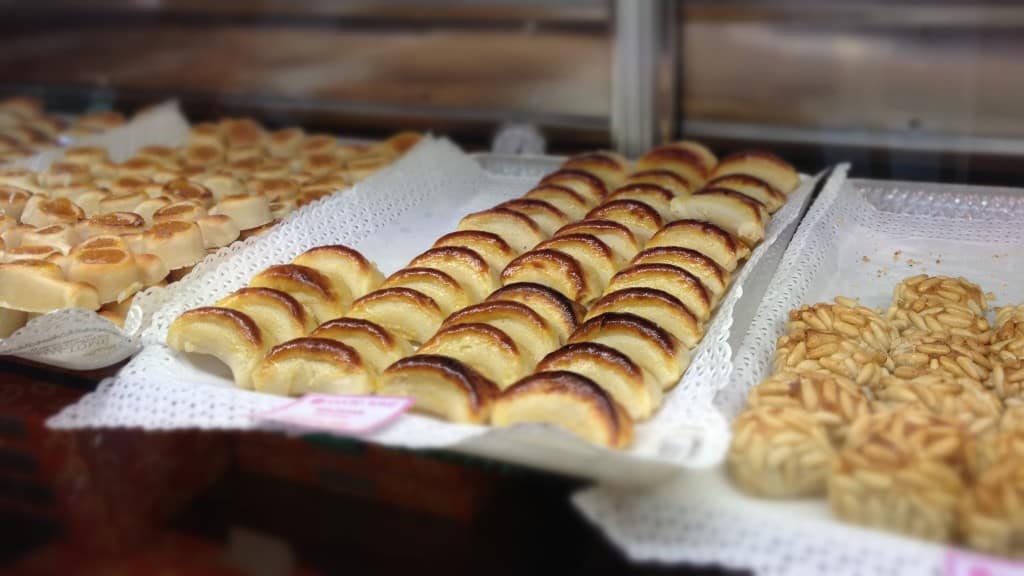 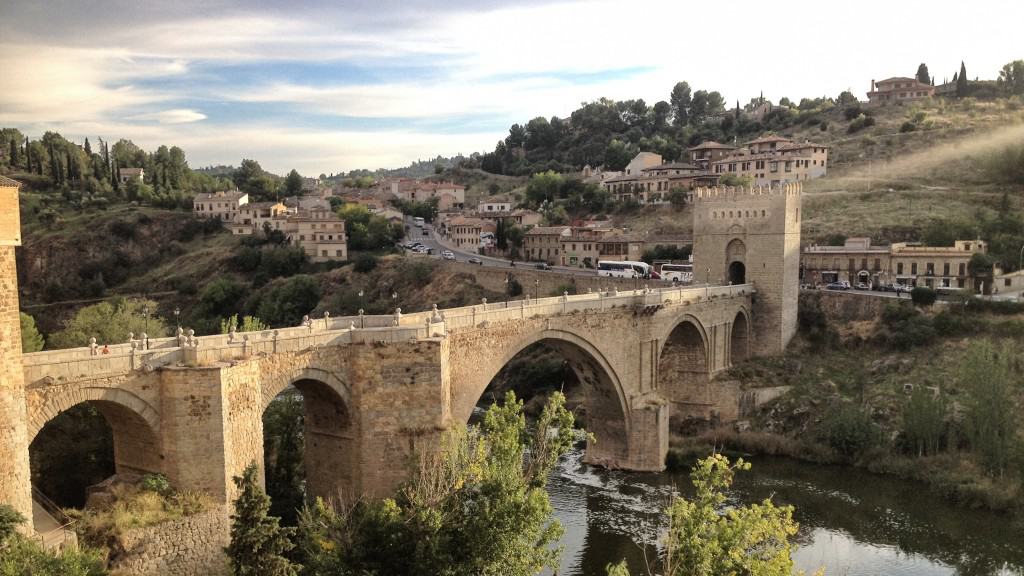 So, did I love Toledo?

Not as much as I thought I would. It isn’t jaw-dropping amazing. In fact, as far as day trips from Madrid go, I much prefer the quaint charm of Segovia. However, once we reached the Puente de San Matrín on the other side of the city from where we entered, I really started to feel the draw. The river hugs the city’s edge and houses are sprinkled along the hills opposite the river. Enjoying that view was my favorite part of the day – except for the second time that we stopped for more wine and tapas before reaching the bridge. Oops! Mmm! 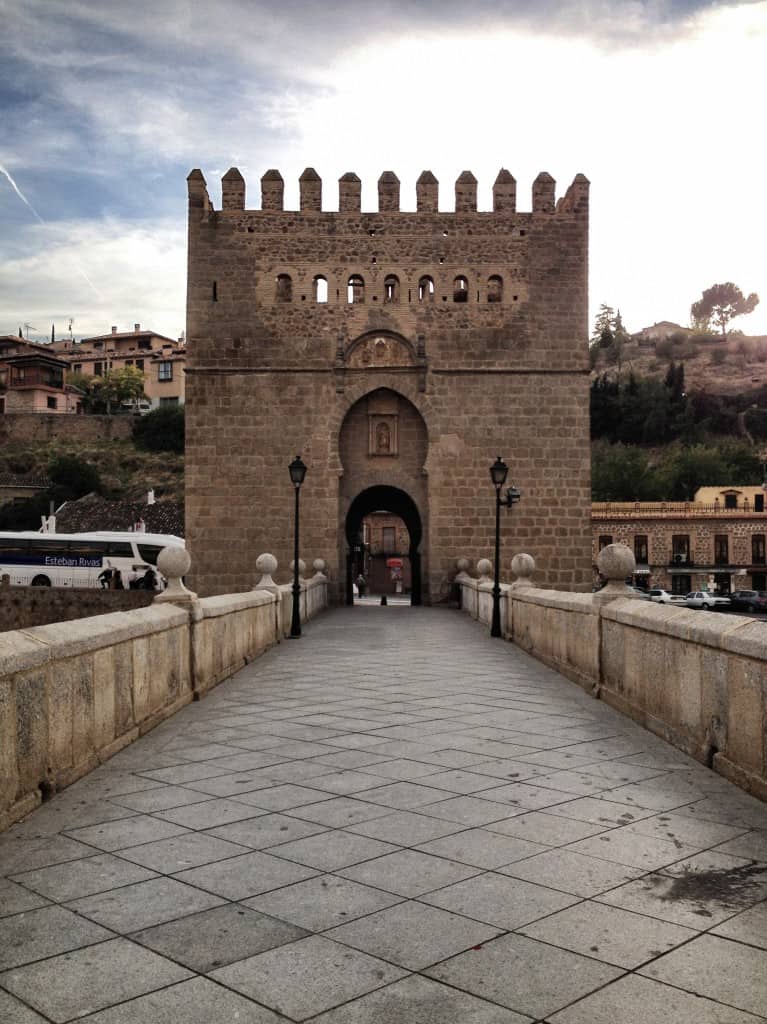 [divider_5px]What do you think: Toledo or Segovia? Can they be compared? Which would you choose to visit for a day trip outside Madrid?[divider_5px]