After dodging tomatoes being wildly thrown in an every direction at Spain’s La Tomatina, we made our way to Paris while still traveling with our friend Nathan from the States. For some reason he put a lot of trust in us to guide his European vacation. From  the destinations to travel insurance to hostels to trains to sim cards he took our advice. I guess the “TwoBadTourists” name didn’t bother him. So we headed toward France next, though Paris is not exactly a direct shot from Valencia. Thus we picked a destination to stop off at on our way. Toulouse had long been in the back of my mind to visit and proved to be conveniently located midway on our route to Paris. We had three goals in mind for this visit: brave another walking tour, eat a nice dinner on a terrace, and take a day trip out of Toulouse to the nearby fortified city of Carcassonne.

I say “brave” a walking tour not because they’re terrible but just because they involve a lot of, well, walking. And we do them quite frequently. Plus I’m a bit of a whiny person so if my feet hurt someone is going to hear about it. But walking tours are a great introduction to any city and sometimes we like to use them to orient ourselves right away. Toulouse isn’t a huge metropolis, but with a population surpassing a million it is the fourth largest city in France. Nicknamed “the pink city”, the innumerable brick facades incorporated in the architecture of Toulouse lend the explanation. That tidbit of information was imparted to us during our Discovering Toulouse 2 hour walking tour – a duration we could handle! The tour gives you an overview of things to do in Toulouse since you can return to individual sites and visit in more depth later. 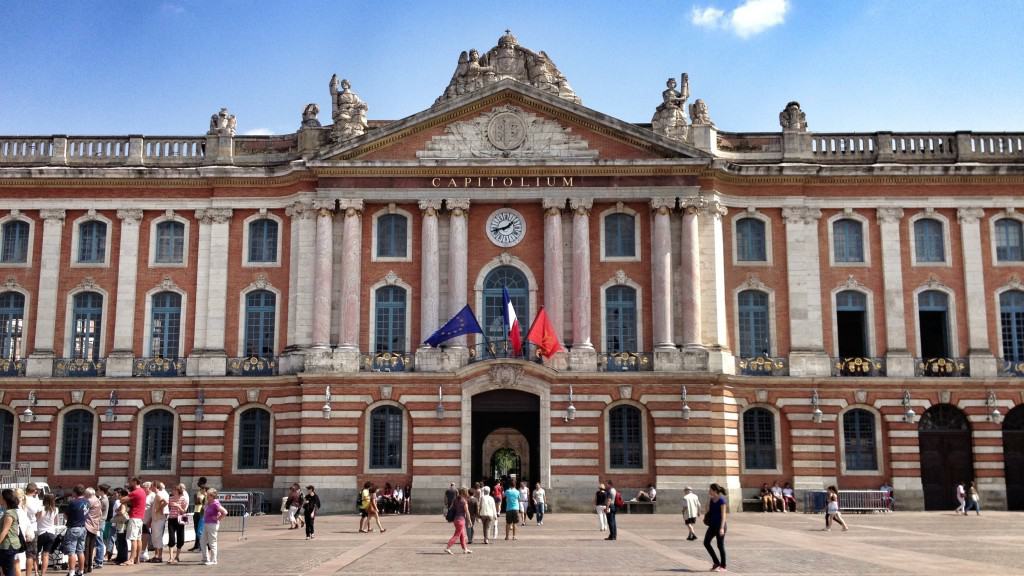 The Capitole in Toulouse

As we strolled through the city streets we stopped to observe the main sights like The Capitole (the city hall); the Taur Church which was built on the burial place of the town’s first bishop St. Sernin who was tied to a bull and dragged through the streets; and the Saint Sernan Basilica which is a principal pilgrimage church as well as one of Europe’s largest Romanesque churches. In addition to these sights we also learned about the Occitan language and heritage of the city – a term I admittedly had never heard of before.

Occitan is a language that is still alive today, though not widely spoken nor taught. It is a romance language most closely related to Catalan. Many street signs around the older part of Toulouse are written in Occitan and French and even the metro audio announcements are in both languages as well. However, other than these occurrences we never heard it spoken and it’s unlikely that any tourist would. 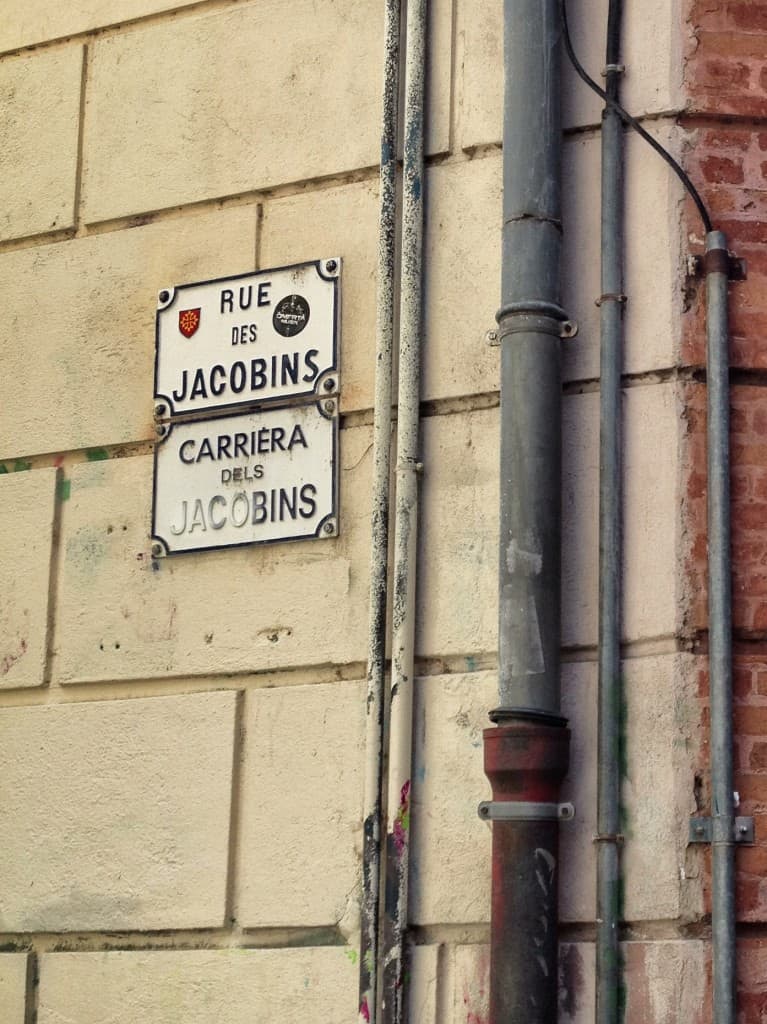 Street signs in French and Occitan

We spent the rest of the day sampling Toulouse’s gastronomy with crepes in the afternoon and a nice dinner on an outdoor terrace in the evening. The following day we headed out of the city for the small town of Carcassonne, about 45 minutes away by train. It is a medieval fortified town that has gone under incredible restoration. When  we turned the corner on our walk from the train station to see this timeless fortification on the hill it really was like being in the movie “Robin Hood: Prince of Thieves”. Though that’s probably because it was one of the locations of the film. 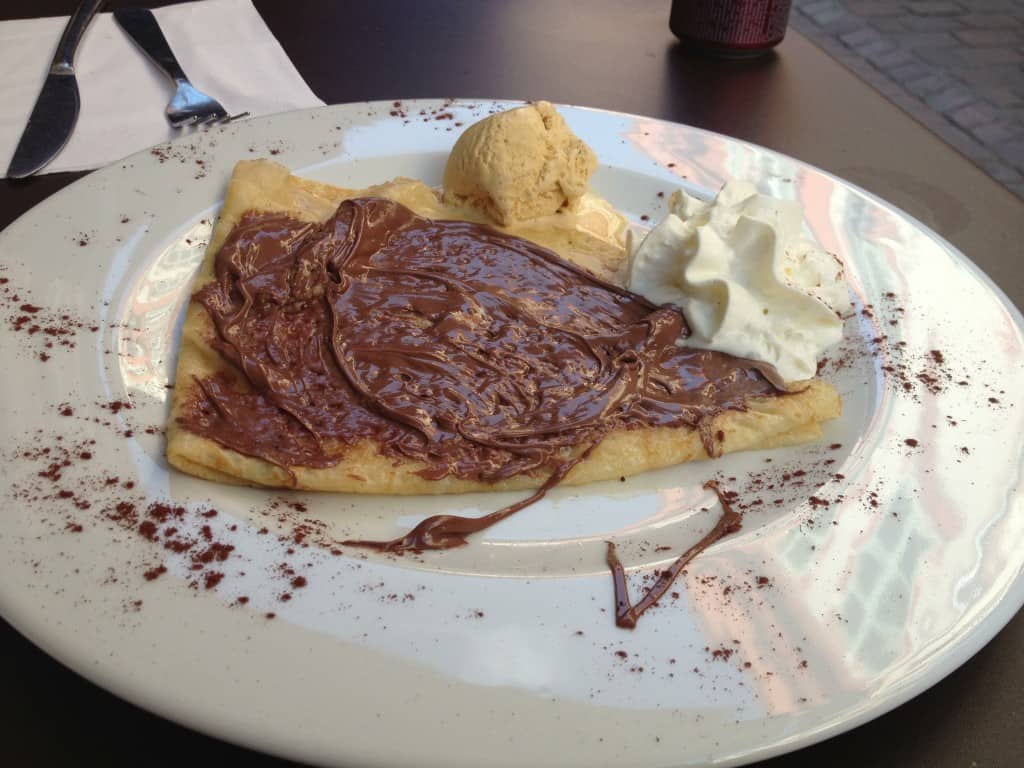 While we were in awe of the exterior of this pre-Roman settlement, we were a little disappointed by the immediate tourist traps encountered at the entrance of the city. Tourist shops and over priced restaurants lined the streets. This scenario just ripped away the historic presence that Carcassonne struggled to offer. Still, we were in an incredible display of work hundreds of years old and were lucky it was still around today. Not just because of it’s age but because it was almost demolished by the French government due to its state of ruin. Luckily an uproar and later a campaign to save the settlement succeeded and the fortified city of Carcassonne has been a UNESCO world heritage site since 1997. Tourists trappings aside, this fortification is worth seeing. 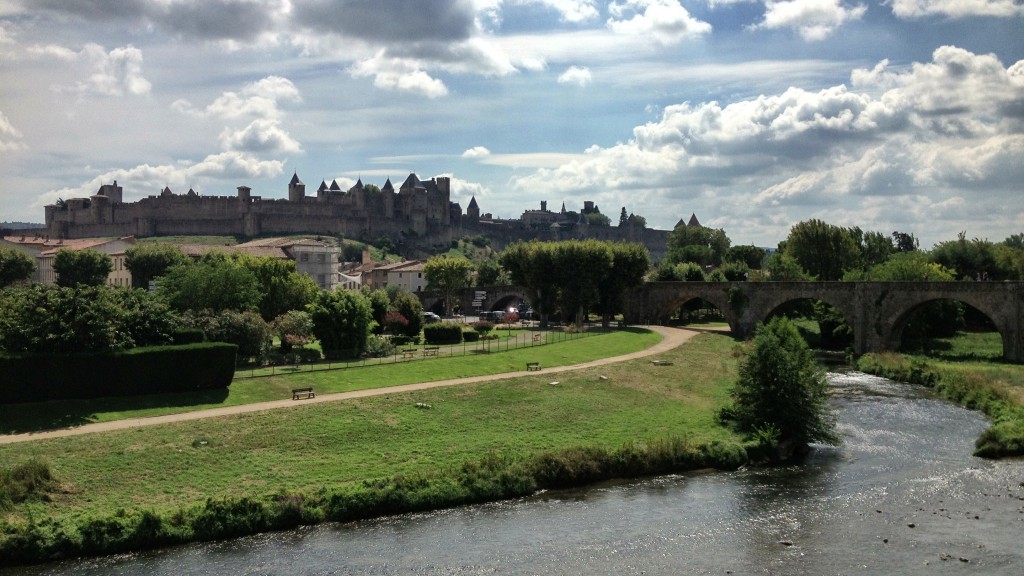 Toulouse proved to be a great city for our first visit to the south of France and can be easily seen in a weekend. But I would have preferred to spend much more time exploring it if we had had the time. 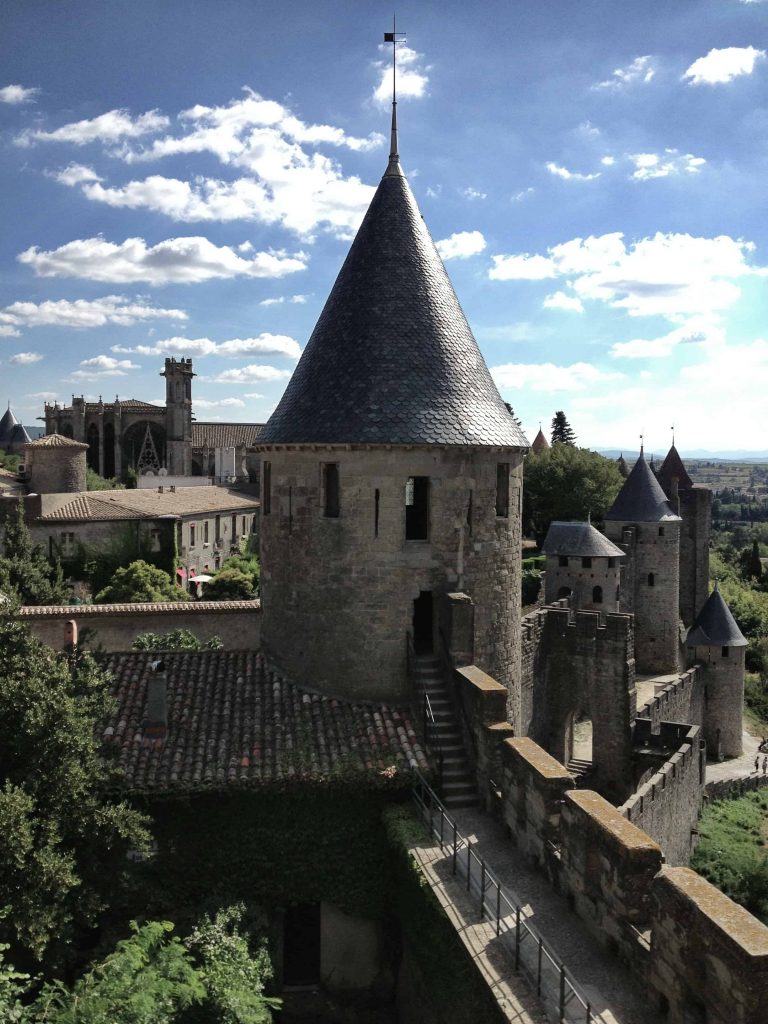 What do you think of Toulouse and Carcassonne? Would you want to make a weekend visit?

7 Comments on “A Weekend in Toulouse and Carcassonne, France”