Ibiza: What to do if you’re not clubbing

Somehow we have managed to live in Spain for an entire summer and yet we’ve not visited Ibiza! How is that possible? Well, we suppose it’s because we’ve been doing plenty of other traveling around Europe this summer. And it’s probably because we’ve heard a lot about the outrageous prices of clubs in Ibiza. Still, we’re destined to go eventually and are happy to share an article that’s specifically about not clubbing in Ibiza. Here’s what we can look forward to aside from the expensive night scene.

It’s one of the clubbing meccas of the world. But our recent trip to Ibiza managed to take in not one single club. And, it was all the better for it.

While we’re not against falling out of clubs when the sun is rising and spending the day lounging by the pool to recover, you don’t see an awful lot of a destination that way. So, this time round, we decided to forego the superclubs in favour of some sightseeing – our mission: to find out if you can really go to Ibiza, not set foot in the likes of Pacha or Privilege, and still fall in love with it.

There’s a market taking place somewhere every day in Ibiza. But the original, and the best, is the Hippy Market at Es Cana every Wednesday. The narrow streets are lined with hundreds of stalls selling everything from colourful batik wraps to handmade leather moccasins.

Las Dalias night-time market in San Carlos is also a must do. Open from 8pm to 1.30am, it is as much a meeting place as a market, with live music and stalls selling healthy tapas which you can wash down in the Moroccan tea tent. The party capital of Ibiza, San Antonio, also hosts a street market along the front of the harbour, which you can see from the rooftop pool at the Central Park Apartments. You can combine a spot of superyacht envy with picking up some unique hand-crafted finds.

While Ibiza Town may be best known for Pacha, or one of our favourites the Calle de la Virgen, where free shots are usually the order of the day, it is also home to a UNESCO World Heritage Site. Dalt Villa, the old town, is a delightful tangle of narrow, cobbled streets, breathtaking views, bastions and esplanades. The battlements by the Cathedral of Our Lady of the Snows are the best place to drink in panoramic views. You can see the red tiled cupolas of the church of Santo Domingo along with all the goings on in the Main Square. The sand-coloured Eivissa Castle is also beautiful. Mixing 12th century medieval architecture with Islamic and 18th century barracks, it is a historical mismatch. But, only the grounds can be visited. 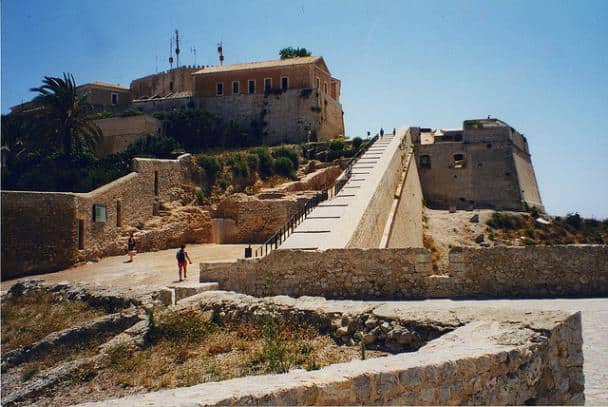 Ibiza’s coastline is capricious with bays, coves and rock formations with the most atmospheric being the landmark Isla Es Vedra. Sitting just off the southwest coast, Es Vedra is a place of myths and legends. It is said to be both the island of the sirens in the Homer epics and the tip of the lost island of Atlantis. If you make a wish as Es Vedra comes into view, it might just come true.  But, if your wish is simply to go to Es Vedra, you’ll find boat trips leave from San Antonio and Playa den Bossa to take you around the island, stopping off for swimming along the way. 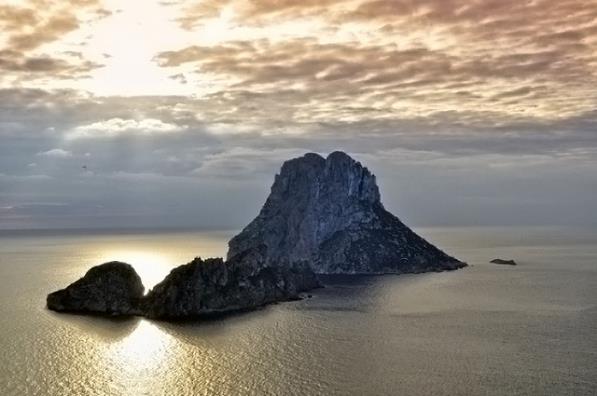 Ibiza’s beaches can become so crowded during the height of summer that finding a clear spot of sand to lay your towel is almost impossible. But, if you leave the beaten track behind, you can find pristine sands and pebble coves which you practically have to yourself.

Es Xarcu, on the east coast, is a tranquil little cove with a restaurant serving up the freshest seafood, caught the same day. Pou des Lleo is another small cove, which is usually quiet, and is backed by quaint fishermen’s huts that are a dream to photograph.

And while Ibiza’s sunset is famous, with partygoers lining what is dubbed Sunset Strip in San Antonio to watch it, you can enjoy the experience at its best by driving a few minutes’ north to Cala Salada, a serene beach with no tourist developments. And, as we spend our final evening watching the sun sink into the horizon behind the little islets of Sa Conillera and Bosc, we find we haven’t missed the clubs at all. 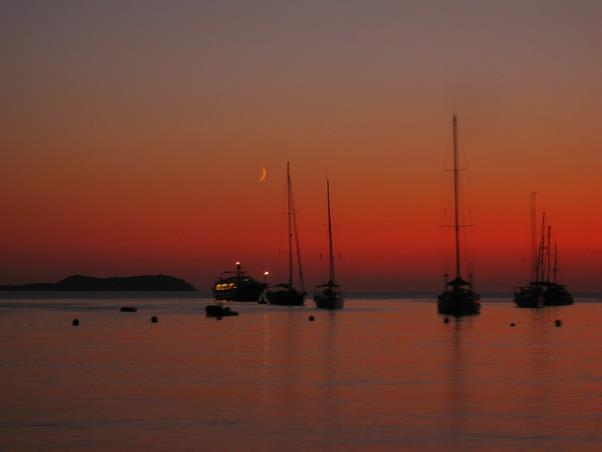 Katie is a travel-loving blogger based in the UK. She is always on the lookout for her next adventure and wherever she travels she seeks out experiences that take her off the beaten track and immerse her local culture and history.