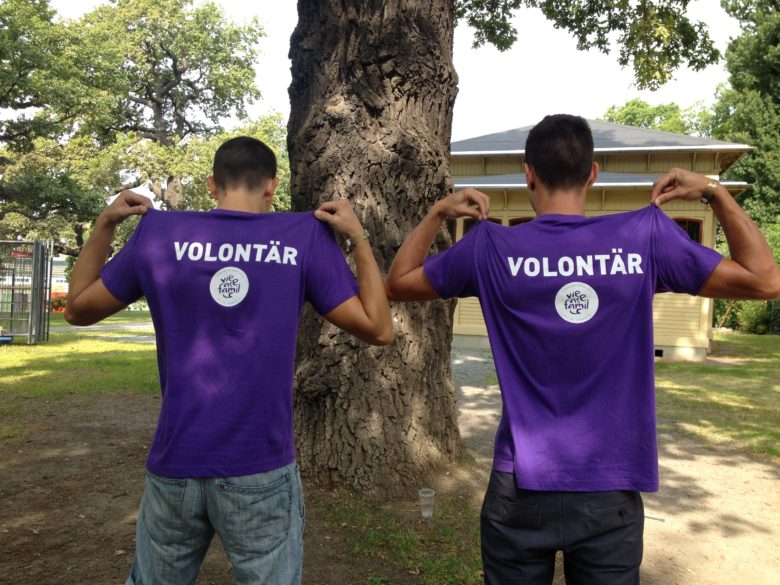 Sweden is listed as the second most expensive country of the European Union according to some statistics with regard to goods and services. Yet to our surprise, Auston and I managed to make it one of our most cost effective European trips while attending Stockholm’s costly Gay Pride week. How so? Aside from finding cheap flights which is almost too easy in Europe with budget airlines like Ryanair, we also volunteered and couchsurfed. Oh, and we also brought our own alcohol with us from Spain to avoid Sweden’s over-priced government ran liquor stores. Yes, we were that prepared.

Originally we didn’t have any intentions to travel to Stockholm for their Gay Pride. However when we were attending Vienna’s Gay Pride earlier this summer, we had met an Austrian guy who was planning to attend and told us about the week long celebration. It sounded intriguing and we had long been looking for an excuse to visit Sweden. The only catch was that the week long festival pass which included entrance into all the Pride events cost €126 (US$169). Each. 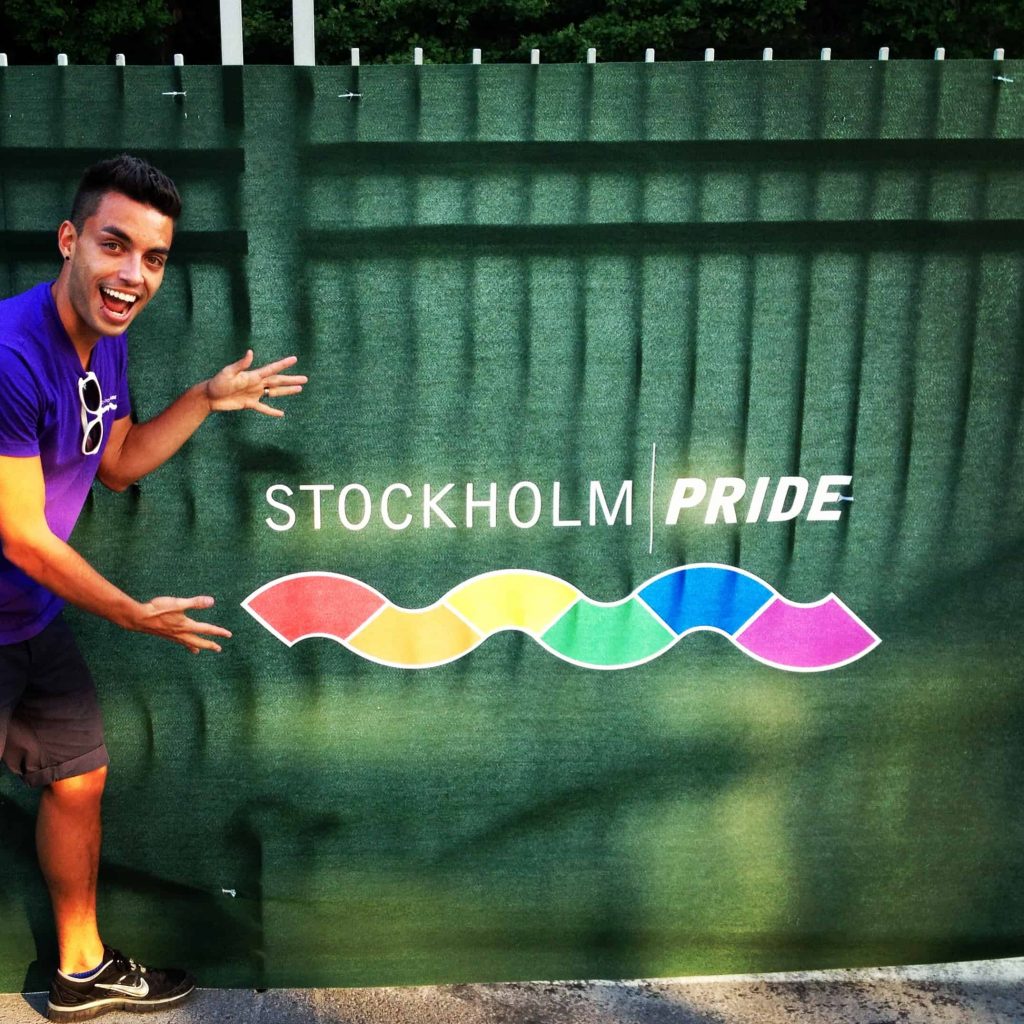 We were absolutely not in the financial state to dish that out, but we really wanted to check out Stockholm during that time. The solution we found was to volunteer the week before the event and to couchsurf of course. We found two hosts that allowed us to stay with them for three days each. Then we found out that volunteering a minimum of 35 hours during the Pride Park setup, the Pride events, or take down of Pride Park would allow volunteers to receive free entrance to all the festivities. That was enough reason for us to sign on. I was also really impressed by our first couchsurfing host who decided to join us for the volunteer work himself. He spent two days with us working toward an event that he himself had never attended. It was thoughtful and very much appreciated.

As we showed up the first day, we soon realized that the Stockholm Pride staff go above and beyond just handing out a free pass when it comes to taking care of their volunteers. Auston and I ended up volunteering the six days before the events began and during that time we were not only fed breakfast, lunch, and dinner, but a QUALITY breakfast, lunch, and dinner. We received a pass each day to go to a restaurant nearby which provided all our nutrient needs. I was really impressed by this having expected to just receive something along the lines of a smashed soggy sandwich for lunch and no breakfast or dinner. 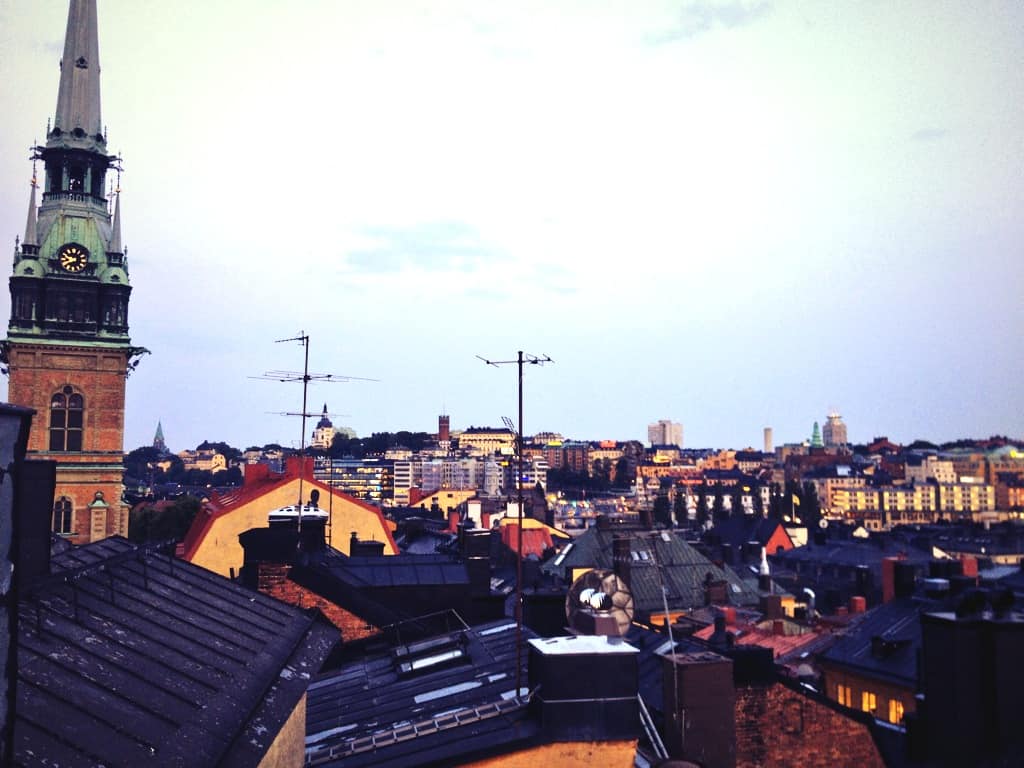 View of Stockholm from our couchsurfing host's apartment

As if this wasn’t enough, we also received a transit card for the Stockholm metro valid for seven days. SEVEN days! The cost of a one-way ride on the metro is 4€ so you can imagine how much this saved us having to take it at least twice a day. On top of this they also threw a party for all the Pride volunteers and offered drink tickets. There were also masseurs offering volunteers free massages after all their hard work. We received goodie bags with rain jackets, toiletries, t-shirts, etc. Plus, if you spoke to the right people, you could even manage to get to the backstage bar during Pride to mingle with some of the guests and purchase drinks at a cheaper rate. So in that week we didn't pay for accommodations, food, Pride events, nor public transit. We were financially elated. 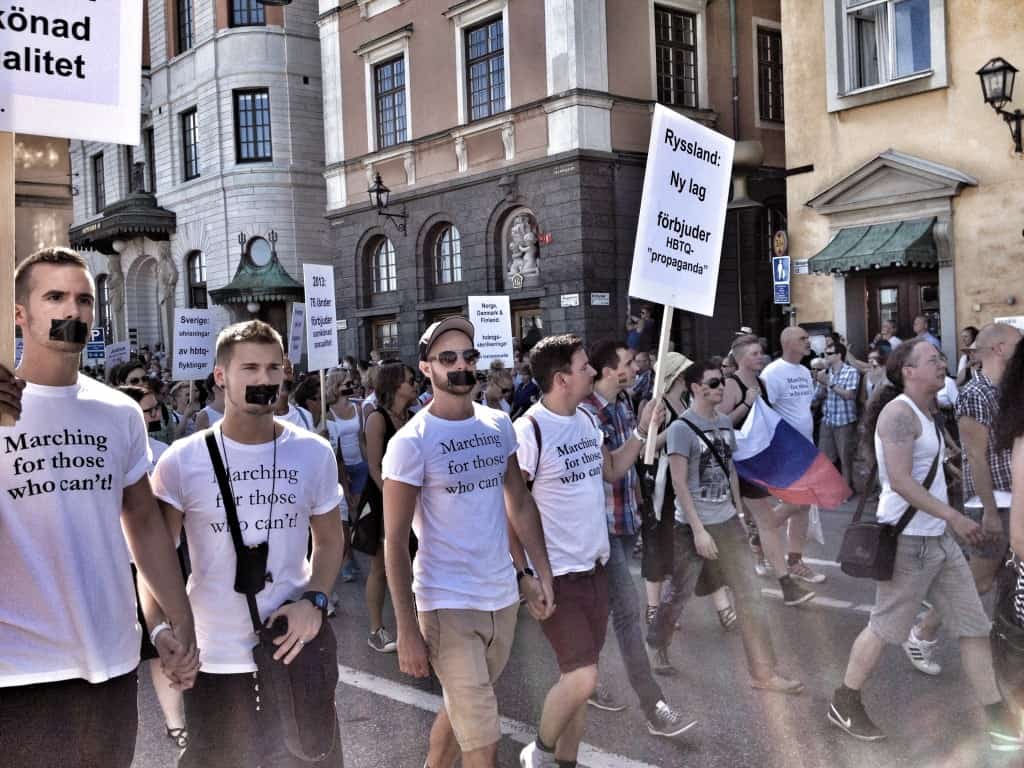 However, of all these perks to volunteering, the absolute best thing we managed to get were the friends we met by working with all the incredibly motivated volunteers. It’s sounds cheesy but it’s true! I’ve always believed that when people work together on a common goal, they can establish a strong bond not formed by other means of meeting each other. After long 12 or 13 hour days of work, the best thing you could do is turn to a friend and laugh about something. Anything. And even though you may have caught this tweet while we volunteered…

@twobadtourists: “How the Swedish work: 5 ppl stand around disagreeing on a course of action. A decision is made. Its usually wrong. Then the work is redone.” 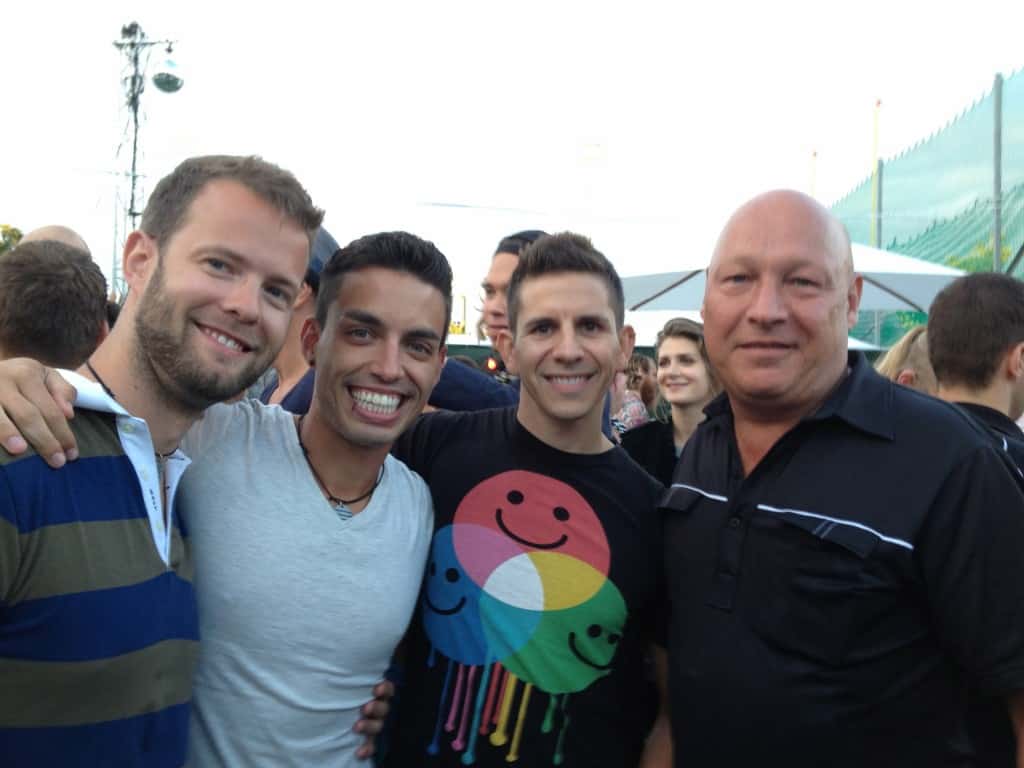 Well, it was tweeted in good fun! (But seriously, we really did have to redo a lot of the work!) It was easily the best Pride we attended this summer simply because of that feeling that we got to enjoy it with new friends. We are already hoping to be able to return to volunteer next summer, but don’t hold us to that because our short “travel-attention spans” could lead us anywhere. 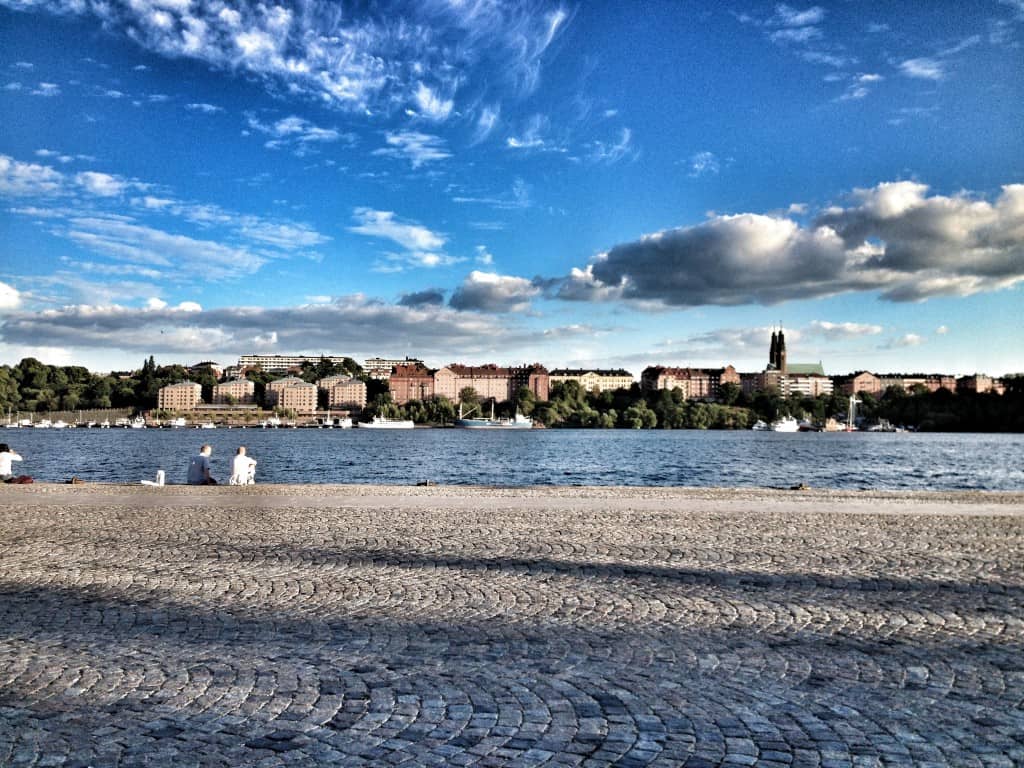 View of Stockholm along the water

Have you ever visited Stockholm and what did you think of the city? Have you ever volunteered for an event to save a buck? Share with us in the comments?

8 Comments on “Visiting Stockholm’s Gay Pride On a Budget”