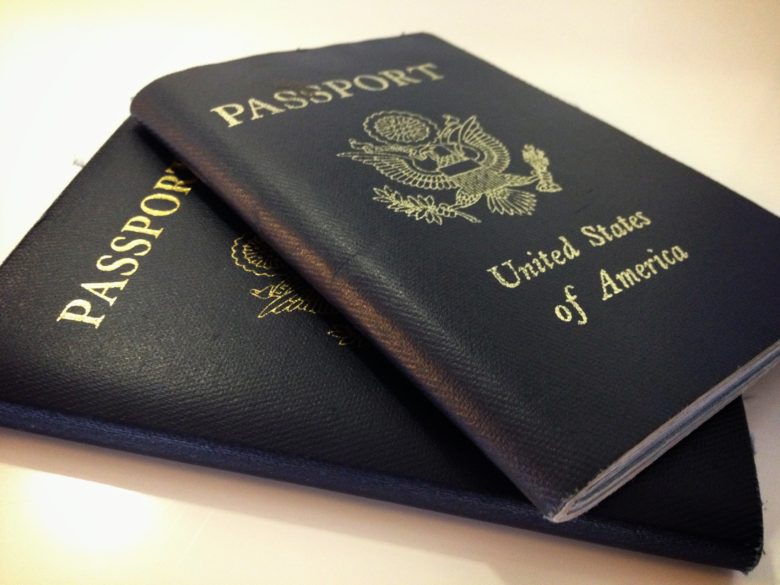 Thus far, we’ve been to about 35 countries in the past 15 months and of those, seven have required applying for visas. Some have been as simple as getting them at the border and others have been painstaking endeavors that tested the very limits of our sanity. Exaggeration – that is not! Sometimes it was our fault, sometimes it was theirs. Sometimes things went so smoothly there was no fault to be placed on either side. It was completely country dependent – which country we were in and which we were applying to visit. As I mentioned in our post about teaching English abroad, I will be doing so in Madrid soon which means I will be getting a Spanish visa. This is already not so simple as I have to apply in person. So I will be looking for cheap flights to Los Angeles once again to visit the Spanish embassy nearest my U.S. permanent address in Phoenix, much like we did for our French visas.

This seems ridiculous since I’m already in Spain, but having to fly to Los Angeles and then visit family in Phoenix doesn’t sound so bad. Actually, it’s super exciting! Anyway, all this visa talk has me thinking about past visa experiences and praying to the Spanish visa gods (I imagine them to look like the football players of Real Madrid) for a smooth process for Spain. 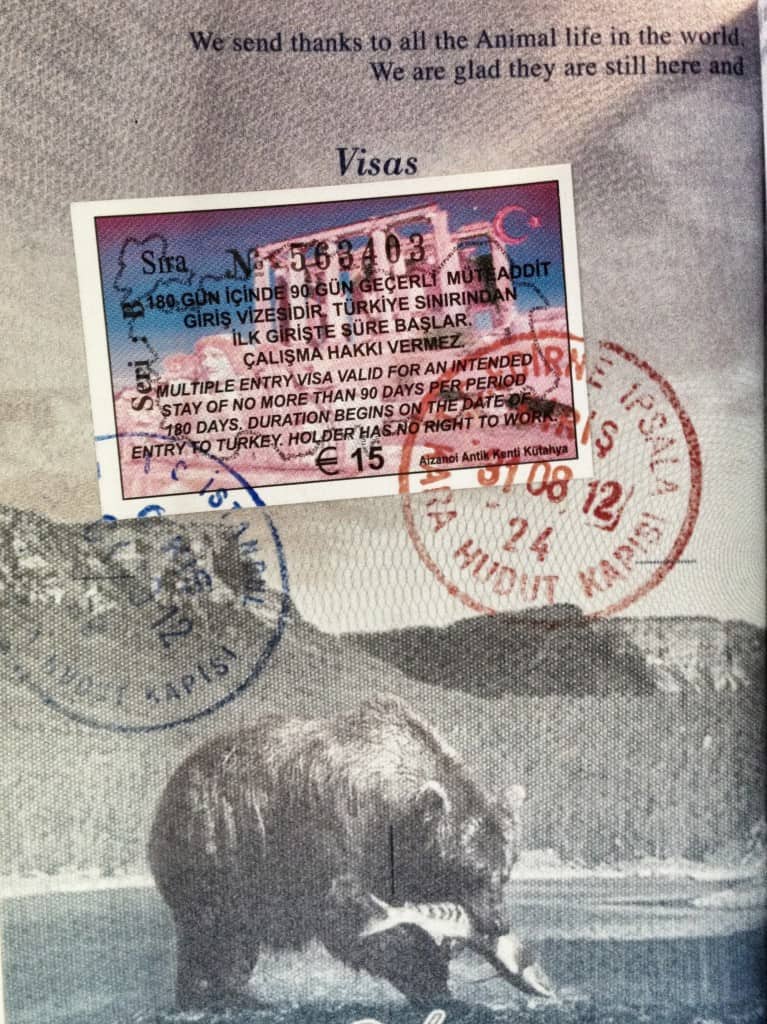 The smoothest of all our travel experiences were the visas we received upon entry. The circumstances can vary depending on whether you’re arriving by land or by air and we took that into consideration. We arrived by air into Bole International Airport in Addis Abba, Ethiopia to receive our visa on arrival. According to the US Depart of State, it is the only airport in Ethiopia where this can be done and it is also not possible to receive a visa at land borders. However, we arrived by land into Turkey and purchased a sticker visa at the port of entry, but this could have also been done at the airport. We paid in cash for both and had no problems.

Other great experiences we had when submitting visa applications were for Ghana, Brazil and France. We were in Germany when we had to apply for the Ghana visa. So we just walked right up to the Ghanian embassy in Berlin without an appointment and filled out the necessary paperwork there. We brought our letter from the volunteer organization we were working with that was our official invitation and had passport photos ready. Three hours later our visas were in hand! For Brazil, we just applied at the embassy while we were traveling in Buenos Aires. This was a little more involved paperwork so we had everything prepared ahead of time from the guidelines online. A quick 24 hour turn around time was perfect and we were soon on our way to Iguazu Falls! Our French visa was the most involved, but once again we prepared everything in advance and had to apply in person to our nearest consulate which happened to be in Los Angeles. The turn around time was longer, but we received our visas about two weeks later when our passports were mailed back to us in Phoenix where we were visiting family. What we appreciated most about the French consulate in Los Angeles is that even though we had to provide more unforeseen documentation, they allowed us to email it to them later rather than having to go back in person again. It was pretty painless! 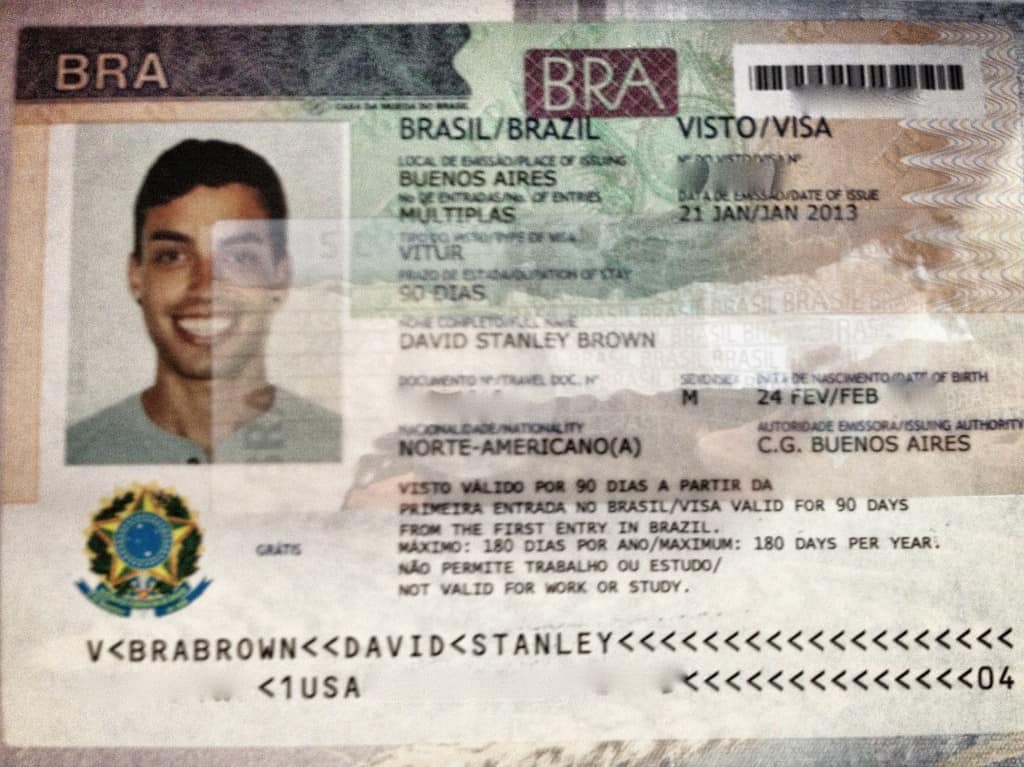 It was during our travels to Asia that we encountered our two worst visa experiences. Firstly, we planned (and had flights already booked!) to travel to China. We were intending to spend a week or so in Beijing and at least one more city in China. Now, had we been applying in the States before we left to travel, I believe it would have been straightforward. But we were already backpacking through Europe and didn’t have time to apply back home. So we went to Chinese embassies in London, Berlin, and The Hague (The Netherlands) and failed every time! Mostly it was due to processing times. We just weren’t staying in the city long enough to wait two weeks to get our passports back. The closest we got was in The Hague when the lady helping us had accepted our applications, they were totally complete, and we had enough time to wait for the one week or so processing time. Then she double checked the dates that we would be heading to Beijing and cringed as she told us we were applying too early.

We just about lost it then. How is it too early? Isn’t early a good thing? She said, however, that the visa would be valid right away for 3 months. Our flight to Beijing wasn’t for 4 more months and therefore the visa would expire before we got there. We inquired if they could just post date the validity of the visa for the time we’d be there (which they did for our Ghanian visas so they wouldn’t expire before we arrived), but she insisted it had to be valid right away. That’s when we just gave up on China. We already had our flight to Beijing though so we had to book a flight for the same day from there to Hong Kong (a special administrative region of China not requiring a visa) and never stepped foot on official Chinese soil. 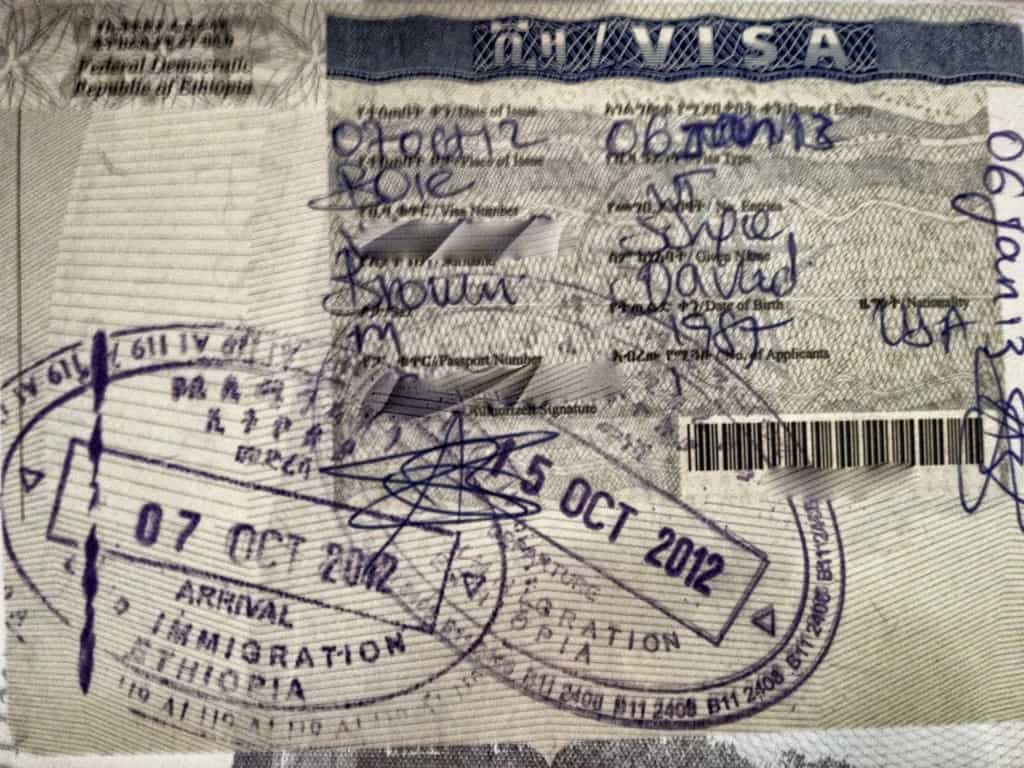 The absolute worst experience was applying for our Indian visas at the Indian consulate in Accra, Ghana. We were there for a month volunteering and had plenty of time to wait for the processing times for our visa to India, where we were heading after Ghana and Ethiopia. We showed up to the Indian embassy on a Monday morning and were given hell for three days. I was even scolded for wearing shorts there the first day. They continually requested extra documents each day we went even though it didn't say anywhere online or in the consulate what they required. So we had to walk through a minimum security prison every time to go to a small print shop to retrieve the appropriate documents. The most ridiculous thing they requested was a letter from the volunteer organization in Ghana explaining why we were in Ghana even though we already had valid Ghanian visas and had worked with the Ghanian embassy on this! So we may or may not have forged the document because we were so irate and desperate to get this done (we did clear it with our organization before we submitted the document – if we did forge it, which again we may not have!).

Then on Wednesday, we headed back for a third time when the actual consular wanted to meet with us. We had planned to spend two weeks in India and two weeks in Nepal, but had to ultimately return to India for our next flight out of New Delhi. This would require a double entry visa for India since we would have to enter the country twice. He immediately denied us that since we didn’t have anything booked yet for Nepal. But we’d been booking on the fly and weren’t prepared to make those plans yet. Plus we were wary of booking flights in and out of Nepal in case we didn’t get the double entry visa. So it was kind of a catch 22 and we quickly let go of our dreams for Nepal. Just as long as we could get into India! Then he proceed to lecture me specifically on not having sufficient funds to travel in India. He literally wagged his finger in my face and said I need to have at least $100/day for India.

“$100 a day?” I thought in shock. I wanted to ask, “Have you ever been to India?”, but refrained because clearly this man was Indian.

Hostels were as low as US$4/night and train travel was totally affordable. How the hell would we blow $100 day in India? We knew we wouldn’t and that our funds were sufficient, but apparently this man did not understand budget travel. 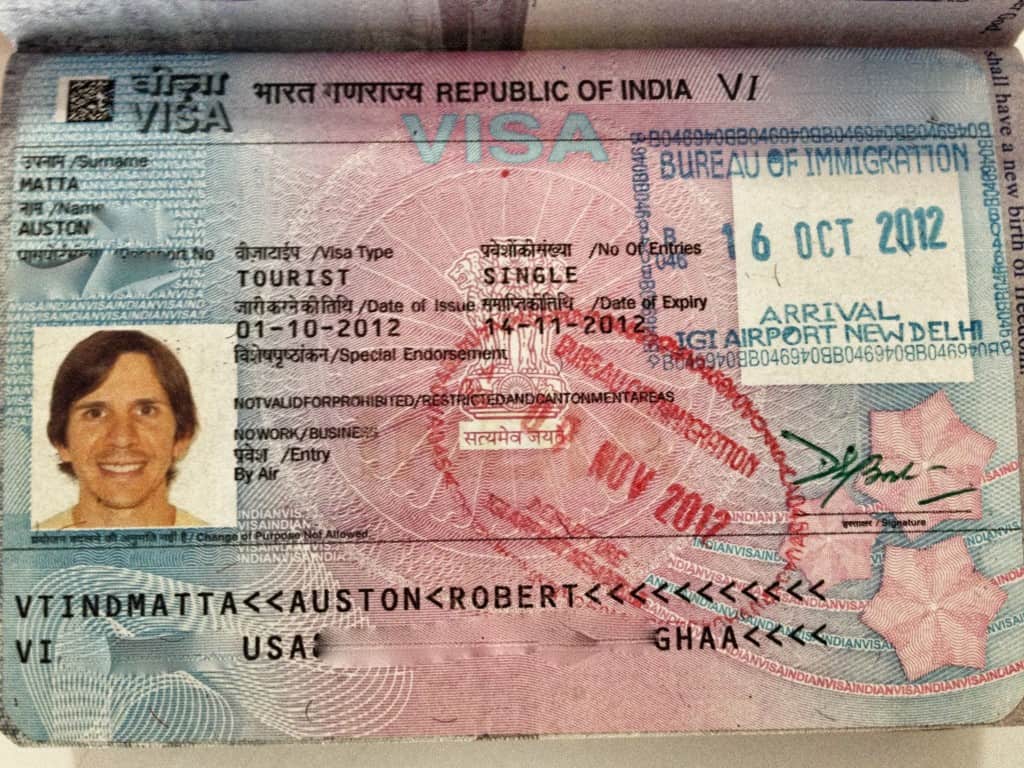 The next thing he disliked about my application was my yellow fever vaccination. He said that although the date that I received it was written on my yellow international certificate of vaccination document, it did not indicate that that date was specifically for my yellow fever vaccination. First I pointed out that I didn't write it. The nurse did. It’s a medical document. I don't edit my medical documents whenever I please. Then I indicated that on this document, the area where the date is written for my vaccination is specifically labeled “International Certificate of Vaccination or Revaccination Against Yellow Fever”. That's probably why the nurse didn’t feel the need to note it a second time. He disagreed but let it slide after another lecture also adding that others would give me problems for this too.

No one else ever has.

In the end, we did get our applications accepted and returned a couple weeks later to pick up our visas. It was the most annoying visa experience EVER. Let’s hope getting my Spanish one will not be!

Have you ever had trouble getting a visa? What are your best and worst visa experiences? Share with us in the comments!

33 Comments on “Our Best and Worst Visa Experiences”