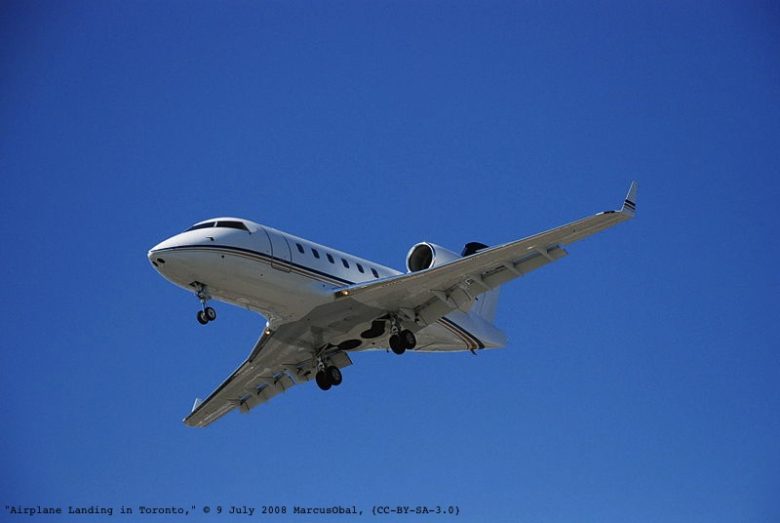 Everyone has an aspect about the airport and flying in general that gets to them. It's an involved process that we all have to experience at some point. But what is it like for the transgender community when traveling at the airport and what sort of precautions can be taken should an issue arise? The writer of this guest post shares with us her perspective when flying. She lives in New York and is a recent law school graduate with her own blog, Transgenderless. Follow her on Twiiter @Transgenderless and like her on Facebook here.

Long lines.  Irritable passengers.  And not-so-nice airport employees.  They all add up to a very unpleasant traveling experience at the airport.  Throw a trans person into the mix, and I think a have a recipe to explain why I always have this fear that some Transportation Security Administration (“TSA”) agent will scrounge up a reason to make my time at the airport a nightmare.

The gender marker on my driver's license still indicates “M.”  Part of the reason for this is because I haven't had the time to research how to change it on each document:  driver's license, birth certificate, Social Security, among millions of other records with various entities.  The biggest reason, though, is because I am afraid of the problems that will arise from inconsistent gender markers across various identity documents more than I'm afraid of the problems that will arise from the fact that they all still indicate “M.”  Up until a few days ago, the most difficult item to change (that I know of) was Social Security record, which required proof of surgery—something I have yet to consider at this point in time for various reasons, including the enormous costs involved.  (As a result of the recent change in Social Security, which no longer requires surgery, I'm thinking about how I'm going to proceed with all of my identity documents.)  I'm just not interested in outing myself and sharing (normally) private medical information with people who don't need to know—and who most probably don't have a right to know.

Inconsistent gender markers, as a result, create real problems, as this trans college applicant found out—the hard way.  And the numbers prove it.  Mismatched identification exposes transgender people to discrimination or violence. A 2011 survey found that forty percent of respondents were harassed after presenting gender-incongruent identification.  Three percent reported being assaulted or attacked, and fifteen percent were asked to leave an establishment.  The numbers, unsurprisingly, increased for people of color.

Luckily, I've never encountered a negative experience at the airport.  However, that doesn't mean that I don't travel unprepared.

I have the FlyRights app downloaded on my phone. 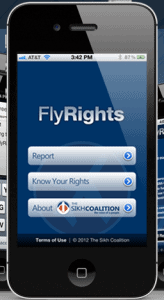 The app, developed by the Sikh Coalition, allows anyone to file a of discrimination based on gender, race, ethnicity, religion, nationality, or disability.  It automatically populates information like your name, contact, and airport location.  It also automatically submits your complaint to the TSA and the Department of Homeland Security.  Unfortunately, it doesn't prevent harassment from actually happening.  At least there's a way, though, to easily report an incident while the incident is still fresh in my memory.

TSA itself has published “special considerations” for transgender travelers on its website.  It's a step in the right direction.  Of course, I'm still going to proceed with caution at the airport, even in light of the posted information.  It's generally helpful, I guess, but it's never going to provide me a sense of security when I travel.

When it comes to carrying my hormones, I have never had a problem.  I have two pretty large pill bottles for the Spironolactone and the Estradiol, and I just throw both bottles in my carry-on sidepack.  Some advice out there suggests that you carry a prescription or a doctor's note, just in case.

I don't wear anything special, either.  My personal preference is to dress down, just so I can be somewhat comfortable on the plane.  Flip flops or flats, t-shirt, jeans, and a hoodie.

One time, though, I was flying out of San Francisco, and my bra set off the metal detector.  Some woman approached me and told me she had to feel around my chest area.  I had no idea what she meant, so I just stood there as she reached out to touch me.  I awkwardly raised my hands after she told me to do so, and I nearly hit her in the face.  The pat down, though, was very short—to the point where it just seemed pointless.  And I was on my way.

Another time, some woman had to pat down my hair, which just confused me, considering the fact that I don't put anything in my hair.  It's just hair, and it's straight.  She touched the back of my head a few times, and she was done.

The National Center for Transgender Equality provides more specific tips for traveling, which may be helpful, for things like injectable hormones and syringes.

I consider myself a lucky traveler.  (Tangent:  it's insane to think that being treated with dignity and respect should be considered “lucky.”  If it's any consolation, I guess, poor customer service at the airport isn't a trans-specific problem.  In fact, it may be better to be “LGBT” than, say, brown-skinned when traveling at the airport, as one person observes.)  Unfortunately, there are many transpeople out there who have not been so lucky at the airport:

Is there anything you can do about this?  Yes, there is, actually.

Chance for you to comment:  TSA is proposing new rules regarding the use of Advanced Imaging Technology as a screening method for commercial travel, and it has opened an online comment period until July 24, 2013.  The National Center for Transgender Equality developed a message template you may want to use when making your comment.

What kinds of extra precautions do you take to protect yourself when traveling with regard to race, sex, or gender identity or expression?  Have you ever had exceptionally positive or negative experiences?  And has anyone had experiencing using the FlyRights app?  Let us know!

2 Comments on “Flying When Trans”