So what’s the one site or thing you must absolutely see when visiting Madrid? What's the main attraction or the one site to visit? Paris has the Eiffel Tower. Tourists flock to Agra to visit the Taj Mahal. You’d be crazy to skip the Colosseum while traveling through Rome. Athens has Acropolis. Rio de Janeiro is Cristo Redentor. New York’s Statue of Liberty. What’s my point? That every city has it’s main attraction! Well, not all, but many do. Now that I’m working at a hostel in Madrid to improve my Spanish, a task I’m deciding my not be possible, it’s a question we get often.

Two tourists stop in front of the reception desk as I sit in a chair opposite them reading Spanish news on the computer. They just arrived from the States, South America, somewhere else in Europe, wherever. They’ve completed their check in and request a map of the city. As I hand it to them, they look at me with anticipation in their eyes and ask, “What would you say is the one thing we must see in Madrid?” 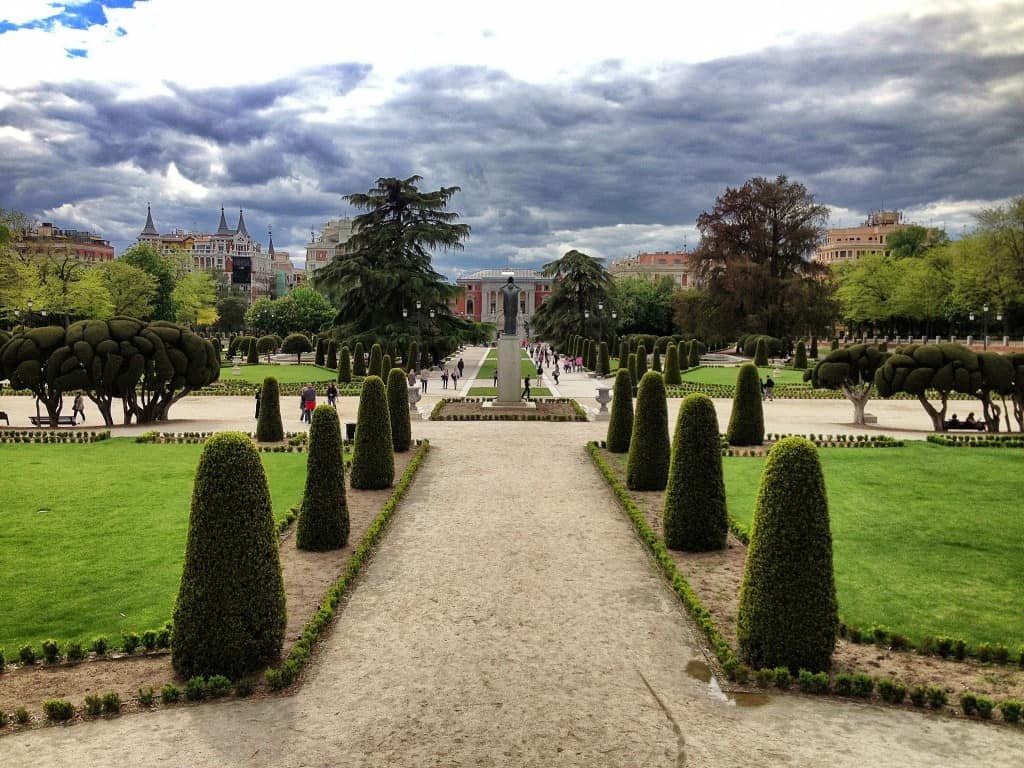 “Well,” I scoff, clearly seen as a Madrid local who knows all the ins and outs of the city, a view of myself I quite like, however untrue it may be. “The one thing you have to see in this city, the thing not be missed if here only a short while, the one sight above all others that will surely make your stay unforgettable is… Err…. Well…. Umm… You see… Well what sort of things do you like?”

Ok. They got me. I have to admit, I don’t know the city as well as I’d like to assert. But I’ve traveled to enough cities and have been in this one long enough to say this, there really isn’t one thing you must see when you visit Madrid. The things to see in Madrid is really just the city itself. Madrid’s culture is found in the locals screaming at the television during a football match, in the patios where people sit and snack on tapas and sip cañas (small beers), in the park where people saunter, jog, skate (especially roller-blading which is comically popular), and sun bathe; in the Spanish style architecture of the buildings that tightly face one another creating the narrow streets of which, just about any is worth strolling down. 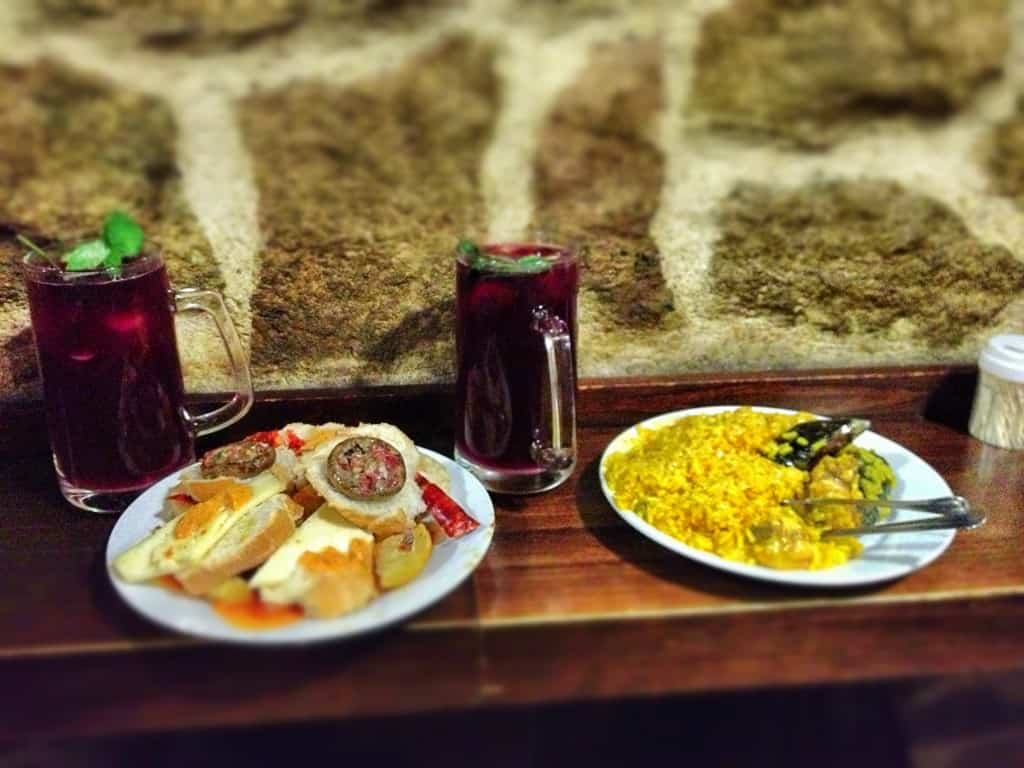 Sure there are attractions in Madrid like the Palacio Real, Retiro Park, Museo del Prado, and Plaza Mayor that will help you feel satisfied as a sight seeing tourist. For us, just being in the city and experiencing a walk down the streets, a stop at a tapas bar, and admiring the architecture is what you’re “supposed” to do. It’s exactly why we love the city so much though it may not be the most popular in Spain. For example, once you've looked at apartments in Barcelona and have planned your trip, you have to see La Sagrada Familia (though I found it grotesque) and all Gaudi's other architectures. Truthfully, sights and monuments such as these are wonderful ways to experience the world and learn about culture and history, but some of our favorite destinations have been the ones where you feel like you don’t have to do anything but exist there in order to “see” it. 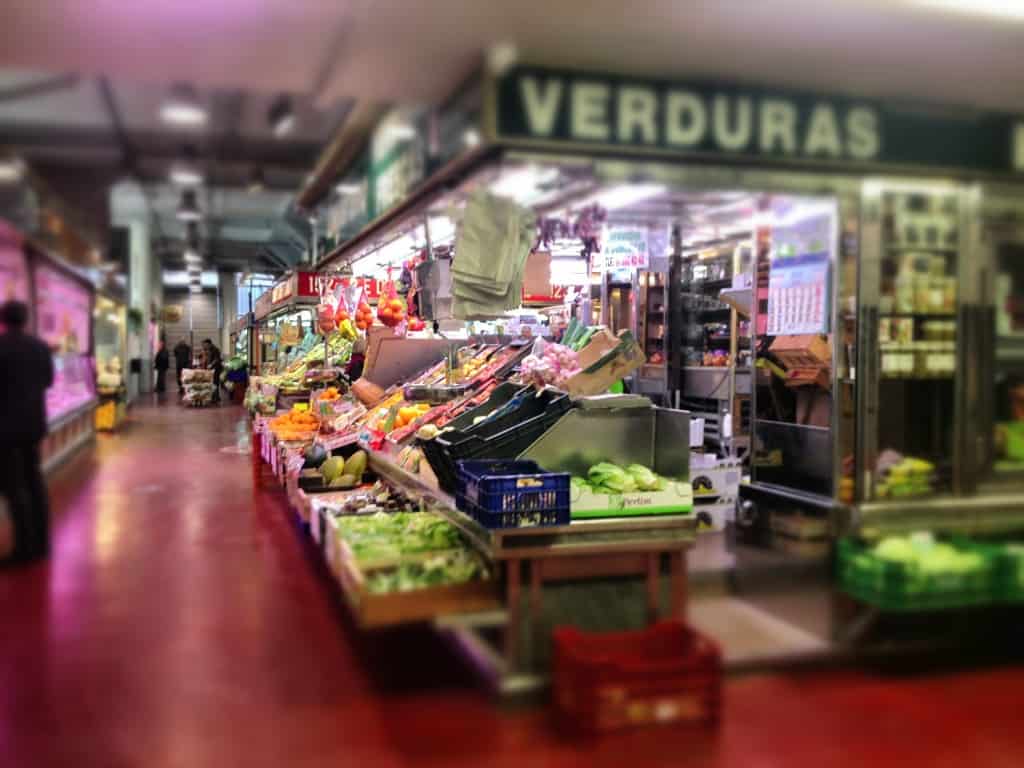 A mercado in Madrid

It was the same for Amsterdam, Tokyo, and Buenos Aires for example. Though they had many places worth checking out, their distinct ways of doing things, building styles, food, and people were the very essence of their culture more than any one sight could represent. It was not the sights for us in these cities that made us feel satisfied but rather being there and embracing day to day life by shopping at the grocery store, ordering at a restaurant and stumbling through the language. It was the peculiar way the Japanese extended their hand to indicate direction, the way everyone in Amsterdam rode a bike over driving a car, how every building in Buenos Aires had to have a balcony. It was these unfamiliar things that made us feel like we were touring the city without having to visit any place in particular as long as we viewed it with a keen eye.

So if you're traveling in Spain and want to know the one sight to visit in Madrid, our answer will be “Go see Madrid. It’ the one thing in Madrid you must see!”

[stextbox id=”custom” shadow=”false” bgcolor=”E3DFD6″ bgcolorto=”E3DFD6″ image=”null”]Interested in learning Spanish in Madrid? If so, you might consider an immersion program with My Language Break in Madrid, which offers multiple different types of immersion programs ranging from 2 weeks to 9 months. Check them out! [/stextbox]