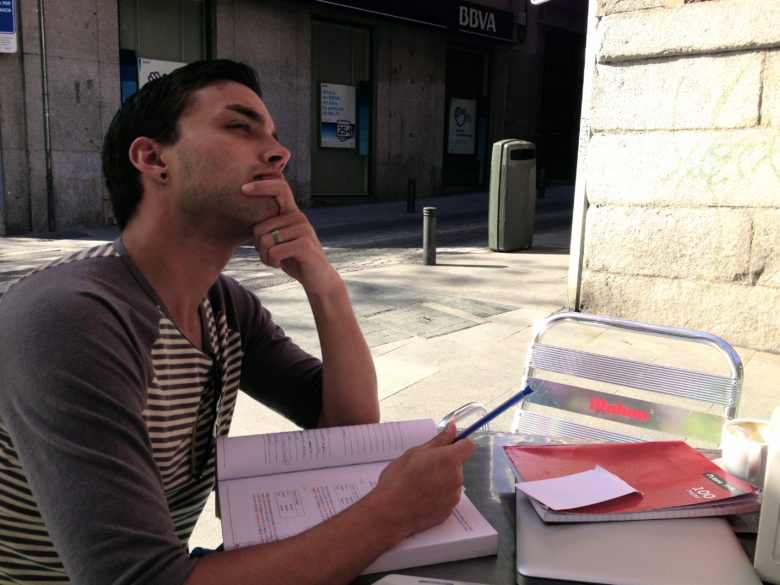 Acquainting Ourselves With Castilian

We’ve been in Madrid for two weeks now and we haven’t been wasting anytime. Between finding an apartment, attempting to meet new people, and planning a few Spain trips and French getaways, we’ve been keeping ourselves occupied. Still, we’ve not forgotten our goal of improving our Spanish. From day one we’ve been mesmerized, somewhat perplexed, and often down right annoyed with the Spanish accent. It’s hard enough to learn a new language, but changing up the accent while we’re still learning has not enhanced our comprehension.

Though Spanish originated in Spain, we’ll always be of the opinion that Latin American Spanish is the ‘proper Spanish’ just as American English is the ‘proper English’. Alright, we’re not that egocentric! But having grown up listening to Mexican Spanish does not make this understanding of Castilian Spanish easy. I mean, what happened to the ‘z’ in ‘diez’? What is this ‘th’ sound they keep lisping? And don’t get me started on other parts of Spain where they feel it’s appropriate to drop letters entirely. ‘Llamado’ becomes ‘llama’o’ somehow? Is there no respect for the ‘d’ and its very helpful pronunciation?

I’m not trying to hate on Spain’s accent. I am, however, expressing my frustration with the confusion it’s causing my poor ears. We stumbled through the language while touring through Chile and traveling with our family in Peru earlier this year, but at least we could manage the accent! Enough with the pity party though. We’re here now and like Ricky Ricardo might have said to Lucy had she moved to Spain, we “got some ‘mersin’ to do!” 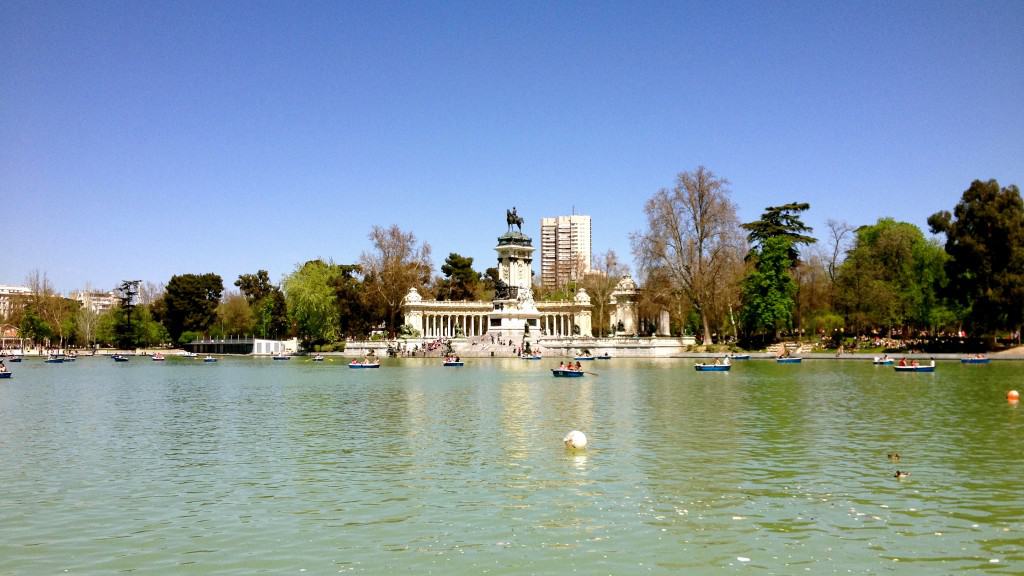 Firstly, we brought Spanish review books with us to Spain to do some self-study. Auston is a lot more disciplined about this than I am and to my dismay his vocabulary is becoming larger than mine. We didn’t move to Madrid to read study guides alone in our apartment though so it was important to that find people to speak with. However, we also didn’t want to pay for a Spanish tutor or classes. So a few days after arriving we checked out a meetup group for language exchange at a bar in Madrid. It was mostly for people wanting to exchange English for Spanish and vice-versa, but all languages were of course welcome.

We almost gave up on this event midway not feeling very social, but we stuck it out a while longer and that’s when we met Beatrice. She’s a madrileño (Madrid local) studying English and French. We agreed that practicing a new language in a bar was difficult and decided to meet for coffee later that week. We spent the first half of the conversation helping her with English and she spent the second half of the conversation helping us to not butcher Spanish. We’re continuing to meet 1-2 a week for a couple hours to help us all improve. It’s a fantastic arrangement because it’s FREE! Plus Beatrice is very sweet and helpful at not only teaching Spanish but also about Spanish culture in general. It’s reassuring to know we have the best resource, a local, for those “I’m a foreigner and don’t understand what’s going on” moments. And yes, there are many of those.

To supplement these lessons I’ve also started a 6 week internship at a hostel this week. The arrangement is supposed to be that I receive a free bed at the hostel in exchange for part time work. However, seeing as how we have an apartment, I didn’t see myself choosing a hostel bed with strangers over my bed at home with my husband. Essentially, I’m working entirely for free since I get paid diddly-squat. It’s not like I’m not getting anything in return though. It’s a chance to meet new people, practice Spanish and gain experience in the hospitality business – all just as valuable as a paycheck except they don’t pay the bills. Everyone at the hostel speaks to me entirely in Spanish so I understand about as much as I get paid: diddly-squat. Thankfully, they’re quite helpful and speak slowly to me so I can keep up with the conversation as much as possible. 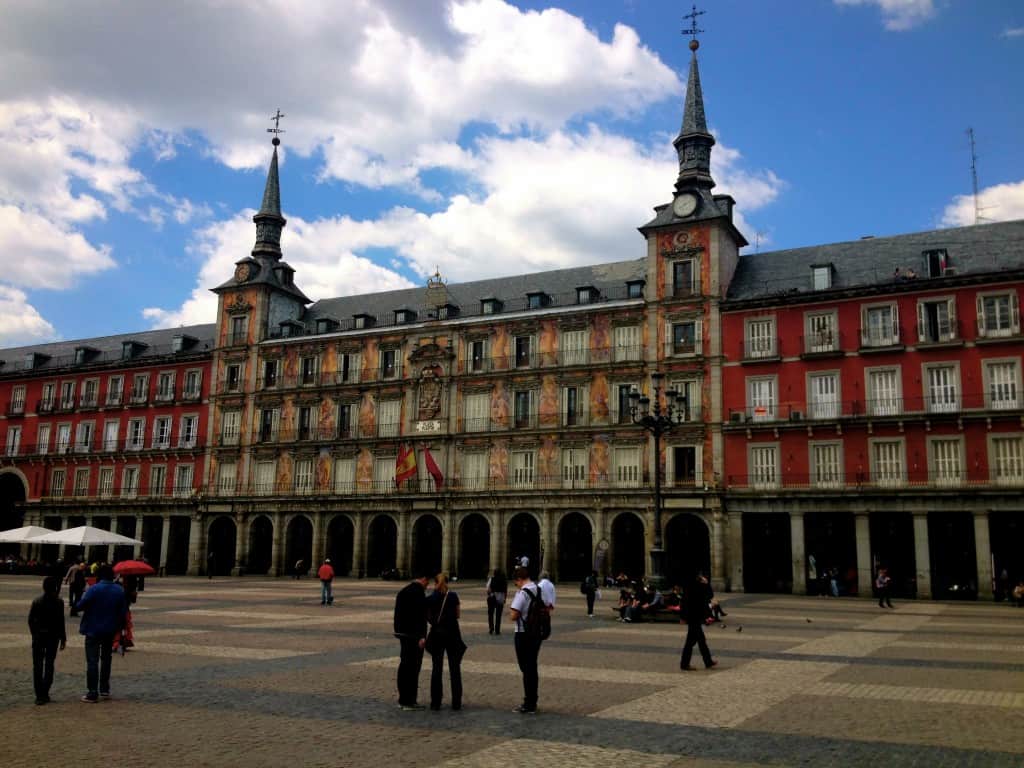 I think there are two things I hate most about learning a new language. First, it’s that even if you understand most of the words people are saying in a conversation, just missing a couple key words can leave you lost entirely. I’m always thinking, “What did you say about the girl, the car, the building and killing?” Is it simply that you’re mad and are going to metaphorically ‘kill’ the girl if she doesn’t park the car in the building? Or is it more serious and the girl killed someone when she crashed the car into the building? My reactions for these scenarios should be very different so damn those keywords I miss!

Secondly, I hate when I don’t know simple vocabulary. At the hostel the other day, a man came up to the reception desk and asked for ‘la fregona’. My coworker told me ‘la fregona’ was in the kitchen and to go get it for him. “Sure,” I thought, “no problem!” Expect, what’s a ‘fregona’? To explain, he began making hand gestures that I didn’t quite follow. After a few awkward moments I decided that it was either one of those hand-grips to work out your forearms or a wet towel that needed to be wrung out. A quick trip to the kitchen determined that ‘la fregona’ was in fact a mop.

The part that makes me laugh at myself is that as I’m slowly sounding out the unfamiliar word aloud, “f…r…e…g…o…n…a…” I imagine what I must sound like if it were English, “m…o…p…” Such a simple word can create so much confusion! At the very least it’s a word I’ll never forget. Auston and I just continue to remind ourselves that we always know more Spanish today than we did the day before. Unless ‘today’ involves killing brain cells by drinking wine or watching any sort of reality television. Then we definitely know less.

[stextbox id=”custom” shadow=”false” bgcolor=”E3DFD6″ bgcolorto=”E3DFD6″ image=”null”]Interested in learning Spanish in Spain? If so, you might consider an immersion program with My Language Break in Madrid, which offers multiple different types of immersion programs ranging from 2 weeks to 9 months. Or you're open to another city, check out Sign Up Institute in Seville. In 2015, they launched an LGBT-oriented 2 and 4 week immersion program. Plus, if you decided to register with them, you can save 65€ or more by signing up with our special code. Just email Sign Up Institute and mention “Two Bad Tourists” when registering for you discount![/stextbox] 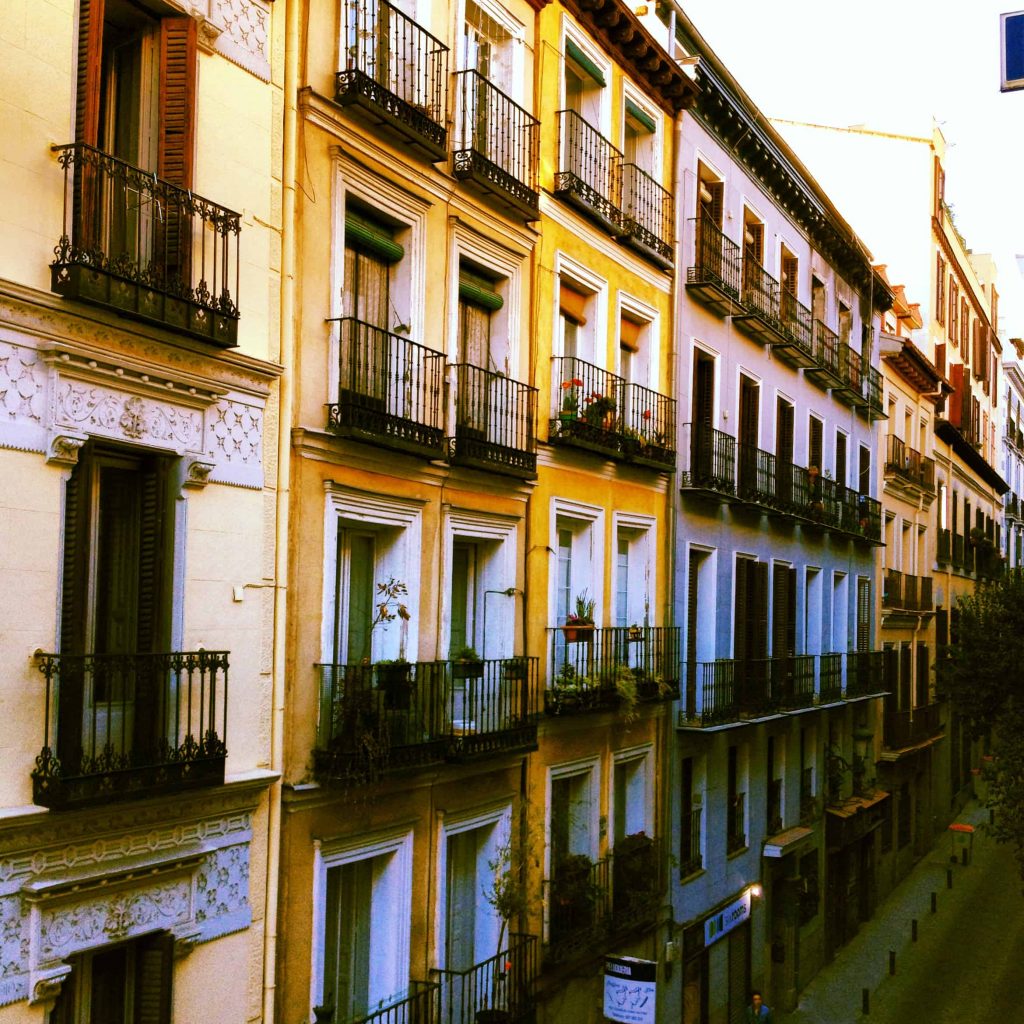 View from our apartment

Have you ever studied a second language as an adult? What were the challenges for you? And do feel free to share any funny stories from your experiences in the comments!

13 Comments on “Immersing Into Castilian Spanish”