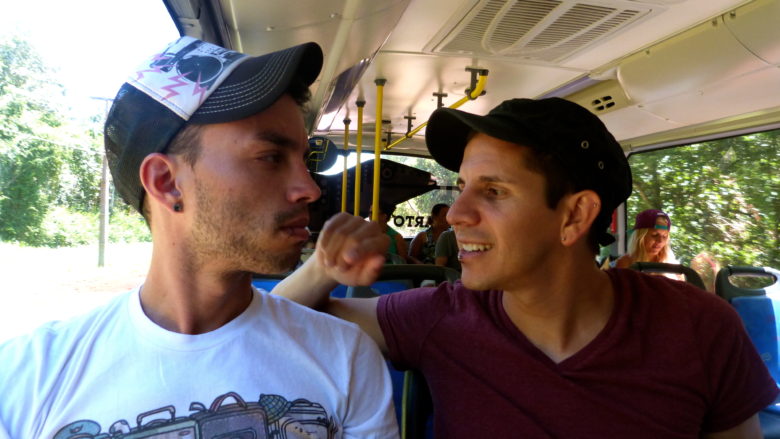 Taking a trip around the world should be a romantic experience for any couple in love, shouldn’t it? Well we can’t speak for other couples, but it was no romantic getaway for us, at least some of the time – ok, many times. In fact, it was quite the opposite. We’d never fought so much in the seven years we’ve been together. It’s safe to say that by the end of our trip around the world our relationship was strained and apparently not aging well, so much so that if it had a face it’d look like Michael Douglas.

Did we take a break? A moment of separation? Is our marriage heading toward divorce (not that that’s legally possible as our country does not recognize our marriage)? As Julie Andrews once infamously sang, “Let’s start at the very beginning…”

Before we left Chicago last year to travel, we had been together for a little over six years. Our relationship had always been simple. We rarely had to put much work into making it work and weren’t an argumentative couple, but we talked a lot. Conversing has always been one of our main strengths and has really helped us avoid many common issues in relationships. There were a couple years where our age difference (almost 5 years) was a bit of an issue. However, once I graduated from college and began contributing an income, Auston was finally pleased and it was in the past. We saw eye to eye on most things and when we did disagree, we never screamed or yelled. We just talked about it rationally (most of the time). We were mellow. It was easy. And we expected it to stay that way. 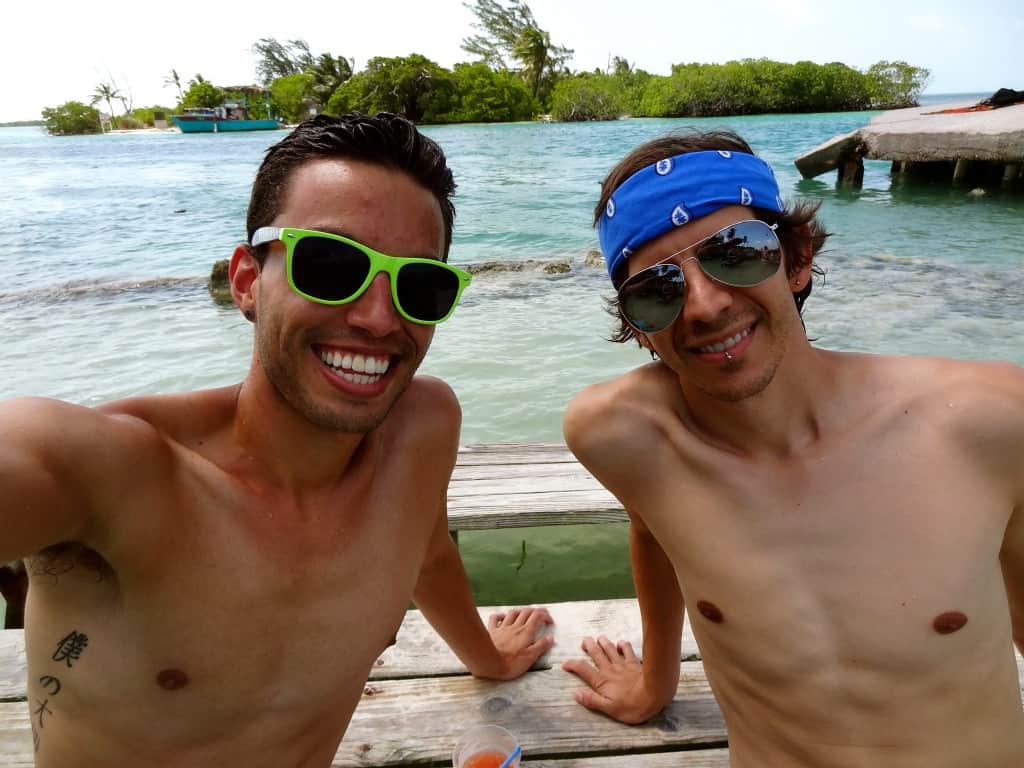 Then came our first stop on our round-the world trip in Mexico City. Within the first week we were yelling at each other in the middle of the street. We were so worked up and the conversation was so heated that we just had to walk away from each other to cool down. Not like us at all. The fight revolved around caring for our belongings in the hostel. I was a little carefree about securing my bag every morning and Auston did like we were living with thieves in a halfway house. That’s just the beginning. Throughout the rest of the trip we argued about how we’d spend our day, where we would stay, how much money we’d spend, where we would eat for dinner, whether or not we’d go out that night, how much money we were spending, etc, etc. The list goes on.

We argued about everything and anything. If there was a decision to be made, you could almost guarantee we’d take opposite sides. This was so unusual for us and it sucked. It sucked bad. I was so exhausted by arguing. At the point of our trip when we were in India for a month, Auston wanted to stay put in New Delhi and I wanted to travel around. This is finally the moment when we realized we didn’t have to do EVERYTHING together. We’re perfectly capable of splitting up for a few days if it meant we each get to do what we want. After all, how often do you get to visit these incredible places? We both compromised a lot, but at some point we figured there’s no harm in us both doing what we want. The week apart was great. It gave us time to miss and appreciate each other. It gave us time to do what we each desired without having to consult the other.

You have to remember we spent every hour of every waking day together. We were just so not used to it. Before we left, I was working second shift and occasional weekends while Auston had standard work hours. We never spent this much time together and really didn’t know what we were in for. 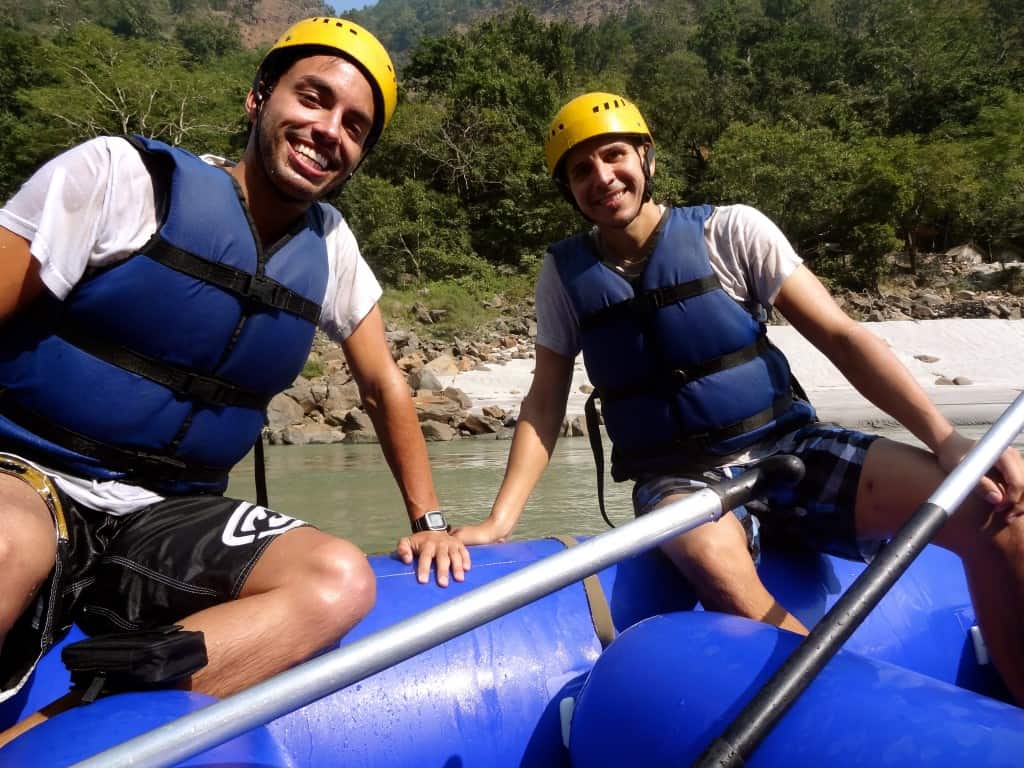 Rafting the Ganges River in Rishikesh

What did we do about it?

Well firstly, we acknowledged the extraneous variables that complicated our relationship. We were constantly on the move. That can take a toll an a person. Always in a new place. Leaving just as soon as we knew our way around. We also had zero privacy. A majority of our nights were spent in hostel dormitories with 10 other people. Or we were CouchSurfing in someone’s living room. We barely had private moments to converse let alone do the deed (that’s a subtle hint to having sex without having to say sex). Then, as I mentioned earlier, we never really had free moments to be individuals and make decisions without consulting each other. Just tiny ones like what we’d eat for lunch had to be discussed.

We had to realize two main things to get through the rough situation. First, we had to not just continue to work at compromising, but be more willing to let the other have his way entirely. This mostly meant not sweating the small stuff. What’s the point in bickering over a sandwich at lunch? We just needed to shut our traps sometimes and go with the flow. Second, we needed to be more independent. We needed to go out and do things solo so that we could enjoy other things together more. Plus, it can help you to meet people more easily when you’re on your own. You’re more approachable and more willing to approach others yourself because you have no one else to talk to. That’s just how it works. 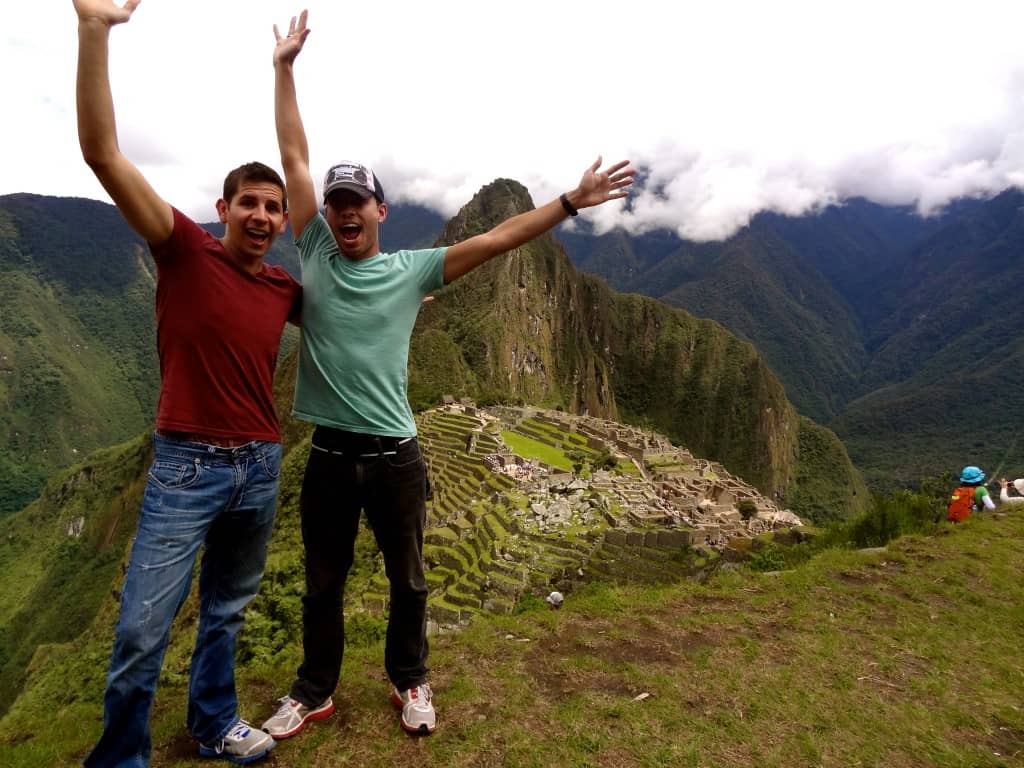 Where do we stand now?

Honestly, this past year was like a workout for us. I know we’re better now than we were at the beginning. We tested our marriage. It was strained and bent. Pulled and stressed. And it’s proven that it’s strong. It was kind of encouraging because, though it was one of the best years of our lives as a whole, it was also the roughest year we’ve had together relationship-wise. It was the first time I felt like it was actually threatened. But relationships constantly change. Whether a couple moves from their hometown, has kids, goes through financial hardships, buys a house, or encounters a medical condition – it can all add stress. I know there’ll be more for us down the road. But I’m encouraged by this experience together, knowing we can handle unexpected difficulties.

This has also changed the way we’ll travel the next year. It’s partly why we moved to Spain. We are excited to have a home base again. To have a place that we can travel around regionally instead of hopping country to country like last year. It’ll be a very different way of learning about the world and I think it’s a sort of break that we need right now. Though I’m sure it’ll come with it’s own challenges. No one says relationships are easy. In fact, we knew it’d be work. We had just yet to experience any of that hard labor and it’s probably good that we finally did. 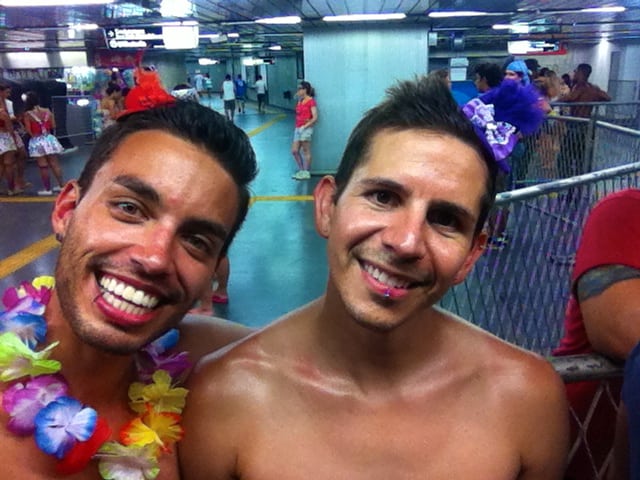 It’s been an incredible seven years together. We left Phoenix for a new life in Chicago. Ditched Chicago for a backpacking adventure around the world. The world showed us opportunities in Spain and now we're here, madly in love with Madrid. Our plans are open ended and we have no idea what the next year will bring. But we’re incredibly grateful to be doing this together and now feel even more capable of managing life’s opportunities and challenges.

*Please note that I hate writing sappy, love crap about Auston and me. Yes, I love him to death and I know he feels the same, but we’re just not that romantic. We’re terrible at celebrating anniversaries and often view them as just excuses to spend lots of money getting drunk. And one of our favorite past times is making fun of other lovey-dovey couples because we’re mean and find humor in things that are often not humorous. Just call us TwoBadRomantics. TwoEmotionallyImpairedHusbands. TwoHatefulBitches. I'm just thankful we found each other!

Have you ever traveled longterm with a friend or partner? How did that impact your friendship or relationship? Share with us in the comments below and let us know we're not the only ones!