Let's face it. We're all addicted to singing show competitions. They rampage our television sets and though we may proclaim to loathe them, we secretly catch an episode or two under the guise that nothing better is on.   Well these twobadtourists are excited to be living in Spain this year for one of the biggest European song competitions. The 58th annual Eurovision Song Contest has 39 countries participating hoping to have their submitted song voted as this year's best. Our guest Jeff, a digital media professional and more importantly a fellow fan of Eurovision, shares this article with us about former and current Eurovision venues as your European destination. Enjoy!

It’s that time of year again, Eurovision is nearly upon us and on May 18th 2013 countries will perform to win their place at the top of the leader board in the final. Like it or hate it, one of the highlights of the contest is showcasing the host city and its culture to a European, and indeed worldwide, audience. Just a short hop away on a channel ferry from the UK with P&O Ferries, it is easy to experience these places for yourselves and discover alternative musical treats. With huge parties, outdoor screenings and broadcasts all over the continent, the song contest has a real festival atmosphere – especially as the whole event lasts most of a week with semi-finals and recorded dress-rehearsals adding to the extended party.

Here are some of our favourite host city locations – all worth “douze points” with their Eurovision connections and any alternative musical events to cater for the non-converted!

The venue for Eurovision 2013, Malmö is a city of great contrasts.  The 15th century Malmőhus castle set within King’s Park, is the antithesis of the quirky, ‘Turning Torso’, a construction that twists 90 degrees up it’s 190 meter height. Ȍresund bridge, affords visitors easy access to Copenhagen by road or rail, and a festival in May has been created to straddle both cities which presents the best music each has to offer. If unconventional architecture or music doesn’t thrill you then visit the unique village of Foteviken where you can try your hand at living life as a Viking.

Germans love Eurovision! They were delighted when Dȕsseldorf secured the honour of hosting in 2011. From a city that has spawned the globally renowned (and diverse) bands Kraftwerk and Die Toten Hosen, it is unsurprising to discover the rich and varied musical styles on offer here. 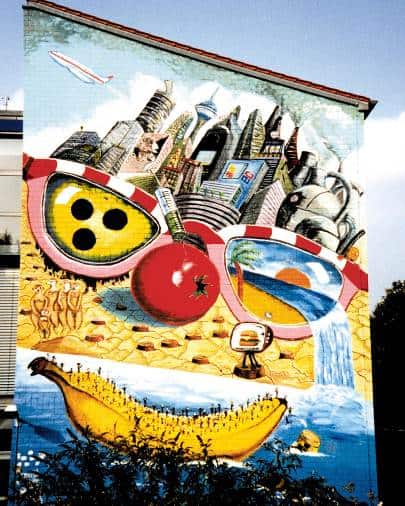 Festivals abound throughout the year catering for all tastes and ages. Here are just some on offer.

Also in May, Dȕsseldorf hosts Germany’s largest jazz festival; a musical bonanza which welcomes over 300,000 visitors.  July sees the Open Source Festival set in the Grȁfenberg racecourse which platforms the latest trends in pop culture but probably one of the wackiest evenings is in August when the Rhine promenade becomes one big Brazilian carnival party.  Scantily clad dancers gyrate to samba rhythms whipping crowds into a frenzy. The Mr and Mrs Copacabana competition is open to all.

A trip to the Altstadt, known jokingly as ‘Germany’s longest bar’ is a great way to spend an evening.  There are few places to rival it for the number of home brewing pubs.  There may be standing room only if you arrive late but at least there is no queuing at the bar, altbier waiters circulate inside and out with ready poured glasses. If bar hopping is not your thing there are other attractions on offer such as Basilica St. Lamburtus and the old city hall.

Breaking with the tradition of the winning country hosting the following year’s contest, the UK and Brighton stepped forward to host Eurovision in 1974. It was here that ABBA with their dubious fashion sense became winners that even Eurovision sceptics appear to love.  It’s hard to believe that the UK did not award them a single point, as since then they have embraced anything and everything ABBA related. Brighton has always been known as a bit of a party town. 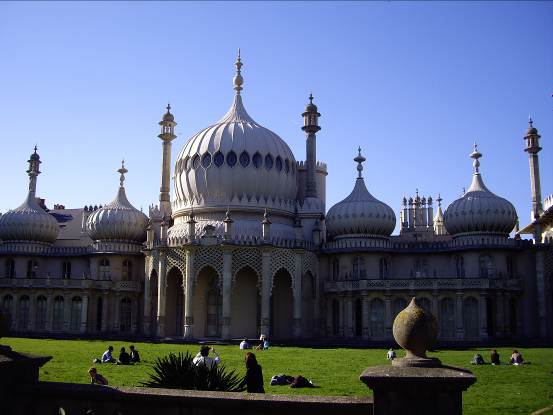 Back in the 1800s, George IV entertained lavishly in his newly designed pavillion now thought of as one of the most spectacular and exotic buildings in the UK and few have done more to keep the party reputation going than Norman Cook (aka Fat Boy Slim) when he used the famous pebble beach for one of the biggest parties in the world in 2002.

Nowdays two of the south coast’s biggest music events take place in Brighton, The Great Escape based in 35 locations across the city and to finish the summer with a rousing encore: Shakedown in Stanmer Park in September. This summer – or indeed any year – Europe offers a fantastic variety of musical experiences, all able to be enjoyed in an equally diverse choice of cities. Pick your own top 3!