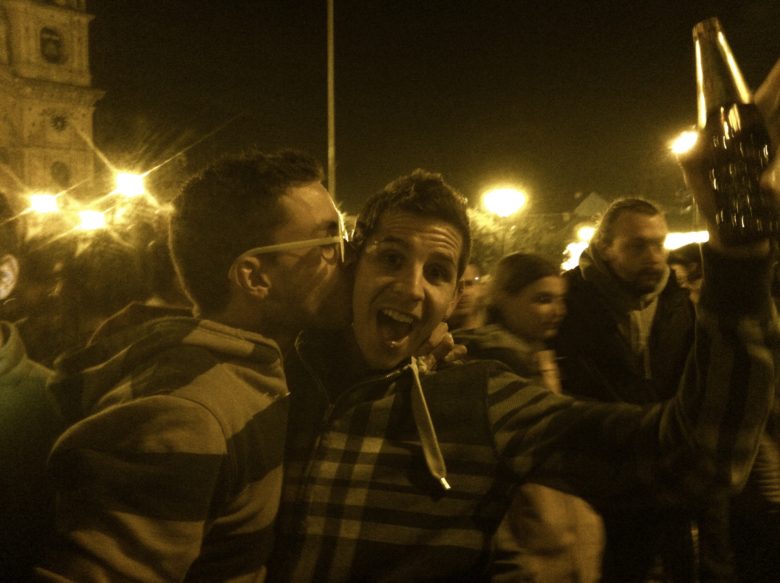 Can I Snooze My Birthday Wake Up Call?

It's 9am on the Sunday after arriving back in Arizona from a year long trip abroad and my phone is ringing. I'm sure I didn't set the alarm so I'm confused. Is Jesus calling? It is Sunday so that seemed logical. He's not. It's my mom. Proudly claiming to know that I must be awake because my latest blog post just appeared on Facebook. It did. Because it's automatically scheduled. And I was not up. In fact I had just gone to bed not 3 hours earlier after stuffing my face with Jack in the Box finalizing the debaucherous birthday celebration that coincided with our return.

Coming home on my 26th birthday proved to be more of a burden than a celebration. We had just arrived from our final stop in Miami where we were enjoying a cheap vacation while CouchSurfing. As I adjusted to being in Arizona once again, I couldn't help but feel like I just came home from a year of wasting my life around the globe back to a world where people do things that matter. My best friends are finishing their final years of law school, Physician Assistant programs, and various Masters degrees. Some are valiantly raising kids, starting their own businesses, or buying their first homes. Others are just voting for American Idol. I could not feel more left behind and maybe even a little lost. And since when is Nicki Minaj a judge on American Idol?! Disaster I say. 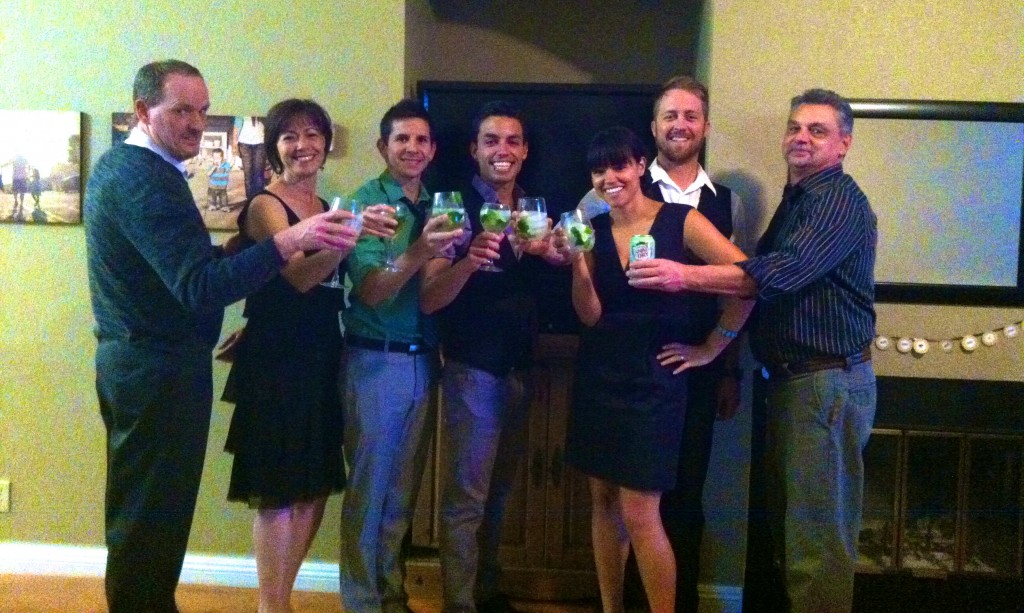 Reflecting on a Year Abroad

The year abroad was supposed to be a learning experience of other cultures but also learning about ourselves. Who are we? What will we do with our lives? How will we change? But I feel the same. Just less involved. And more confused. It feels like things I was supposed to deal with and overcome as a teenager. But here I am 26 now. And less sure of my goals than I was 10 years ago. The one thing I know at the moment is that I'm not ready to be back. The more I acknowledge and accept that though, the more realize that I'm just fine and that perhaps I'm just like everyone else. I always hear people say you'll never be ready. To get married. To break up. To have kids. To change careers. To take big chances. How can we ever really prepare for those big moments in life? In my opinion you don't. You just do it and hope to keep your head above water. Sometimes you fail and sometimes you succeed. But no matter what you always try. That's what we did.

So after two years of planning and saving, the end of our round-the-world adventure had finally come to an end. Before we left, I remember day dreaming about what it'd be like as I walked to work from my apartment in downtown Chicago. I would imagine that Chicago was a foreign city and I was there just to visit. That exhilarating thrill of being in a new place was something I couldn't wait to have. The anticipation of the trip made it feel as though it would never come and the last days of work dragged on and on and on… 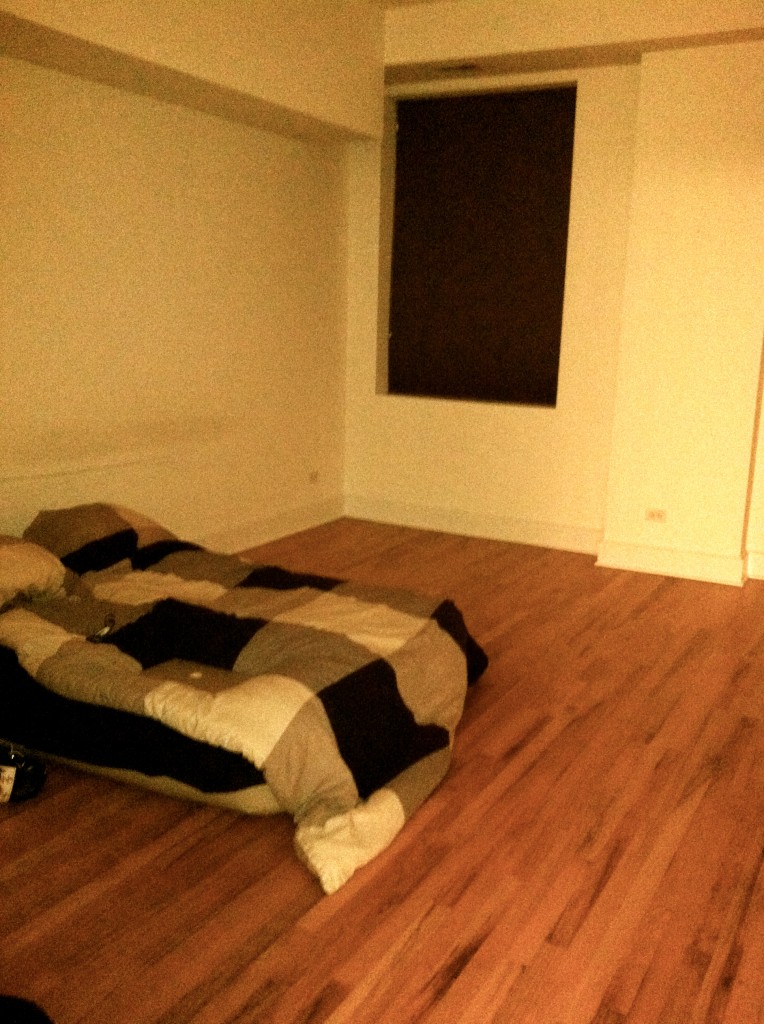 Our bedroom on our last night in Chicago

At the same time, I knew it would fly by. I knew one day it'd be over and I'd be back home. And here I am now in that moment. Where everything we worked toward for years is behind us now. It flew by even faster than I expected and I'm now back at my mom's house in Gilbert, Arizona. The past year has been incredible. Everyday was filled with new people, new cultures, and new places. On the other hand, we've never been so challenged in our lives – all those new things came with new problems like the exhaustion of traveling and moving around every 5 days, never having a home base, or having stomach issues that wouldn't quit. But who could complain about that stuff? It was worth every minute of every experience.

Truthfully though, I'm more excited for what's to come. The main reason I'm not sad that our round-the-world trip is over is because it's not really over. It would be totally different if we were moving back to the U.S. and getting full-time jobs again. But early into our backpacking trip, we knew we'd continue on after it was “done”. We had been captivated by Spain and were determined to return. This next year will hopefully be different from the last because we planned so much of where we went while backpacking. This year our plans are more flexible (or lacking entirely). Our main goal is to stay in particular locations longer. To really see what it's like to live somewhere versus just visiting.

We'll spend three months in Spain until our 90 days are up (per Schengen Agreement policies). If we get the French tourist visa we applied for last week, we can also spend an additional three months in France (perhaps sneaking back into Spain). Even better would be if we get the English teaching jobs we applied for in Spain. It's a teaching assistant position that would keep us in Spain until June 2014. So at this point, how we'll spend the next year is up in the air. We could spend the next 14 months in Europe. Or we might only spend 3 months in Spain. If the latter is the case, we have no idea how we'll spend the rest of the year. Maybe move back to the U.S. Maybe move to Argentina. Maybe Mexico City (we have an affinity for Spanish speaking countries). Who knows? We certainly don't. It's all a waiting game right now, but thankfully we have nothing if not time – that's an incredible feeling. 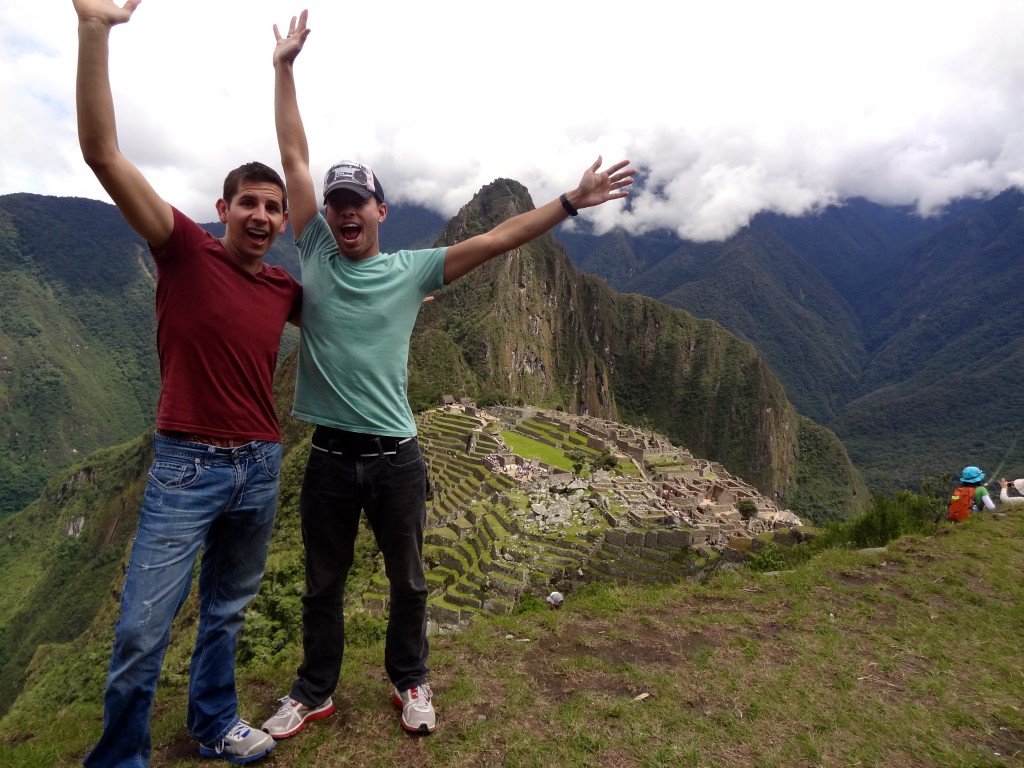 I have to end this post with a BIG THANK YOU to all our followers for joining us the past year and sharing the moments. Thank you to our family and friends for all their support and for those of you who took a few weeks from your lives to travel with us. Thank you to all the travel bloggers we've met, collaborated with, and learned from as we formed (and continue to grow) TwoBadTourists.com. And thank you to all our former CouchSurfing hosts, fellow surfers, and new friends we met on our journey for opening up your lives to us. We hope to see you all again in the future and that we can one day open up our home to you too – that is when we finally have a home. Be patient because it might be awhile!

Do you have your 2013 travel plans figured out yet? What are they? Or where would you like to go this year? Share with us in the comments!