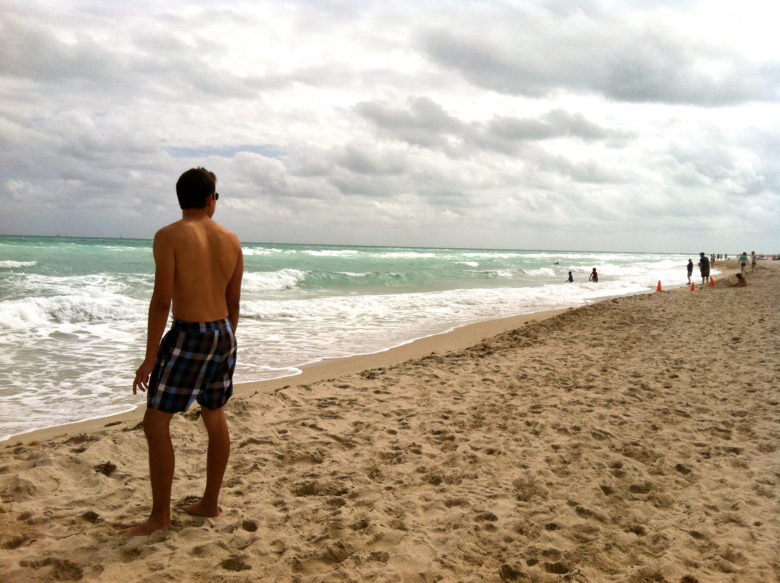 Ok, it wasn't so much ‘sun and fun' as it was rainy and cloudy. When we arrived in Miami we were informed that we had just missed great weather and that apparently we had brought the rain in with us. That was definitely not true since we had just arrived from Brazil where the sun was forcing its bright rays upon us everyday. Unfortunately, Miami was in a bit of a gloom and apparently not happy to welcome us. But like it or not we were coming back to the U.S.!

We had just about wrapped out our round-the-world trip with our last week celebrating Carnival in Brazil. On our way home, we decided to take a five day stopover in Florida. Upon arriving at the airport in Miami, we were immediately stunned by the American abrasiveness of airport staff. It’s exactly what happened to us in LAX when we flew in from Tokyo last December. Stepping off the plane after an overnight flight you're herded to passport control with all your fellow passengers. In both Los Angeles International Airport and Miami International Airport, the welcome party consisted of an old crabby lady yelling at people to get in the correct lines.

“Are you American?!” “Then over here!” “Excuse me. Excuse me! What language do you speak?!” “Permanent residents over there!” “Where is your passport from?”

I guess you have to be tough to handle the excess travelers within busy international airports. Still, everyone is sleep-deprived and confused. The last thing they want is someone yelling at them as they step onto American soil for the first time in however long. This was especially in contrast to Japanese politeness in which nothing is ever your fault and they are pleased to guide your way with a polite hand signal and bright smile. (Though Japanese politeness can get just as frustrating because you can never really know where you stand with someone). 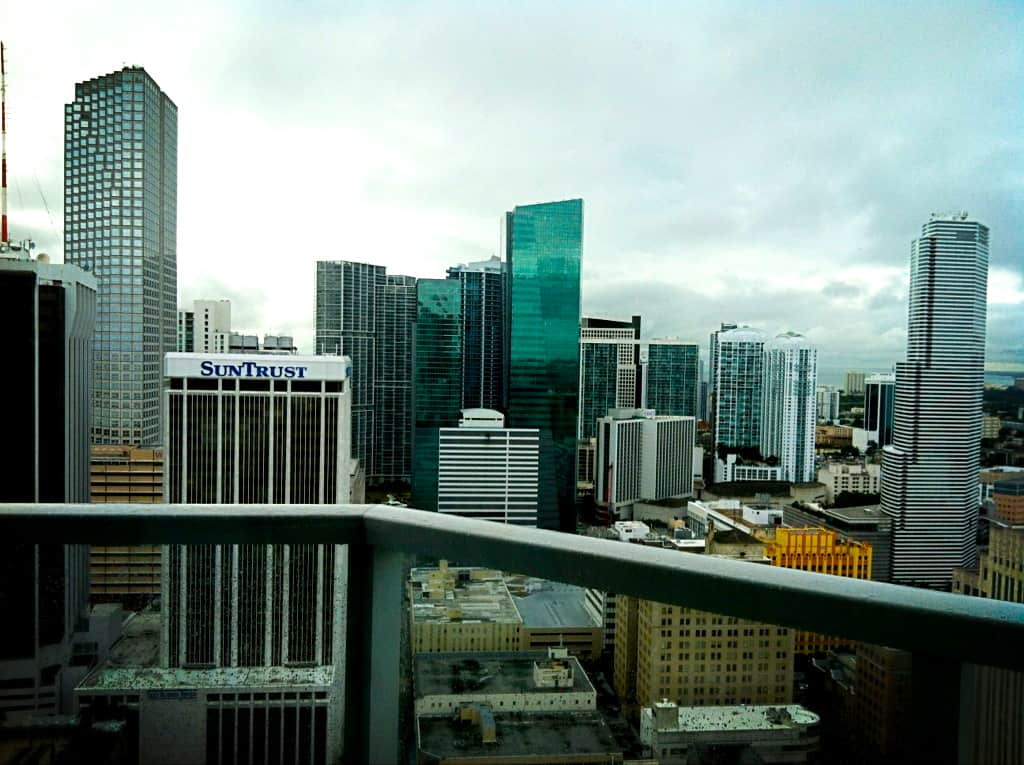 We may not had felt welcomed by the airport employees but we were CouchSurfing in Miami and our host, Rob, could not have been more welcoming. Nor could he be more our type of person. A wine-loving, coffee-drinking, social, and friendly guy. Plus he cooks? We had found our new bff. He also had another surfer, Edison, from China who was currently living outside of Toronto and visiting Florida. It was great to have him bring some culture to the mix and it made for a fun little week-long family during our stay in Florida. On top of that, Rob's apartment location in downtown Miami was phenomenal and made us wish we could move in and become his new roomies. 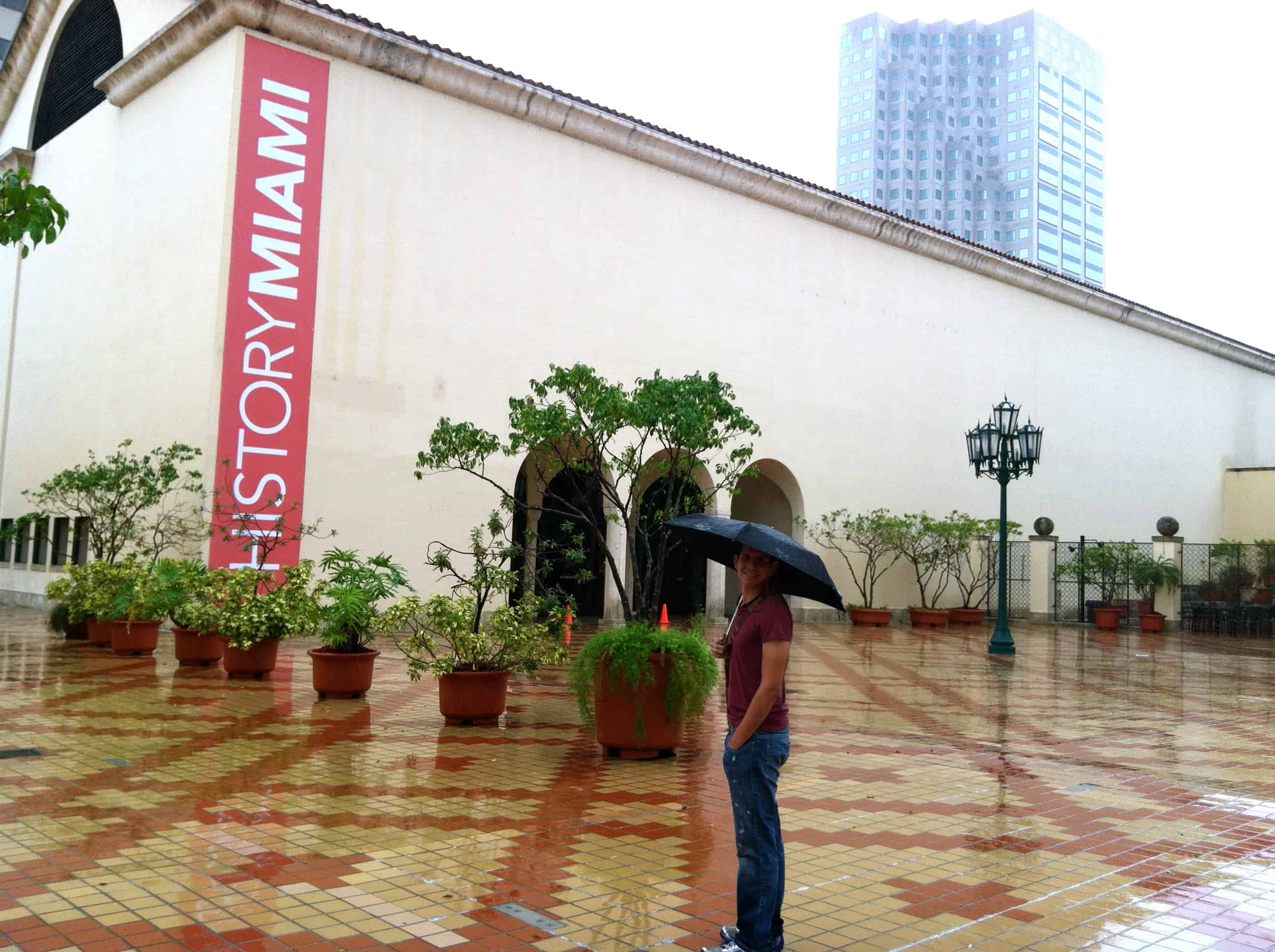 Well it was a rainy start to first day in the ‘sunshine’ state but we made due with a visit to the Miami history museum. A short visit. It's not exactly a riveting museum and Miami's history obviously lacks the dramatic complexity of an ancient city. But it got us out of the rain and we did learn some new things about the city. What new things you ask? Well, as I write this post I have no idea. But at one point I did know and that's what matters!

The next day was spent at the swap market buying fresh veggies and cheap $5 sunglasses. We all were going to cook a lot that week and needed plenty of ingredients. The sunglasses were for Auston because his were stolen along with his backpack in Mendoza, Argentina. The new pair of sunglasses I bought were because… well because I saw them. Oops! The swap market, located in Fort Lauderdale, is not too far of a drive from downtown Miami and has everything you could possibly need. Including chocolate-filled churros. What more reason to go need I give you? Chocolate. Filled. Churros. 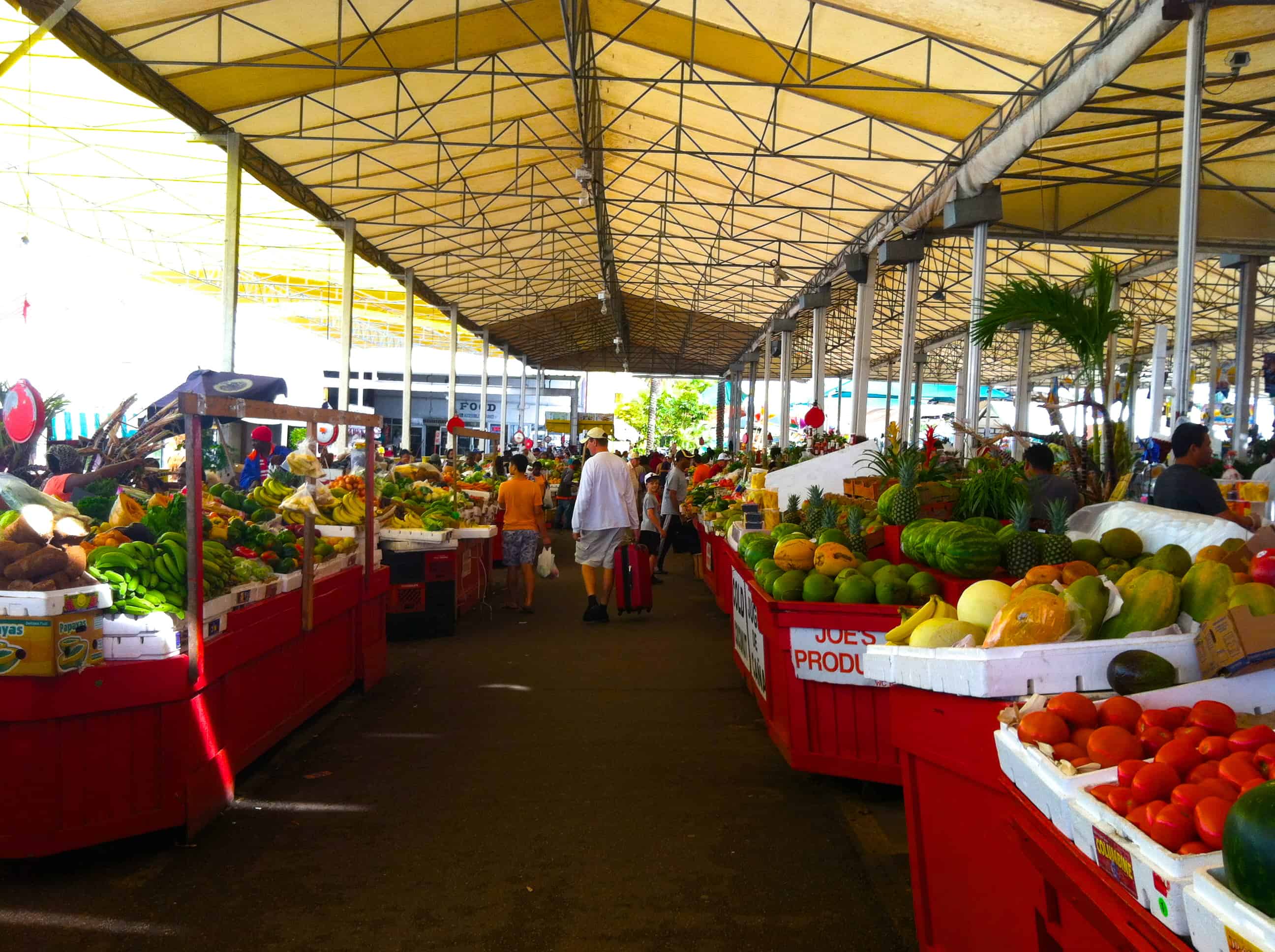 At the swap shop in Ft. Lauderdale

After the market that evening Rob took us along with some of his friends to attend a going-away/birthday party turned CouchSurfing event. We met and chatted with great people at a local restaurant before heading to Wilton Manors for a night out with our new CS friends. Wilton Manors is what you might call the gay neighborhood for Miami/Fort Lauderdale though it's actually its own city. So we went to bar-hop around the area. One of the girls we met at the CS event was not quite 21 yet but had joined us for the night. Wouldn't you know she waltzed right into one of the most popular bars, The Manor, with no problem. But Edison, who is 27, forgot his passport and couldn't be let in. He had to scale a nearby fence away from the bouncers to get in. It was a little ridiculous and reminded us that we weren't in South America anymore. But the one thing that doesn't change at bars no matter what country you're in is how easy it is to get to know some locals. So we did just that. 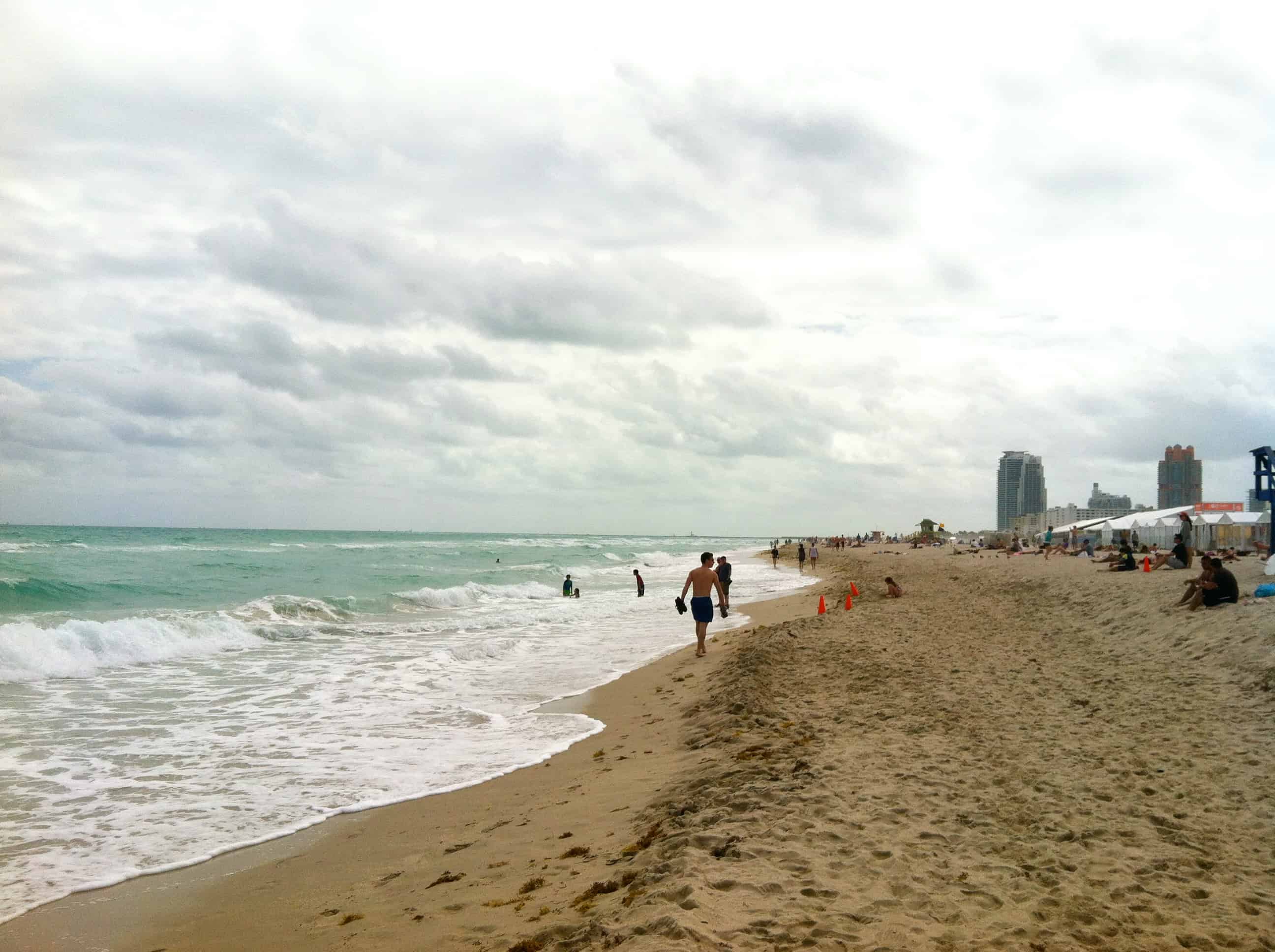 Our last day we finally made time for the beach. Having bus directions from Rob, we headed to South Beach with Edison. Of course when we arrived we noticed they were setting up for a food and wine festival that started the next day when we were leaving Miami. So close to being able to go! At least we finally got to enjoy some Florida sun on the sandy beaches. That is until some rain came in and we wrapped it up early. We then headed to Lincoln Road, a sort of outdoor mall, to check out all the shops and restaurants along the bustling pedestrian only street. It's worth checking out if for nothing else but people watching, though it's not an ideal spot to watch your budget. 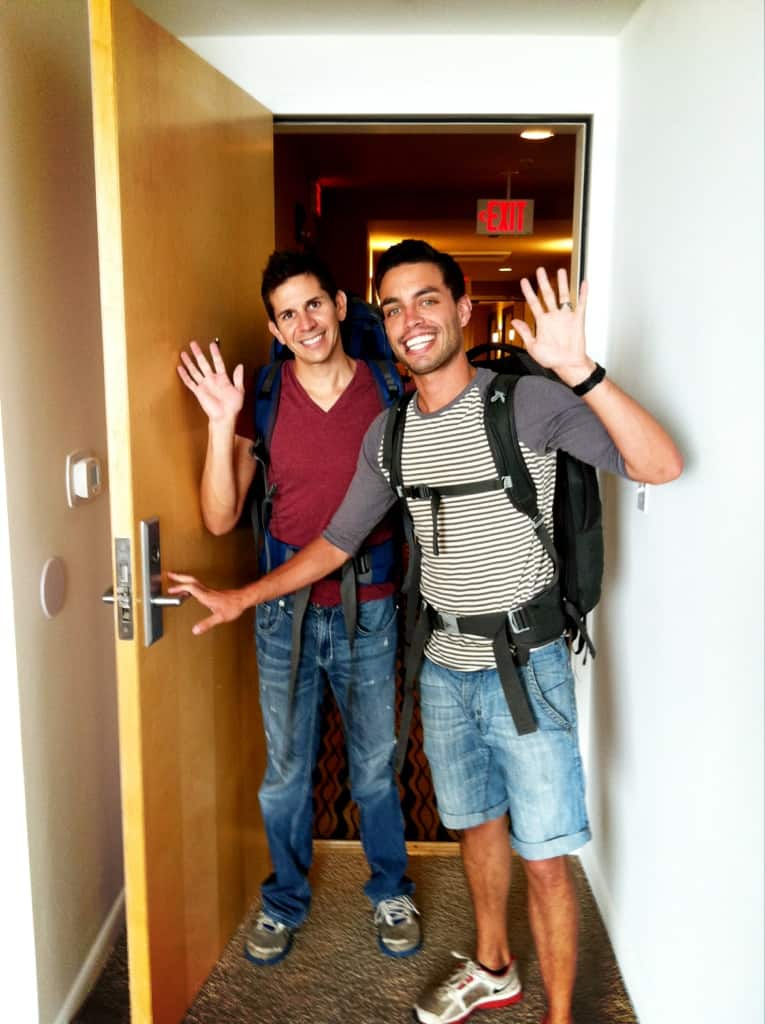 Last day of our RTW trip!

And that was it. The next day we caught our flight to Phoenix. The round-the-world trip had officially ended 10 months and 30 countries later. But our travels are far from over. After some time catching up with family in Arizona, we'll be headed back to Spain for a few months (at least). How we'll spend the next year is honestly still up in the air though.