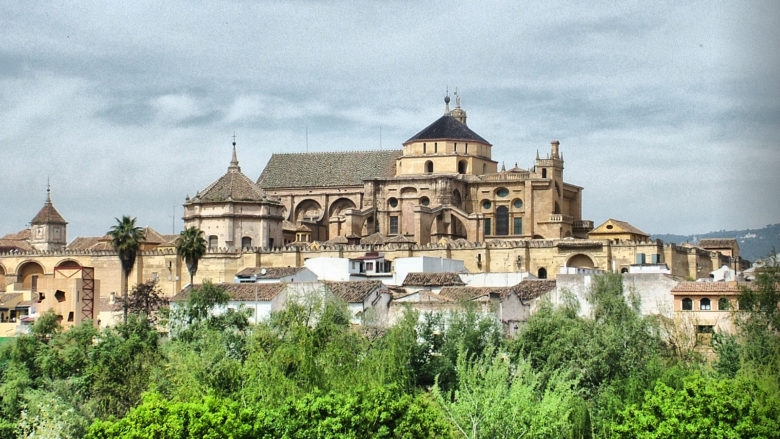 We recently posted about five lesser known Spanish destinations that are worth a visit. Now it's time to discuss our top five destinations – well-known or not – that we plan to visit while living in Spain for a few months. Since we're so bad at planning ahead, writing this post is a good way for us to get the ball rolling on planning side trips around Spain. Plus we just bought our first guidebook. Yes, we've been traveling for nearly a year and have never purchased one! With internet resources and personal recommendations, we never saw the need. But now that we'll be in Spain more long-term it's was time. Our plan is to be based in Madrid because we love it so. Therefore, it's not included as one of our desired side trips since, duh, we'll be living there!

Tenerife, one of the Canary Islands, is the largest of the seven as well as the most visited by tourists. It's the most populated of all Spain's islands as well. Since this is our only pick not on the mainland, we'll be looking into flights to Tenerife instead of our coveted train travel – why there's no train to the Canary Island is beyond me! One of the things we look forward to doing is visiting Parque Nacional Las Canadas del Teide. The spectacular views and strange volcanic rock formations are the attractions here. It makes me think of the volcano we hiked in Antigua. Would love to do it again! For a beach day, we may head to Playa de las Vistas. This popular beach is kept clean, has plenty of space and soft sand, and there's no shortage of restaurants and cafes for a tasty treat! 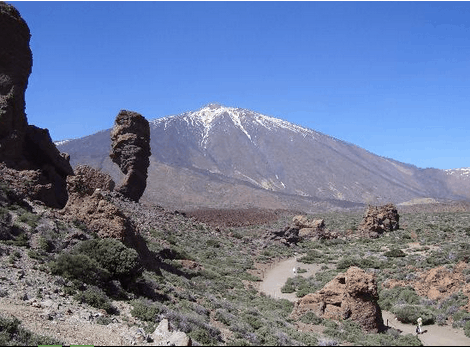 Our desire to visit Córdoba came about when we were in Argentina in the city of the same name. Realizing Argentina's Córdoba was named after Spain's was reason enough to want to visit. The gardens at Alcázar de los Reyes Cristianos (Palace of the Christian Monarchs), a 14th century castle, will be a great place to start especially since Auston loves gardens. There's also the Light of Cultures, a water, light and sound show within the gardens during the evening. Then there's the Mezquita, a sort of religious crossbreed between a mosque and a cathedral. It was constructed in 785 AD as mosque, but when the Spanish reconquered Córdoba it became a Christian Cathedral. So how will the two Córdobas compare? We shall see! 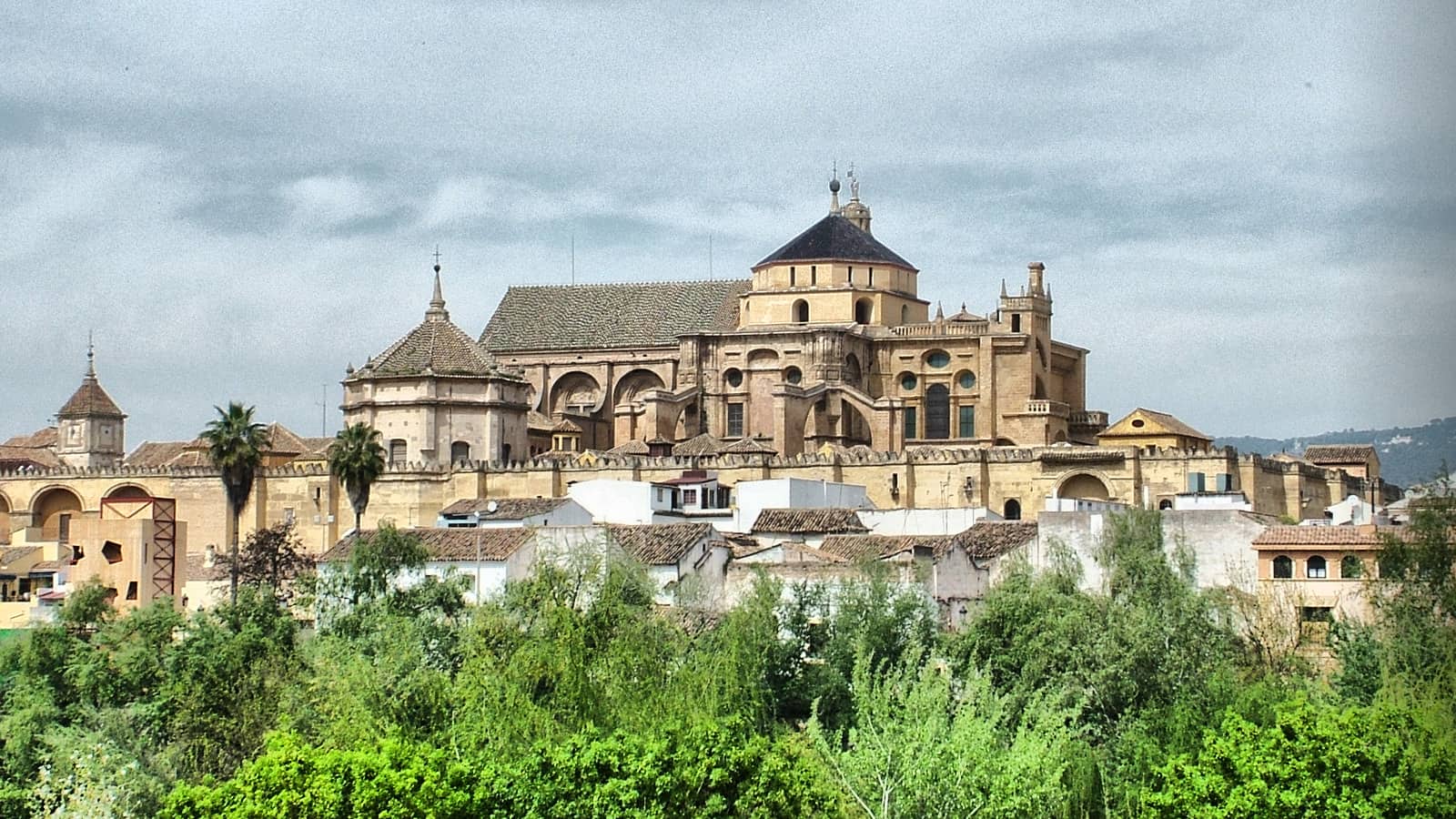 Our Main Reason To Go: Districts/Neighborhoods

Granada, meaning pomegranate in Spanish, is one of the first destinations we heard about while visiting Madrid. We had hoped to have the time to see it, but unfortunately it fell to the wayside. But not this time! Though there are palaces and cathedrals that are certainly worth the visit in Granada, we look forward to just experiencing the different neighborhoods that make up the city. Albayzín is the old Moorish quarter with historic buildings and winding cobblestone paths that create an atmosphere in which you know that just being there is the activity for the day. Views of the Sierra Nevada and Alhambra (a palace) can be enjoyed from the Mirador San Nicolás. Sacromonte is somewhat of a gypsy (gitano) quarter in Granada. The cave homes, flamenco shows, and views of the Sierra Nevada are what make it worth a visit. 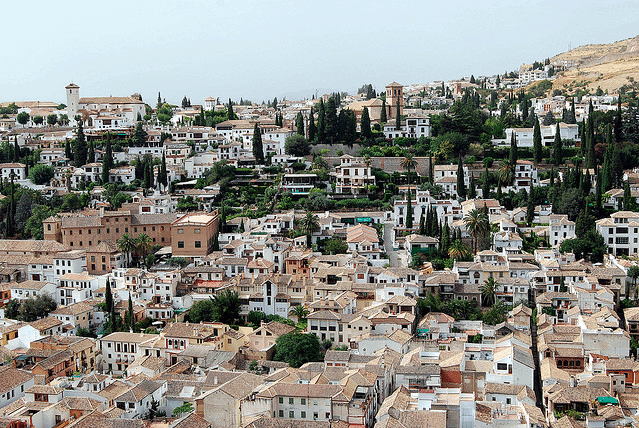 Our Main Reason To Go: Beaches

I first heard about Costa Brava upon a recommendation from my cousin who had traveled their with her husband a couple years back. Many parts of the area have been specifically developed to promote tourism so this is generally a more packaged vacation destination. But that doesn't mean we're going to overlook it! From a rough coastline to sandy beaches, Costa Brava has quite a few options for experiencing its shores and I'm still not done sifting through them all. Perhaps we'll have to just see where the Camí de Ronda takes us. The Camí de Ronda is a footpath with marvelous views that connect some of the coves and tourist beaches along the coast. One of the recommended beaches from this path is Platja Sa Conca, a gorgeous and quiet (so I've read) spot. Sounds perfect for a daytime stroll or hike and hopefully we'll find just the beach we're looking for. 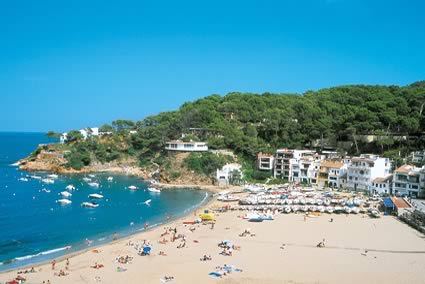 During our round-the-world trip we had dreams of visiting multiple vineyards around the world. In reality, we only went to one in Mendoza, Argentina. We do not intend to miss a vineyard opportunity this time around while in Spain. La Rioja is one of the most popular wine regions in Spain. In addition to touring the vineyards and museums, we're hoping to be at a couple of their annual events, like La Batalla del Vino and La Fiesta de San Mateo. La Batalla del Vino occurs June 29 of every year in the town of Haro. People throw and squirt wine at one another in a tradition that originates from a land dispute with Miranda De Ebro. Normally we would NEVER waste wine in this manner, but we have to admit a wine battle sounds fun. La Fiesta de San Mateo is a week long harvest festival in Logroño that begins the Saturday before September 21. If we're still in Spain come September (this depends on boring logistics like visas, jobs and money), you know we'll be at that festival!

10 Comments on “Our Top 5 Regions to Visit in Spain”