Iguazu Falls was the perfect way to cross the border from Argentina into Brazil and from there we continued our journey to Rio for Carnival, but we had one more stop on the way. Parati is a former Portugese colonial town with well preserved cobblestone streets (or as Auston calls them: cobbleystone) and historic buildings (mainly churches). Getting a bus from Iguazu to Parati wasn't easy though. We were told that we could take a bus to São Paulo and easily catch a second bus to Parati from there. This proved to be much more difficult than that.

Once we arrived in São Paulo we found that we were at the wrong bus station. Hopping on the metro we were relieved that it was a quick and easy ride to the correct bus station. But once there, we were told there was only one bus company that goes directly to Parati from São Paulo. And wouldnt you know it – they were sold out until the following night. But we had hostel reservations that same day and were desperate to get to Parati. Next we were told we could head to Ubatuba  (never heard of it, but why not?) where we can transfer AGAIN for a bus to Parati. So we did this and AGAIN we arrived at a different bus station than our next bus departed from and had to take a stroll to the correct one.

We made it to the station not 45 minutes before the last bus for Parati left that day and there was still room for the five of us! Wait – five? Yes! As you recall we were still traveling with Ed from RexyEdventures. But in addition to his shenanigans, we also picked up two Norwegan girls along the way. We had met them at the bus station in São Paulo and noticed they were frantically looking for a bus to Parati as well. So we teamed up and decided the five of us were going to get to Parati that night come hell or high water. And you know what, we did!

Not even the flat tire on our way from Sao Pãulo to Boobaluba – no Scubaduba – wait, TimonandPumbaa? – oh, Ubatuba! (I could never remember the name) prevented us from arriving that night. Getting in so late, we retired to bed almost immediately at the hostel. But the next day we had plenty of time to explore the city. And you really don't need much time. Parati is a small ocean side town, but unlike Arica and La Serena in Chile, it's not a desolate desert landscape. It's beautful greenery stretches along the coast and into the mainland of Brazil. 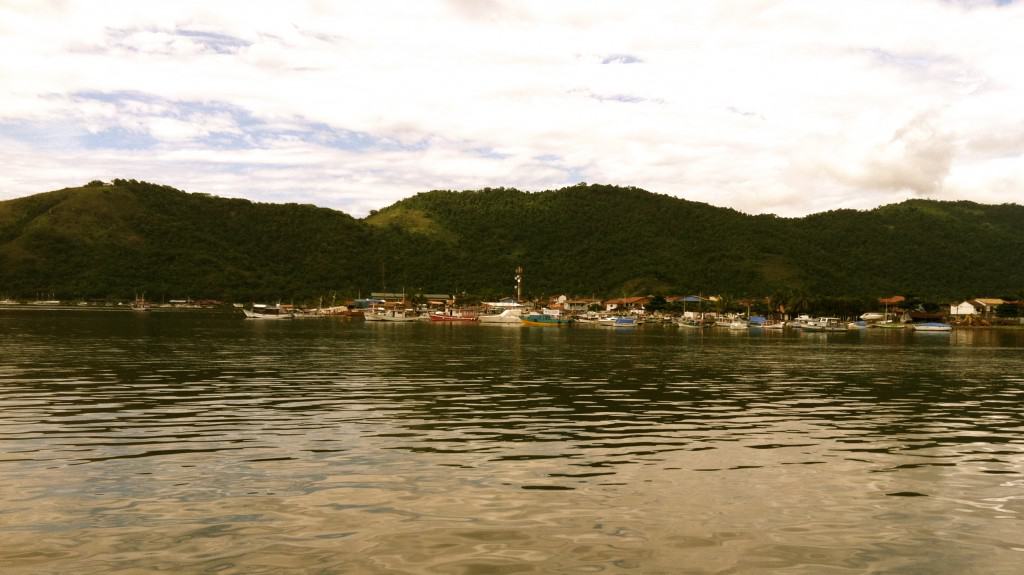 Though it's quiet, there was plenty going on with all the tourists visiting, especially the weeks leading up to Carnival. I'm sure a majority of the tourists (us included) were spending their time in Parati before (or after)  the main festivities of Carnival in Rio. There was even a pre-Carnival celebration in the main square the second night we were in Parati. A perfect warm-up to the chaos that was to come in Rio with live music, food, and an attempt at dancing. And as we did nearly every day in Brazil, we also enjoyed the refreshing taste of a caipirinha (or three) while in Parati. It was by far one of the best drinks we've had while traveling – so much better than the pisco sour in Peru and almost as good as the sangria in Spain.