After an amazing time touring through Chile from Arica to Santiago, it was time to taste the wines, consume the steaks and observe the dances that Argentina had to offer. The first setback was realizing that as of January 7, 2013, Americans entering Argentina have to pay $160 reciprocity fee. What a total bummer! If we had entered by land just two weeks earlier we could have avoided that cost entirely.

Our next plan of action was to scheme our way into Argentina without paying that fee. We read online that Americans entering Argentina via a cruise ship would not have to pay the fee until June 30, 2013. Hoping that this applied to all Americans arriving by sea, we decided to fly to Montevideo, Uruguay first and then take the hour or so ferry ride to Buenos Aires (the plane ticket didn’t cost us because we used airline miles). 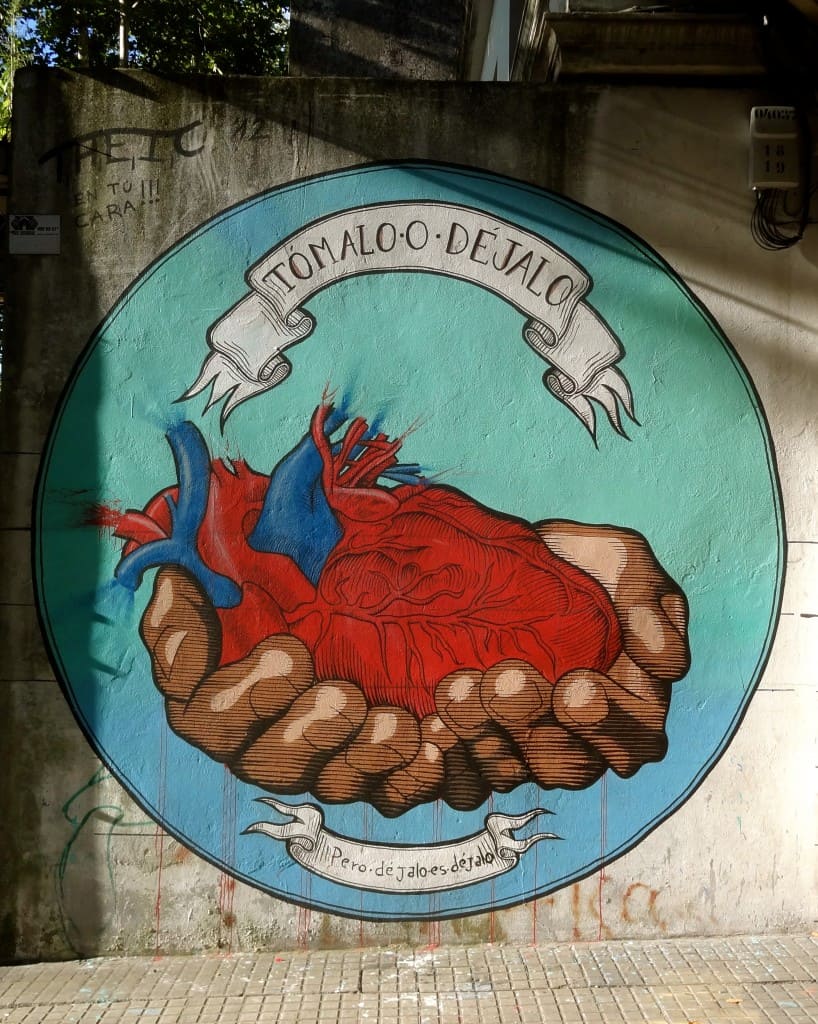 Our two days in Montevideo were not nearly sufficient, but at least we got a taste of the city. For a larger city, we found it quite calm and sleepy even though we stayed in a central area. But knowing we’d soon be in the chaos of Buenos Aires, it was the perfect atmosphere to be in beforehand.

A peculiar thing we saw all over Montevideo was everyone’s addiction to tea. We’re not talking just a cup of tea here and there. They carry around a thermos of hot water for their mate, a traditional drink around South America made from dried leaves of yerba mate. But it seems like such an impractical thing to carry around – a giant thermos with a reusable tea cup and its metal straw. Yet everywhere we looked people had the thermos under their arm as they strolled the streets sipping from their tea cups. We never actually had it, but I hear from others that we’re not really missing anything particularly great. Though hopefully we’ll get to try it another time. 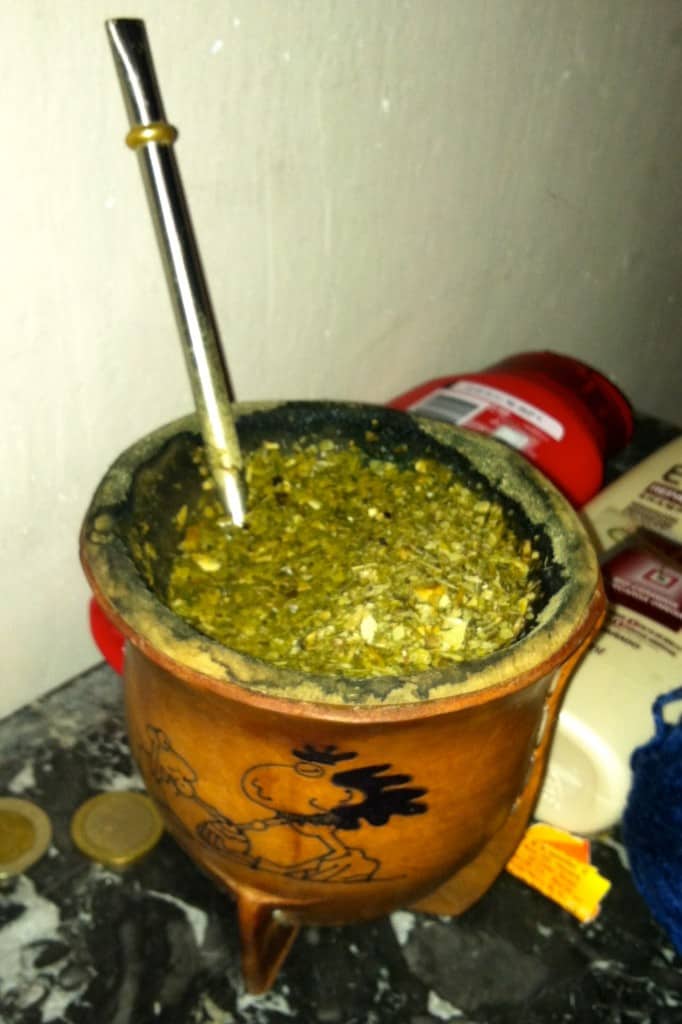 So after a lovely weekend spent in Montevideo, it was time to execute our plan to enter Argentina while avoiding the reciprocity fee. We purchased our ferry tickets online and headed to the bus terminal that would take us to the port outside Montevideo. We walked to the ticket counter to check in and collect our tickets thinking we’ve possibly outsmarted Argentina. But the first thing the woman behind the counter asked us for was our documentation showing that we’ve paid the fee. Damn! So the fee must be paid even when entering Argentina by ferry and the only exception truly is for American passengers of cruise ships until summer 2013. 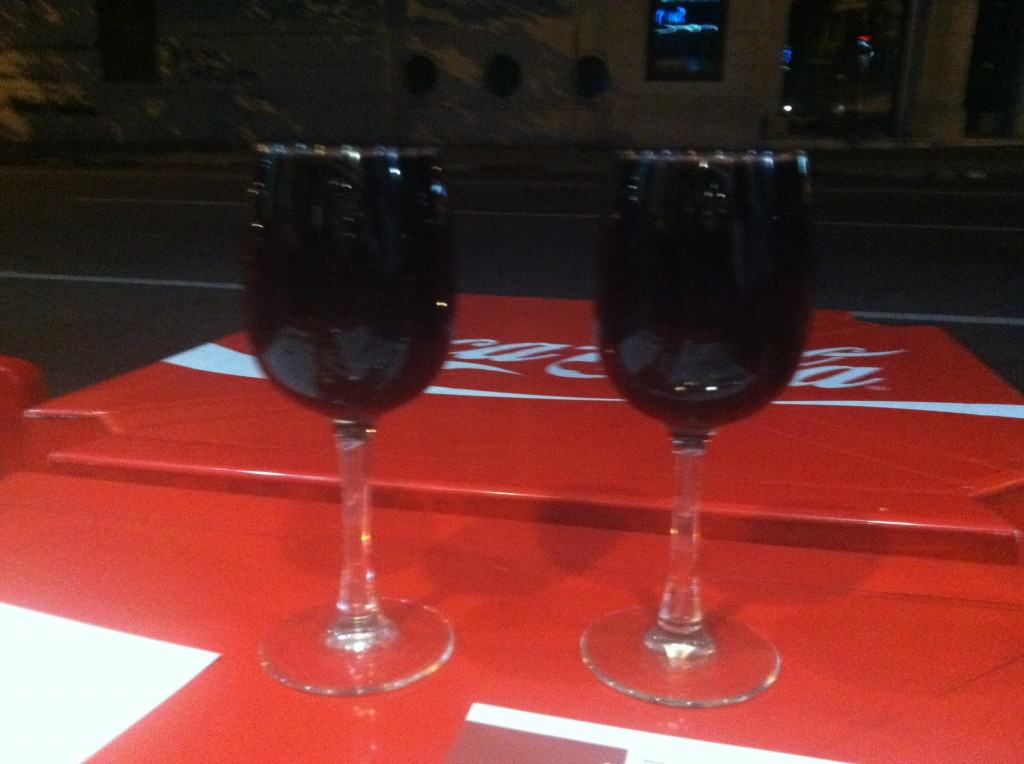 Wine in Uruguay – the way it should always be poured.

Well we were supposed to be boarding a bus to the fairy in 10 minutes and without having paid the fee, we were not getting on the ferry. This is where things got ‘Amazing Race’ style. Luckily, the fee had to be paid online and there was an internet cafe on the other side of the bus terminal. So we hauled ass to it with our packs bouncing on our backs.

Jumping on two computers we began quickly filling out the online form. Auston finished first as I was having payment issues. So he printed his receipt and sprinted back to the bus to see if he could hold it for me while I finished. I finally worked out my payment issues and ran after him, knocking people’s heads with my backpack as I ditched the internet cafe  – there was just no time to feel sorry!

I got to the bus just in time as Auston was stalling the driver. Our bags loaded, we found our seats and the bus departed immediately. Had it taken us just seconds more we would’ve absolutely missed the ferry and been screwed out of a fair amount of money. But we made it and if it had been an ‘Amazing Race’ competition, we would definitely have won! So we couldn't outsmart Argentina's reciprocity fee, but we were sure it was going to be worth paying it to visit the country.