La Serena is a small city in northern Chile that lays just outside its larger counterpart, Coquimbo. It’s one of the oldest cities in Chile second only to Santiago. After our overnight bus ride from Arica, we arrived at the bus station in La Serena far too early in the morning, but thankfully our hostel beds were ready and waiting. We stayed there two nights just as we did in Arica so that we wouldn’t exhaust ourselves from traveling all the way to Santiago from Puno in Peru. 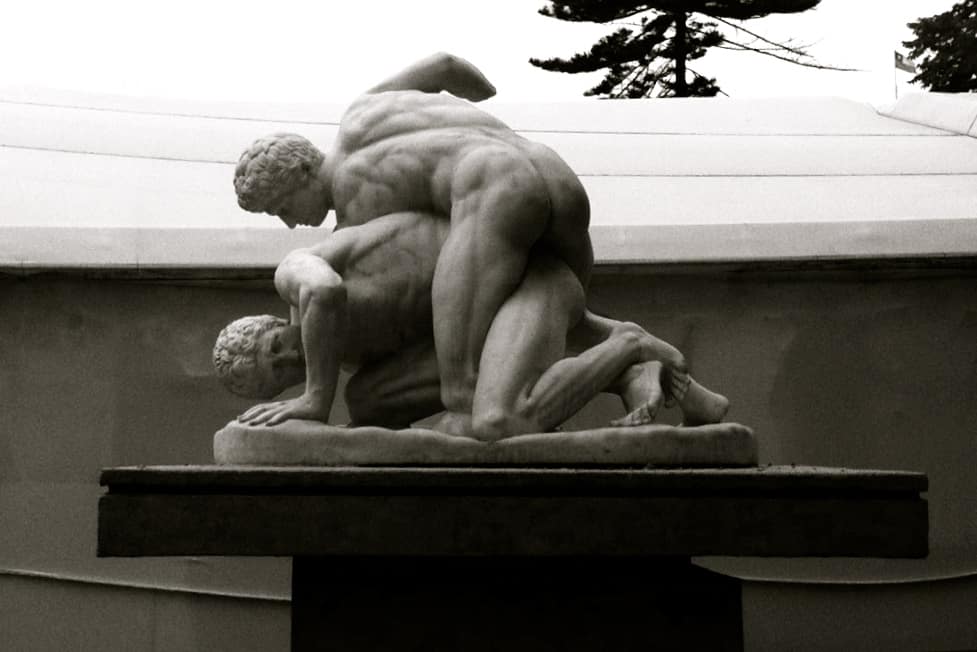 Like Arica, La Serena is another small beach city on Chile’s coast, but we found it to be much more enjoyable. The beaches are nicer and there’s a few more attractions overall to occupy the tourist mind. At the hostel we met Ayesha, a traveler from London, and were pleased to share our first full day with her. First stop was lunch at a nearby cafeteria where we enjoyed cazuela, a traditional Chilean soup suggested to us by our server containing beef, potatoes and a piece of pumpkin among other things. It was excellent, especially with the cilantro which makes anything taste great. 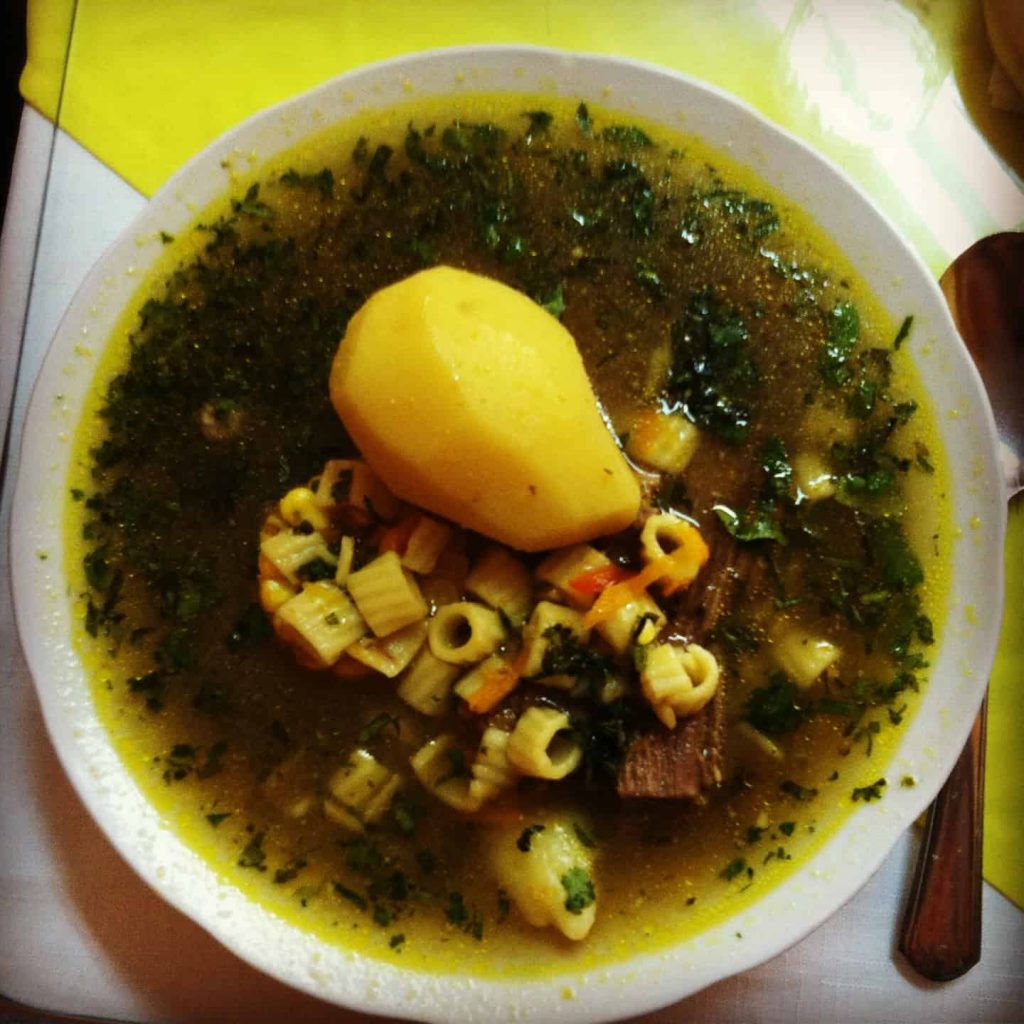 From there is was off to a local handicraft/food market where we had to get our chocolate fix resolved. All sorts of fruits and various snacks were sold covered in chocolate. We delighted our stomachs with chocolate covered pineapple, apple and strawberries while shuffling through the rest of the booths to ‘window shop’. 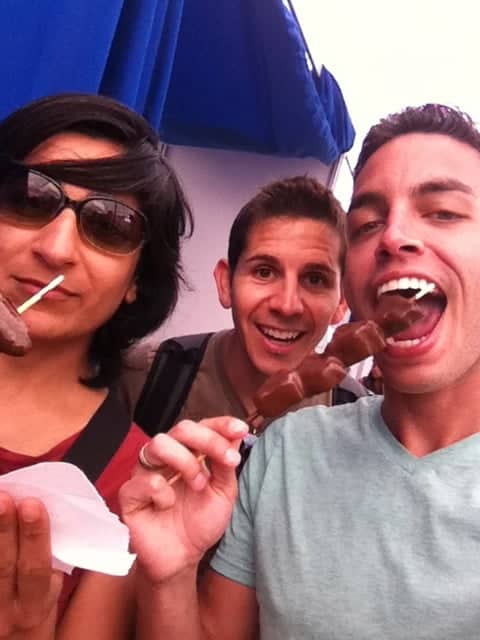 At a market with Ayesha

Later that evening after Ayesha had continued on with her travels northbound for Peru, Auston and I met two locals, Felipe and Sebastian, who brought us up to speed on the gay scene in La Serena. Yes – it exists! There’s a gay bar called Otsu that’s a  quick drive into Coquimbo. Thankful to have locals as our guides, we were ready to check out the bar where watermelon mojitos were apparently the drink of choice. Dancing, drinks, and good company – what more could we need on a Saturday night in La Serena? 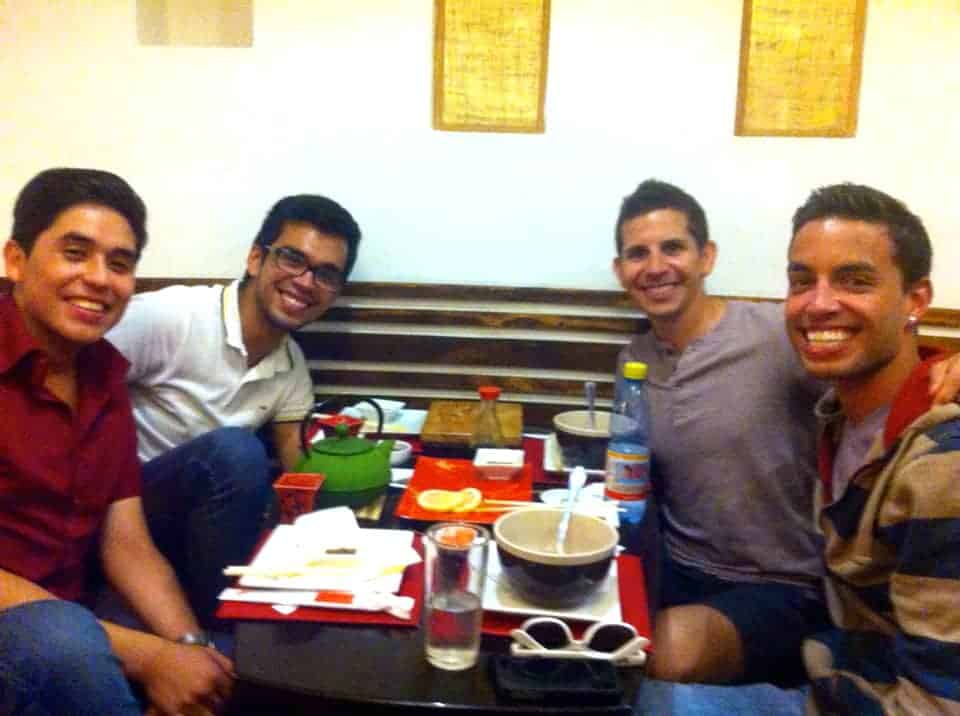 After sleeping in the next morning, it was time to stop being bad tourists for the remaining day and to do a bit of sightseeing.  Like many of the Chileans enjoying the summer weather, we started with a stroll around the beach near El Faro Monumental de La Serena, a lighthouse turned tourist center that marks the beginning of Avenida del Mar, a street interspersed with condos, hotels and restaurants. Later, we checked out the Japanese garden in the city on a suggestion from Ayesha. It was just across the street from our hostel and a perfect way to pass the time until we met our new Chilean friends for dinner that evening. The garden was gorgeous and obviously well cared for, but still not comparable to the ones we encountered in Tokyo and Kyoto – they’re the real deal of course! 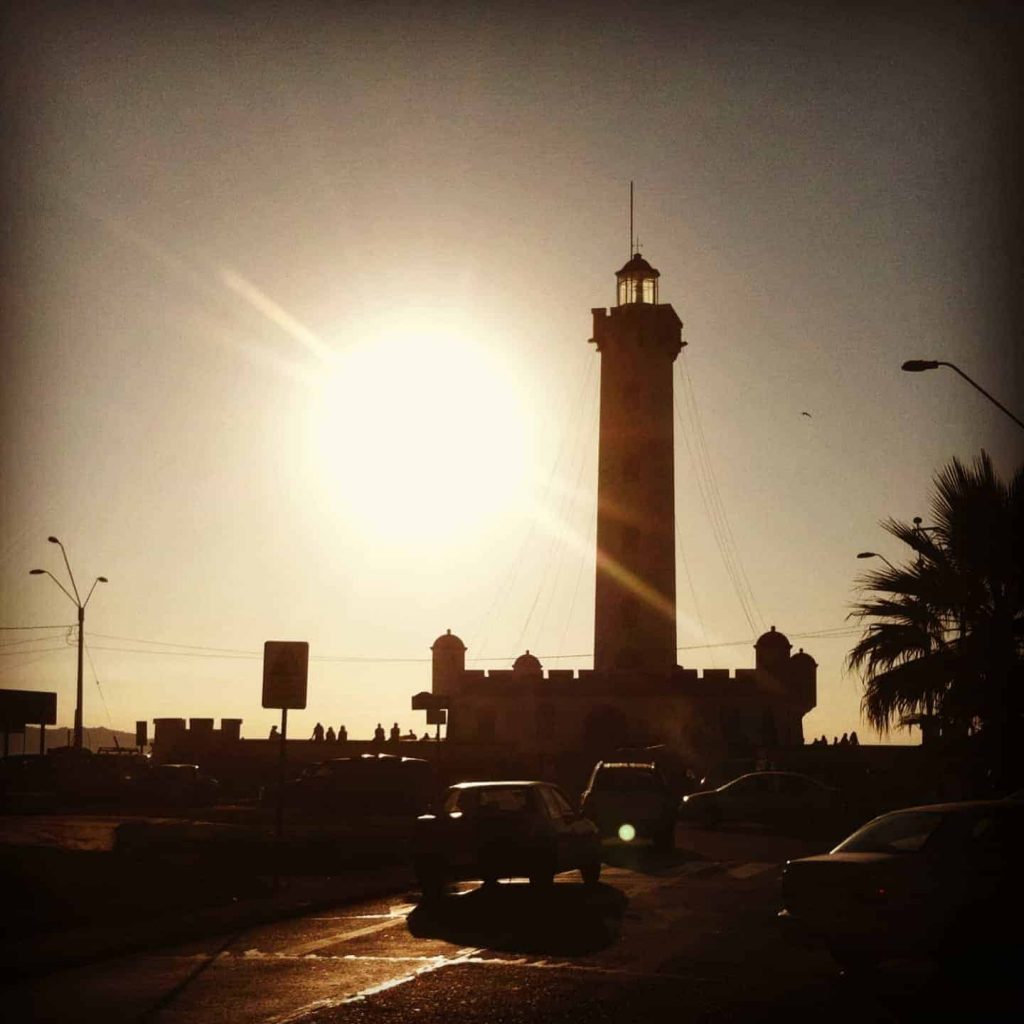 As dinner rolled around we were picked up by Felipe and Sebastian to enjoy some Chilean style sushi (which is just like any other sushi I’ve had). What was great about spending time with these two (aside from our analogous sense of humors and overall inappropriate conversation topics) was that they willingly shared their city with two foreign strangers and even allowed us to practice our Spanish while being patient with the butchered sentences we spilled into the conversation. When it was time for us to depart, they then graciously drove us to the bus station and Auston and I were relieved to not have to walk there with the suppressive weights of our backpacks!

Having completed two long bus journeys from Peru down the coast of Chile, we had only one more until we made it to Santiago!

Leave a Reply to TwoBadTourists | Bus Journeys to Parati, Brazil