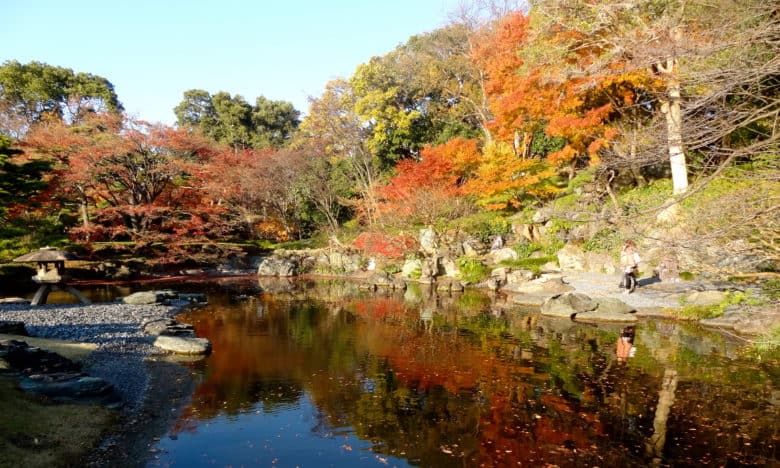 Heated toilets that spray and dry your ass. Restaurants with buttons on the table to signal your server or touch screen menus to order your food. Vending machines selling hot canned coffee or cold beer. Taxis with automatic passenger doors. One of the largest and most intricate public transit systems in the world. Pristine streets despite a notable lack of garbage cans and a population of over 13 million people.

Whatever it may be, Tokyo seems to do it better. It's like visiting a city that's 5 years ahead of everyone else. Being admirers of big city life, we were in our element in Tokyo. It's one of those cities where we arrive and immediately think “We could live here” (we have also thought the same of Mexico City, Madrid and Hong Kong).

We had heard of people having trouble CouchSurfing in Japan because of their rather conservative culture, but we had just the opposite experience. In fact, Japan is the country where we have CouchSurfed the most thus far – with 3 hosts. Even luckier, our first two hosts sought us out on CS and invited us to stay with them. We attribute it to our natural charm and our David Beckham good looks, but after a small reality check it's clear that they were just amiable hosts whom we were grateful to meet.

With our first host, we stayed in the Roppongi district, a prime area of Tokyo.  We were walking distance to the Tokyo Tower and a few other tourist sights, a few train stops away from Shibuya and Harajuku for shopping and dining, and a moderate distance from Shinjuku ni-chome for the bars and clubs. Though it's undoubtedly an expensive city to visit, a bit of foresight helped to keep expenses to a minimum.

Our host pointed out izakayas that had set prices of ¥270 (~US$3) for all food and drinks on the menu. Being partial to these helped rein in the eating out expenses. As for the nightlife, it's a “go big or go home” situation. Ideally you want to take public transit home after the bars, but unfortunately all the train lines close at midnight and buses are near nonexistent. The solution here for Tokyo's bar hopping youth is to stay out until 5am when the train lines open again. It makes for a long night, but taxis charge an initial ¥710 (~US$8) to start and ¥250 (~US$2.85) for each subsequent kilometer. If you're looking for a good view of the city, the Tokyo Tower is an obvious answer but at a cost of ¥820 (~US$9.30) to get to the observatory. The Tokyo Metropolitan Government Building on the other hand has a free observatory for your eyes to feast on that delectable Tokyo view.

Not fussing much over finances (which is a rarity!), we enjoyed everything Tokyo had to offer. Though admittedly, I couldn't handle the toilets. I tried letting one wash and dry my tush once but it tickled so bad I couldn't handle it. Traditional toilet methods are good enough for me and my bum!

Browse through our Tokyo photos here!

10 Comments on “Tokyo Does It Better”