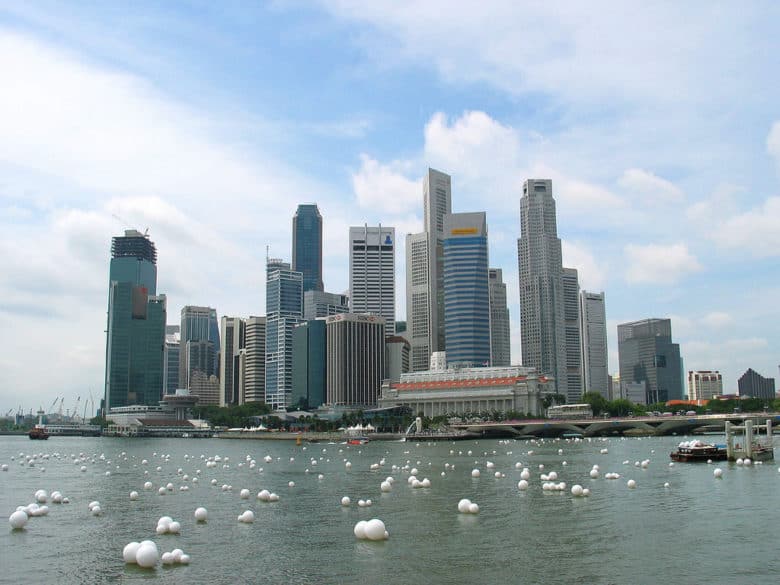 Our trip to Singapore was supposed to include another CouchSurfing adventure, but unfortunately a lack of vodka lead to a lack of a couch…

Strange, right? We found a host who agreed to have us stay with him for 3 nights while we were going to be visiting the island. He inquired if we could purchase a bottle of alcohol duty free from the airport on our way in for a pool party he was throwing. This seemed somewhat reasonable seeing that Singapore is an expensive city-state and alcohol is no exception to that premium.

It wouldn't have been an issue except that we weren't flying there, we were taking the train (and several buses). Still, we offered to purchase a bottle while still in Bangkok (a much more economical city), but we discovered that we would have had to declare it and pay ridiculous taxes for bringing alcohol into Singapore. With the failure of that last option, we received a final message from our potential host.

“Sorry I won't be able to host you guys. My friend insists that the guests bring a bottle of spirit so that we can have a pool party in Dec. I will be having another couch surfer instead.”

Ouch! And how lame!

CouchSurfing is definitely not about picking surfers who can buy you things – especially (as we found out later) for parties that they're not even invited to. It was our first pseudo-negative experience with CS. And really, it wasn't even that bad just surprising. It probably wouldn't have been a good match anyway considering our different takes on CS. On the flip side, we did find a great hostel to stay at in the Little India district and still enjoyed our time in Singapore of course!

5 Comments on “No Vodka Meant No Couch in Singapore”