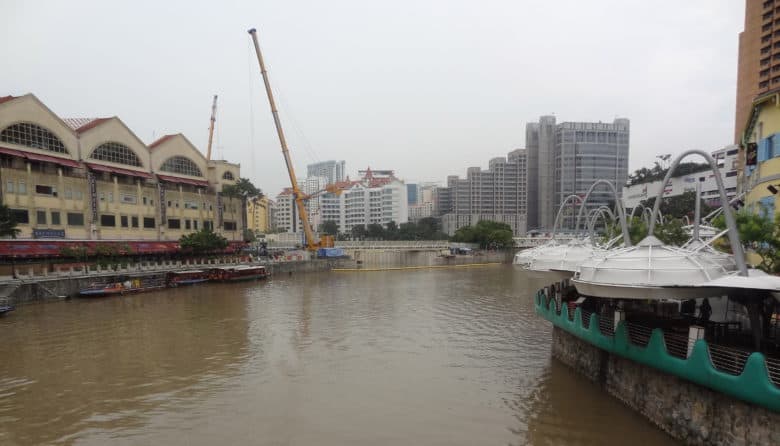 Singapore is a multi-island city-state draping off the southern tip of Malaysia. Having a love for big cities and striking skylines, we were eager to experience its distinctive culture. Though upon arrival, the city appeared sterile with a sort of manufactured feel. Considering it contains a remarkable mix of cultures (predominately Chinese, Malaysian, and Indian), we were expecting another rush of the senses like our time in India or to see the local culture spilling into the street much like Bangkok. 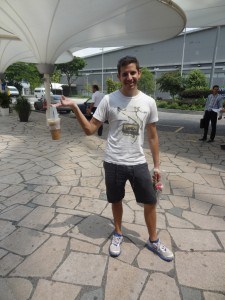 Bought a coffee with a useful(?) plastic bag handle 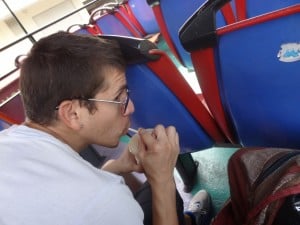 Sneaking our coffee on the city tour bus

But Singapore is a city of rules, fines, and discipline and can't be compared to its surrounding Southeast Asian neighbors. This is not to say that it's void of local culture or that it's never apparent. Just that it's slightly subtle and you have to know where to find it. 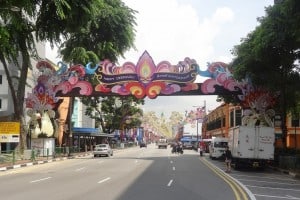 The Little India district is a copy of the country itself absent the pollution, disorganization and roaming cows. It has restaurants serving up the best of Indian cuisine, though not at typical Indian prices (it's still Singapore!). The food stalls at the hawker centres are where you can find great local foods almost equivalent to the street foods of many Southeast Asian countries. They're just setup in a more organized and controlled manner which assists in managing licensing and food hygiene. 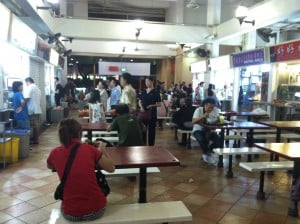 Dinner at a hawker centre 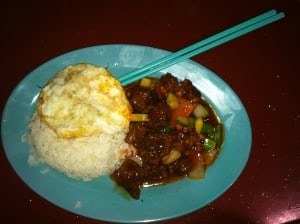 Sweet and sour pork with rice!

We visited those areas and a few others, but really didn't do too much in order to prevent sizable dents in our wallets. It's too bad we couldn't CouchSurf in Singapore. Perhaps we would have found some cheaper tricks to seeing the city and saved a buck on accommodations! 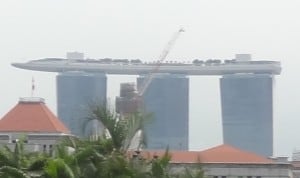 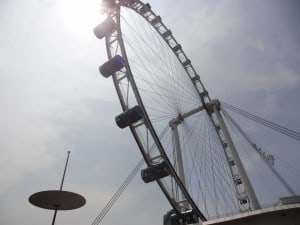 Some things you can be fined for (heftily!) in Singapore:

And while you can chew gum there, selling it is prohibited!

7 Comments on “Singapore: Where You’re Fined for Not Flushing the Toilet”