India is almost exactly as the guidebooks and travel blogs describe it: an assault on the senses. The congestion in New Delhi was intense. Between all the motorcycles and rickshaws speeding by, the potholes in the unkept roads, the waste on the streets, the vendors and hoards of people walking by them and the roaming cows among everything, it’s all you can do to walk a block without going down in the masses. I just kept singing to myself,

It’s from a Jerry Seinfeld stand up. Check it out if you haven’t seen it! Well, i suppose you get used to it in a few days or so and soon all the car honking and chaos becomes background noise to the great things the city has to offer.

Normally we will opt for a general city tour upon first arriving at an unknown destination, but New Delhi offered something a little more unique and eyeopening. The Salaam Baalak Trust offers city walks guided by former street children who are now employed as guides. They walk you around streets and back alleys that explain the way of life for a street child. The guide also explains how he or she (actually, just he because they’re all male) ended up on the streets and how he got off them.

Part of the tour is spent in a current housing unit where kids who decided to join the Salaam Baalak Trust stay. They also have opportunities for international volunteers. If you’re more into seeing historical sights, you can also take the tour of Old Delhi offered by the organization. It’s all a great way to see the city as well as put your money toward a positive cause.

Side note: as for why all of the former street children guides are male, it’s because firstly girls are less likely to even runaway from home in India. Secondly, when organizations do find them, they’re more quickly connected to get them off the streets to avoid inevitable and specific risks that the boys don’t face.

Deities from multiple Indian religions are put on the walls so people won’t urinate on it.

Visiting with the kids 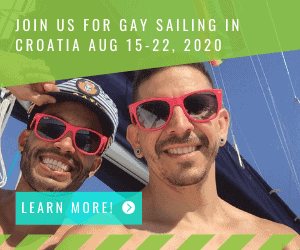