Crossing the Border from Mexico to Guatemala by Land

If you’re a broke traveler trying to get to Guatemala City from Mexico City, then you have the great fortune of crossing the boarder by land rather flying directly into the country. You’re going to want this tip because we certainly could’ve used it.

So if you’re taking a bus, it will stop upon crossing into the Guatemalan boarder from Mexico. Obviously you’ll get off and present your passport for that infamous stamp. But before you do that, you have to speak with the Mexican officials. They will want to see that form you filled out when you arrived into Mexico. That form that I unfortunately left in my bag on the bus. So don’t forget to bring it with you!

Afterwards, you’ll have to leave that building to present your passport to the Guatemalan officials at another window. It costs Q50 (Guatemala Quetzales) to get in. I would recommend doing a currency exchange in Mexico before you even head to Guatemala so you don’t have to worry about it when you get there.

But if you’re last minute like we were, you’ll have to exchange your pesos for quetzales on the spot. And you won’t like the exchange rate. Anyway, expect to be bombarded by people trying to exchange your money for you. I suggest you exchange with the Mexican officials who are wearing badges. They’re probably least likely to screw you.

Then when you go to present your passport to the Guatemalan officials, walk up to the window on your own. You will have 5+ different Guatemalans insisting that you need help. They’ll block the way to the window and take your passport to get stamped for you. But they’ll up-charge you. This totally caught us off guard and we didn’t even realize they weren’t Guatemalan officials. So we got screwed out of Q20. Which isn’t much, but still. They took some of our pride with it.

Then we saw everyone else declining their help and walking up to the window themselves. So just be sure you do the same. And just tell all the other people offering to help that you don’t need it. 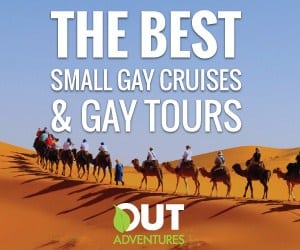